The argument for sexual exclusivity 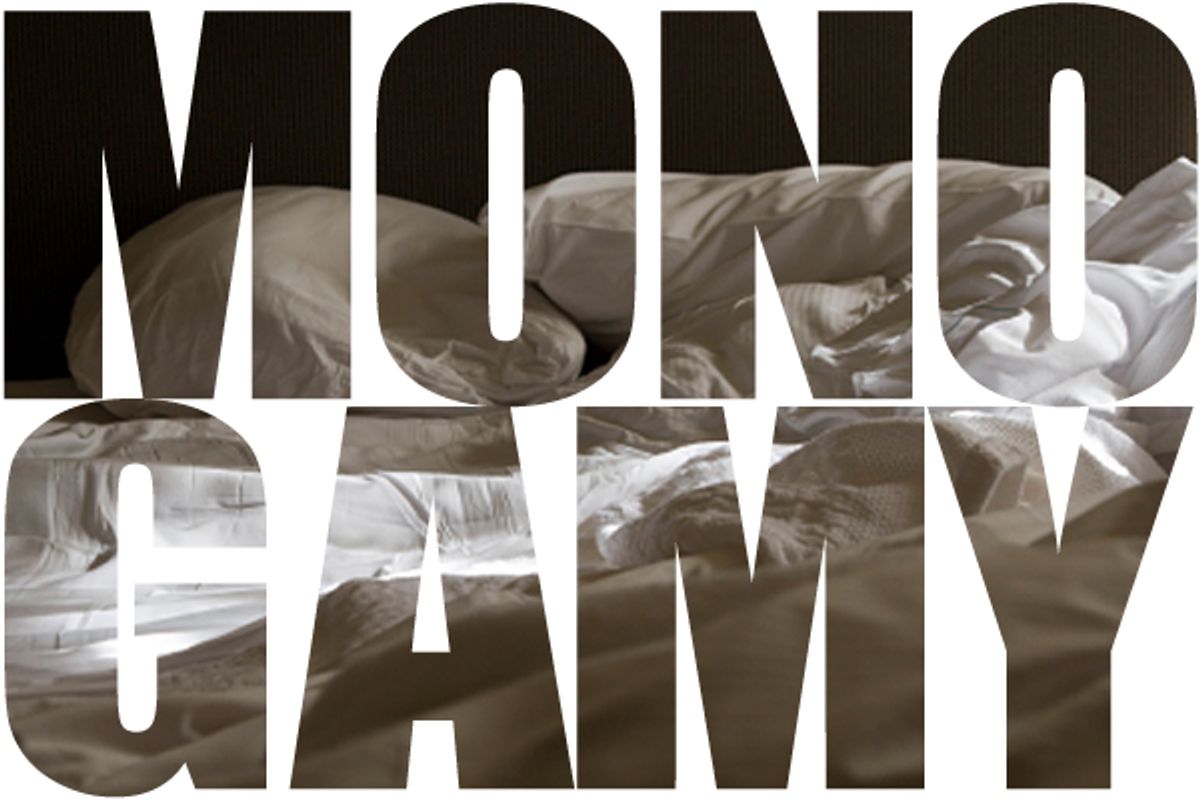 So, it turns out it's difficult to find a researcher willing to defend monogamy.

We've already had experts weigh in on the many challenges associated with sexual exclusivity, so this week it felt like time for an optimistic and passionate endorsement of the maligned practice. That would be easy to find if I was interested in ideological or religious reasoning, but I wanted an empirical approach -- I wanted facts! The problem is that experts from relevant fields, like sociology and anthropology, are often more inclined to highlight the diversity of romantic arrangements around the globe.

Eventually, I found a willing defender: Justin Garcia, an evolutionary biologist at Binghamton University. It's no accident that he's a scientific advisor to Match.com, which needs all the romantic optimism it can get. There's just one small technicality: His evidence supports social monogamy, which is not always, or even often, accompanied by sexual monogamy (more on that later). This might seem like a rhetorical sleight of hand, but his views raise the intriguing possibility that our continued idealization of sexual exclusivity -- despite many unattractive cultural blemishes -- is actually the best argument for the practice.

Garcia spoke to Salon by phone about sexual jealousy across cultures, the evolutionary purpose of romance and why we're capable of cheating on people we love.

Why have I had such a hard time finding researchers willing to speak in defense of monogamy?

That's a great question and I think there are a couple reasons. One is historical: Romantic love was never a topic that was easy to get funding to research. It's been when we study perturbances in love -- things like couples who have problems and need therapy, the effect of infidelity on marriage -- that it becomes fundable. Often the very basic question of why humans bond romantically tends to be one that escapes a lot of us.

It's also true that a lot of people in the social sciences are really reluctant to say that there are human universals. We don't see monogamy all over the world -- the one consistent thing about human sexuality is that it's wildly diverse -- so there is a lot of caution about talking about monogamy in terms of human nature.

So are there universals when it comes to romantic relationships and love?

What we find is that the idea that it takes a village to raise a child is absolutely true. Humans are what we call cooperative breeders. It takes multiple people to raise offspring, and that's the mechanism by which we're socially monogamous. People commonly mistake sexual monogamy and social monogamy. Few animals on the planet are sexually monogamous.

Most people around the world pair bond with one person, partly because of resources. Think of how expensive it is to date one person, let alone three. Our legacy is characterized by forming these intense bonds for reproduction. Think of how many kids are in college and have parents still paying their phone bills or their car insurance. We have really extended childhoods. Kids take a tremendous amount of effort, more than any other animal on this planet. Romantic love has evolved, as biological anthropologist Helen Fisher has brilliantly argued, to promote those love bonds, to keep people together. It's probably one of the most profound human experiences. Love drives us to do remarkable things, sometimes crazy things, much more so than anything else, even the sex drive.

We're talking about what we call pair bonding. The idea is that it's a social bond, that two organisms are bonded together to raise offspring. There aren't a lot of animals that pair bond -- it's the minority of mammals. Among the apes, there are gibbons and they're socially monogamous. They can bond for life, they defend their territory together, they defend each other to the death and they raise offspring together -- but they're not sexually monogamous. Genetic evidence over the last decade found that a fair number of times the dad's raising a kid that's not his.

In most cases, particularly in the West, we expect sexual monogamy if we're socially monogamous, and that's even true of animals. If you look at a species of birds that pair bond for a season, when an intruder tries to mate with the female, the male will try to kill the other male and he might even try to kill the female for straying. This all raises an interesting question: How is it that, from humans to gibbons, you can be so strongly socially bonded -- what we might call "love" -- with one individual but be able to have sex with another? That's because the two systems can actually operate independently in our brain.

Is there a difference in the benefits of social monogamy versus strict sexual monogamy?

Sexual monogamy isn't a different system, it's just a different component of it. It's expected in species that pair bond, but rarely do any of them actually do it. Humans can, but it really all depends on our decision-making and whether we want to. So we're really a weird beast in this case.

Why do we so prize sexual monogamy?

I think that gets back to biology. With any pair-bonding species, if the male isn't sexually monogamous then the female worries that the male's resources are going to go elsewhere. If the female isn't sexually monogamous, then the male worries that the female is going to have offspring that are sired by another male, so he's going to end up raising kids that aren't his. There's a real biological prerogative that if you're a species that requires dual parental care, you really want to know that you're the parent or that you're getting all the resources -- because it's your biological immortality that's at stake.

It seems you could argue that our notion of romantic love is a construct that serves to protect that evolutionary self-interest.

I think you're right, but we have to be careful here. Does our culture make us feel that this is more intense than it is to our basic nature? Perhaps, but people often take that to mean that since its culturally bound it's inauthentic -- but culture is everything! Culture is the context. Even if it's our culture that makes us feel it, we still feel it. It doesn't change just because we may have a propensity to not be sexually monogamous. If we all stray there's gonna be a lot of angry people out there. That's the culture that we live in. Just because culture has an effect doesn't mean that it's any less true about what it means to be us right now.

Should we shift our focus to social, as opposed to sexual, monogamy?

The problem if we just embrace the social and not the sexual is that jealousy is also an evolved system. Humans in particular get very jealous, especially over infidelity. I just finished a study with a colleague of mine, we looked at men's and women's reactions to infidelity in over 100 different societies around the globe using ethnographies. It's almost always the case that when your partner sexually betrays you, people get upset and react intensely. There's one story of a woman chopping off her [straying] husband's testicles at a group event and throwing them in a fire pit. There are intense reactions that both men and women engage in.

I'm inclined to say that social monogamy is a biological prerogative because, particularly for males, it means that you know who the parents of your offspring are. But then there's also a psychological component: Having that deep relationship with someone can be really magical and people all over the world experience that, but we don't give enough serious attention to how powerful those bonds are. They can really change someone's life, often for the good.