Could the sun save us from global warming?

Natural solar cooling cycles could buy us enough time to switch away from fossil fuels. An expert explains how 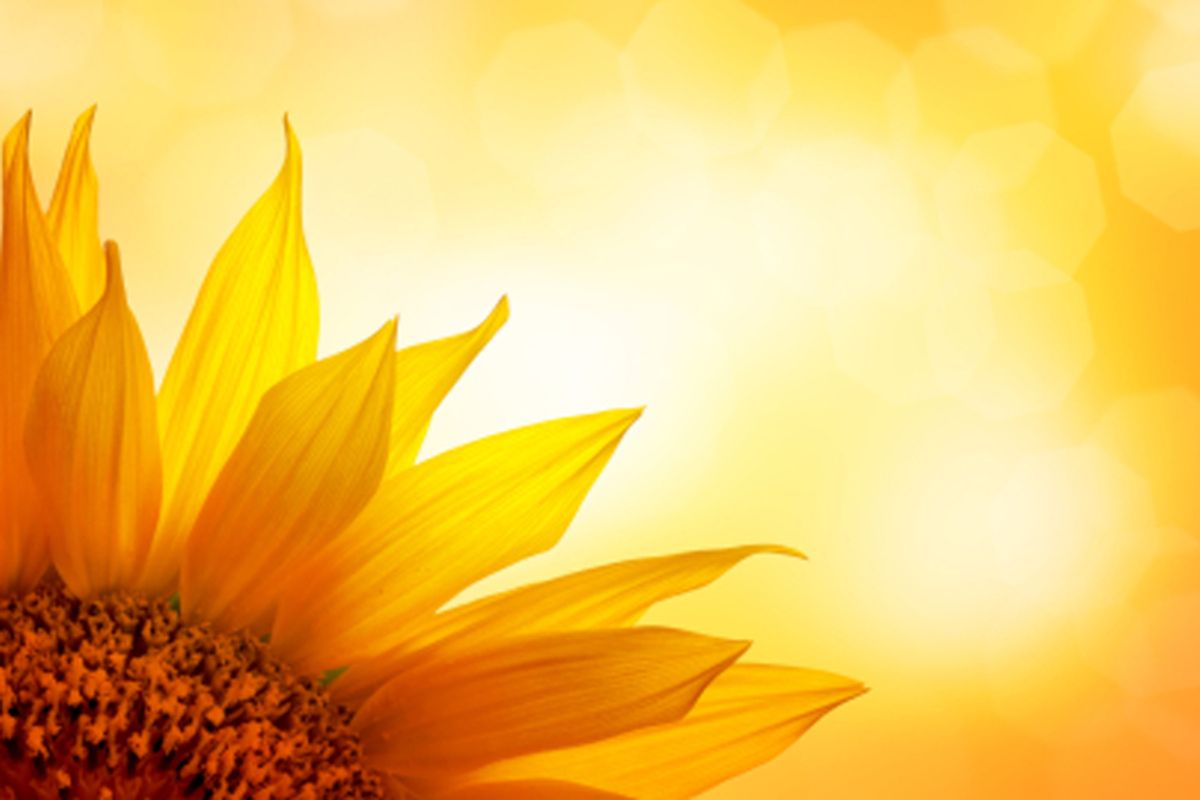 During the summer months, it's both difficult and remarkably easy to forget how dangerous the sun can be. Sometimes it takes a space weather event to reinforce the point. Last month, the Solar Dynamic Observatory recorded a massive eruption on the sun's surface that produced a mushroom cloud of ionized particles. Had the resulting solar winds struck the Earth's magnetic field directly, the damage to our electrical grids might have proven catastrophic. If you think our politicians have a tough time agreeing on debt ceilings, just imagine how much difficulty they'd have figuring out how to finance trillion-dollar repairs to our country's infrastructure.

As astronomy author Bob Berman's new book reveals, storms like these are actually a common byproduct of the Sun's 11-year cycle of pulsing, dimming and brightening. "The Sun's Heartbeat," which takes its title from this phenomenon, offers a compelling and surprisingly playful history of the Milky Way's most famous star -- from the alternately brilliant and misguided theories of the ancient Greeks, to the modern-day discoveries that would make Arthur C. Clarke and Stanley Kubrick blush. Along the way, Berman, a columnist for Astronomy magazine and the science editor of the Old Farmer's Almanac, examines how solar cycles can offset global warming and how mankind has, by its own ambitions and neuroses, devolved into a collection of sun-starved troglodytes.

Over the phone, we discussed what the sun's cycles mean for global warning, what role it plays in our food shortages -- and why its rays actually prevent cancer.

What kind of effect does the sun's heartbeat have on our planet and its inhabitants?

The effects are myriad, but one of the things this pulsing is responsible for is "coronal mass ejections" -- bursts of solar wind, light isotope plasma and magnetic fields that are known to wreak havoc on our electrical lines. In 2008, an all-star, U.S. government panel very frighteningly predicted that a strong storm like the ones we had in 1859 and 1921 could potentially destroy our power grid. Then, of course, you've got polar-orbiting satellites and GPS systems that are vulnerable along with a space station where astronauts could be subjected to high levels of radiation. Even commercial airline passengers flying polar routes could be at risk.

How concerned should we really be about solar wind storms? What is the likelihood of one hitting us directly?

It will definitely happen in the next century. Judging from the dates of the last big storms, we're probably overdue.

There have been plans over the years to overhaul our power grid, but I haven't heard nearly as much about initiatives to shield against a solar weather event. Given the potential financial ramifications, why do you think this issue gets so little attention from politicians? Are there any preventative measures we could even take?

Experts often refer to these kinds of storms as "low frequency-high impact" events, which don't tend to call the public's attention until they're actually happening. The irony is that serious storms -- ones that can cause cascading power failures, blackouts and, potentially, harm to airline passengers and astronauts -- happen almost every solar cycle and people still remain oblivious. While they'll never bring us to the brink of apocalypse, they're certainly something that the public should take note of.

Another factor that might contribute to our general indifference toward these storms is that we're almost powerless to protect ourselves from them. Even if we discovered that one was heading right for us, we couldn't determine the threat it posed until a few hours before it hit. Every blast of material is like a swarm of bees carrying its own magnetic material, except these bees are traveling 500 miles per second, or a thousand times faster than a bullet. It won't transfer its energy to us, though, unless its magnetic field is aligned opposite planet Earth. I suppose the power grid could be secured in anticipation of a storm, but probably only to an extent and shutdowns could prove costly.

News outlets indicate that we're mired in the worst global food shortage of the past half-century. Man's contributions to this crisis have been well-documented, but what kind of role does the sun's erratic behavior play in all of this?

There are three major factors that affect the planet's temperature and, by extension, its agricultural development: volcanic activity, the presence or absence of El Niño and, finally, the heartbeat of the sun. If the latter slows down for long periods of time, the Earth gets colder. During the Maunder Minimum from 1645 to 1715, the sun effectively lost its heartbeat entirely. The result was unbearably cold winters and incredible hardship around the world.

Carbon emissions have warmed the planet dramatically, but we happen to be entering a new sunspot [i.e., heartbeat] cycle -- the 24th in our recorded history. Many experts believe that not only will it have weak maximum temperatures, but very deep minimums. If this is true, it's the best thing that can possibly happen. The sun would effectively buy us time to switch over to non-fossil fuels. If we end up having strong or even normal maximums, temperatures in 2015 could be hotter than humans have ever seen before.

I'm guessing that skeptics of global warming have willfully ignored this research.

They have, and to our great peril. The fact that the sun has kept global warming down over the last 10 years has given some people an excuse to declare that it simply doesn't exist.

Do we know how long this dimming period might last?

It's impossible to predict. One of the origins of this phenomenon comes from a part of the sun that we didn't even know existed until only a few years ago. Few people realize that there's a sun inside the sun.

What function does it serve?

Actually, it's the innermost 10 percent that generates all of its power. The equivalent of 96 million hydrogen bombs explode there every second, creating the fusion that produces all of the energy and neutrinos that hit us here on Earth. The sun's core, which is shaped like a ball despite the fact that it's not entirely solid, completes its rotation over the course of a 27-day period. Magnetic fields are generated approximately 70 percent of the solar radius' distance away from the star's center. For the remaining 30 percent, the sun's latitudes are wildly irregular. The equator takes the same four weeks to spin, but the poles run closer to 32 days. The different layers of the sun brushing past each other creates an area of violent reactions. Everything we see on the solar surface -- the flares and streaks -- all have their origin in the zone between these two layers.

Why do we register the sun's light as white?

The sun emits all of the spectral colors -- the most important being red, blue and green. By observing these three colors in varying amounts, our eyes and brains enable us to perceive all the others. Green light is actually the sun's peak emission. This tends to surprise people as many would believe that it gives off more heat, ultraviolet rays or X-rays. Our eyes are actually designed so that when we see green light together with the other colors of the sun, we'll always perceive them as white. Any other color that we view around us means that that light source is being reflected. Grass and leaves look green, for example, because plant life prefers blue to green light.

In a chapter titled "The Sun Will Save Your Life," you discuss the possible connection between autism and vitamin D deficiency. I was wondering if you could expand on that a little.

This is a fairly new study. There were two articles, one in Scientific American and the other in a Swedish journal, that presented compelling evidence that low vitamin D levels in pregnant mothers can be one of the triggers for this heartbreaking affliction. Unfortunately, a lot of autism groups still blame vaccinations even though this explanation really isn't being borne out scientifically.

In what ways is the public misinformed about the dangers of sun exposure and how did we go astray?

Dr. John Canell, whom I interviewed for the book and is a council member for a nonprofit group of physicians studying the health effects of vitamin D, argues that we're the first [modern] generation of cave people. Nature intended for man to take in a lot of sunlight. For proof, one need look no further than the statistic revealing that 10-15 minutes of sunbathing will provide us with the same amount of vitamin D as 200 glasses of milk. And this vitamin is one of our most potent anti-cancer agents. I think we started running into trouble when we shifted away from an outdoor, agricultural society to an indoor, manufacturing one.

The second blow was the invention of the air conditioner, which insured that everyone kept his or her windows closed. Window glass completely blocks out the ultraviolet rays that enable our bodies to manufacture vitamin D. Unfortunately for kids, I think the final straw has been the computer and video-game craze of the last 30 years. Unlike past generations, children today spend a lot more time indoors than they do playing around in the sun. Testing shows that our vitamin D levels are now a small fraction of what we think they were 100 years ago. These kinds of tests weren't administered back then, so there's no way for us to know for sure.

So does this mean the cast of "The Jersey Shore" is less likely to develop melanoma?

Ultimately, everybody knows how much sun they can safely take in. You really should try not to burn, especially if you have blue eyes, fair skin and red or blond hair. Melanoma claims approximately 9,000 lives in the U.S. per year, which is worrisome, but it's also worth noting that upward of 250,000 lives could be saved from cancer-related illnesses if people had the proper amount of vitamin D in their bloodstreams. It's better to get too much sun than too little.