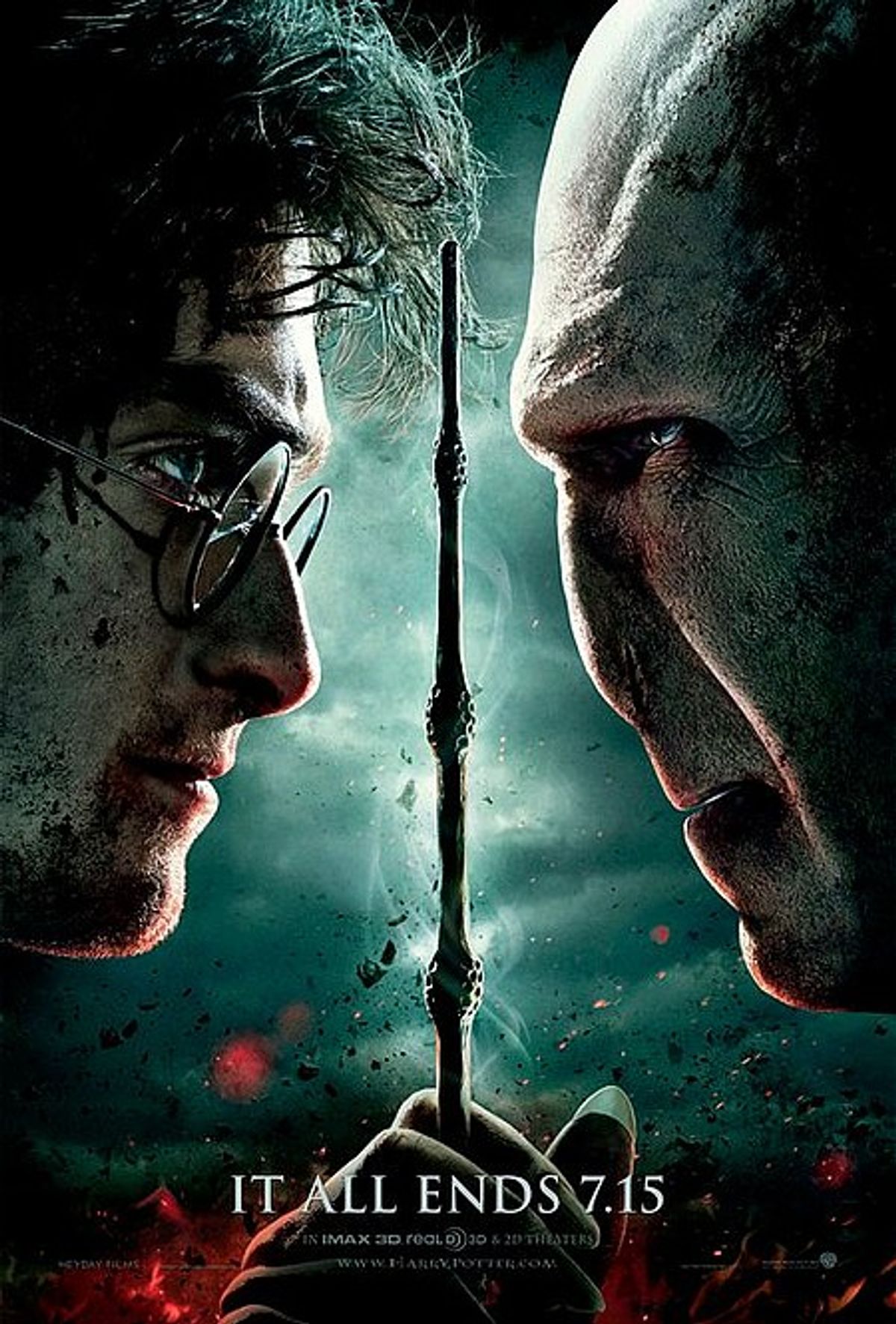 The final Harry Potter film has broken the box office record for most successful opening weekend in history -- besting the previous record-holder, 2008's "The Dark Knight," by about $10 million.

"Harry Potter and the Deathly Hallows: Part 2" took an estimated $168.5 million in domestic ticket sales between Friday and Sunday; "The Dark Knight" took only $158.4 million on its first weekend (although Deadline reminds us to consider that HP 7.2, unlike "The Dark Knight," was available in 3D -- and thus some tickets were more expensive).

According to a Warner Brothers press release, Harry Potter's last on-screen hurrah broke three records with its $92.1 in opening-day ticket sales, and sold more than $476 million in tickets worldwide. The studio further reports that fans paid $43.5 million for tickets to midnight Friday showings alone -- another first.

On its first day in U.S. bookstores, "Harry Potter and the Deathly Hallows" sold around 8.3 million copies (of 12 million that had been printed), CNN Money reported at the time. For every book sold domestically on that day in July, 2007, $11 or so were spent on a Potter ticket Stateside this past Friday.