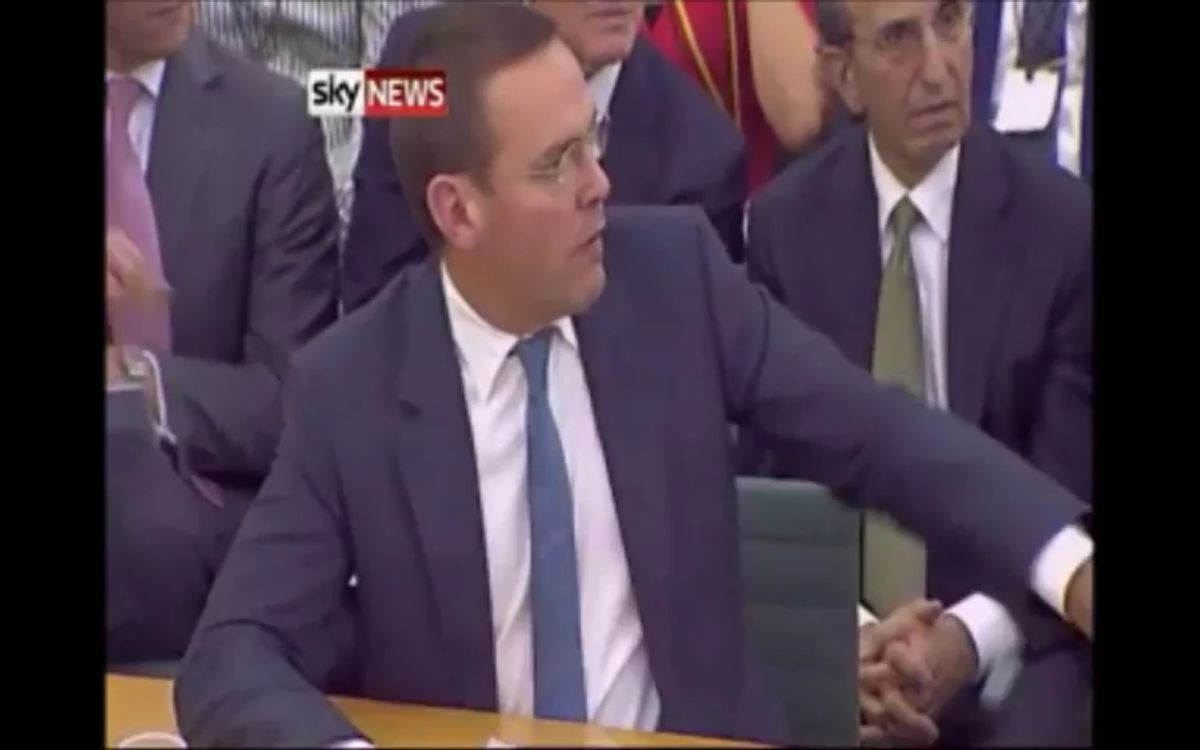 From the fourth row of the hearing audience, an activist lunged toward Rupert Murdoch, a foil plate of what looked like whipped cream or shaving cream in hand. The man was swiftly apprehended by security as he hurled the pie in Murdoch's direction, but not before Wendi Deng Murdoch (Rupert's wife) could leap up and deliver a firm swat to his head. Some cream splattered the News Corp. chair's jacket, which he has since removed.

The pie hurler appears to be a comedian and activist, identified on Twitter as Jonathan May-Bowles, who goes by the pseudonym "Jonnie Marbles." Before the incident, Marbles tweeted from inside the hearing, "It is a far better thing that I do now than I have ever done before #splat."

Marbles' blog, "Anarchish" includes numerous posts criticizing in some detail the British coalition government and its program of austerity.

Watch the video below, via Sky News, of the pie incident. Most of the action takes place to the left of the camera, but Wendi's "left hook" (as the hearing's lead questioner later described it) is visible: