The pie shot heard 'round the Twitterverse 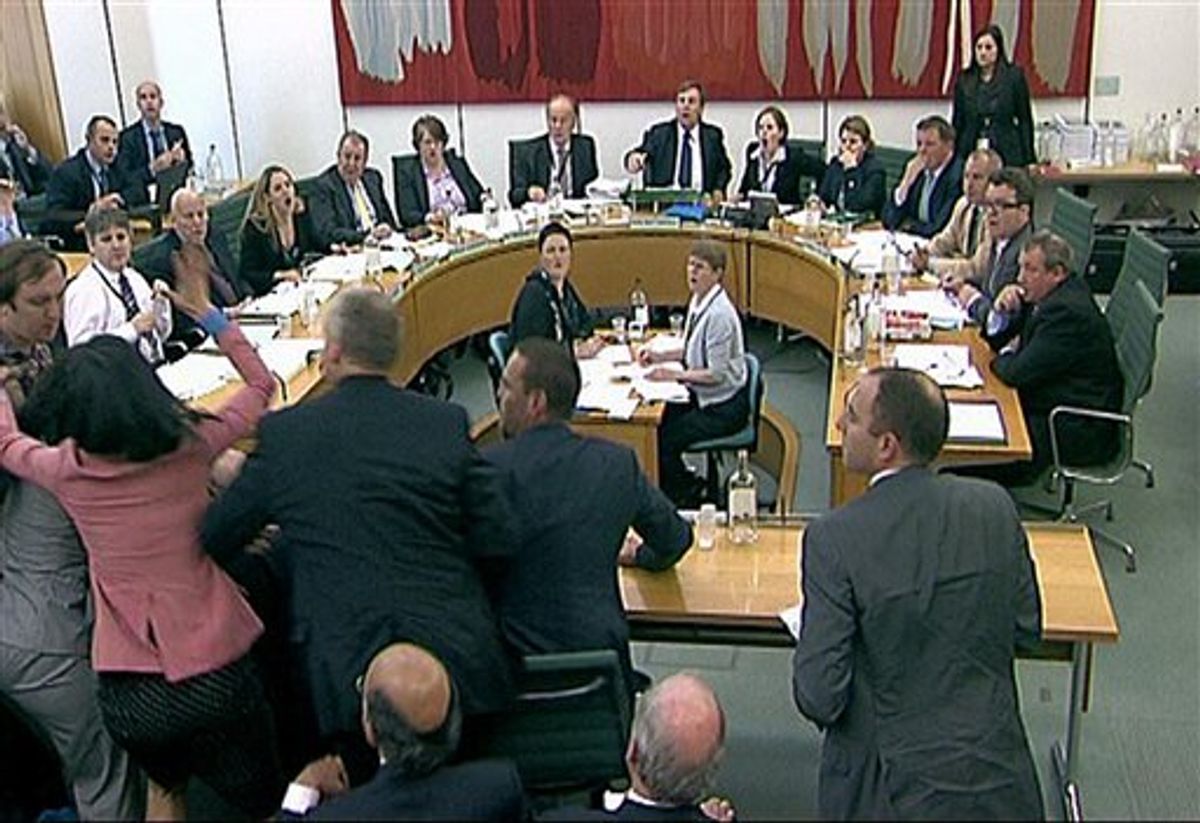 Committee members react after a protestor, left checked shirt , named on Twitter as Jonnie Marbles, tries to throw a paper plate covered in shaving foam over Rupert Murdoch as he gave evidence to a House of Commons Committee in London, Tuesday July 19, 2011, on the News of the World phone hacking scandal.(AP Photo/pa) UNITED KINGDOM OUT: NO SALES: NO ARCHIVE: (AP)
--

"What just happened?!" That's what you would have heard if you were in Salon's New York office this afternoon, right around the time a British comedian called Jonnie Marbles threw a pie at Rupert Murdoch's face during a parliamentary hearing. Because the chamber's live-feed cut-out mere moments later, it was impossible to tell what exactly had happened. So, looking for concrete answers, we headed to Twitter. And everyone else did too.

What we found were a barrage of tweets, both informative and conjectural, serious and sardonic. We've culled a selection of the best, from a variety of media commenters, to give you an idea of what it's really like when a major media shocker causes Twitter to explode.

Will this generate sympathy for Murdoch?

We won't argue with that.