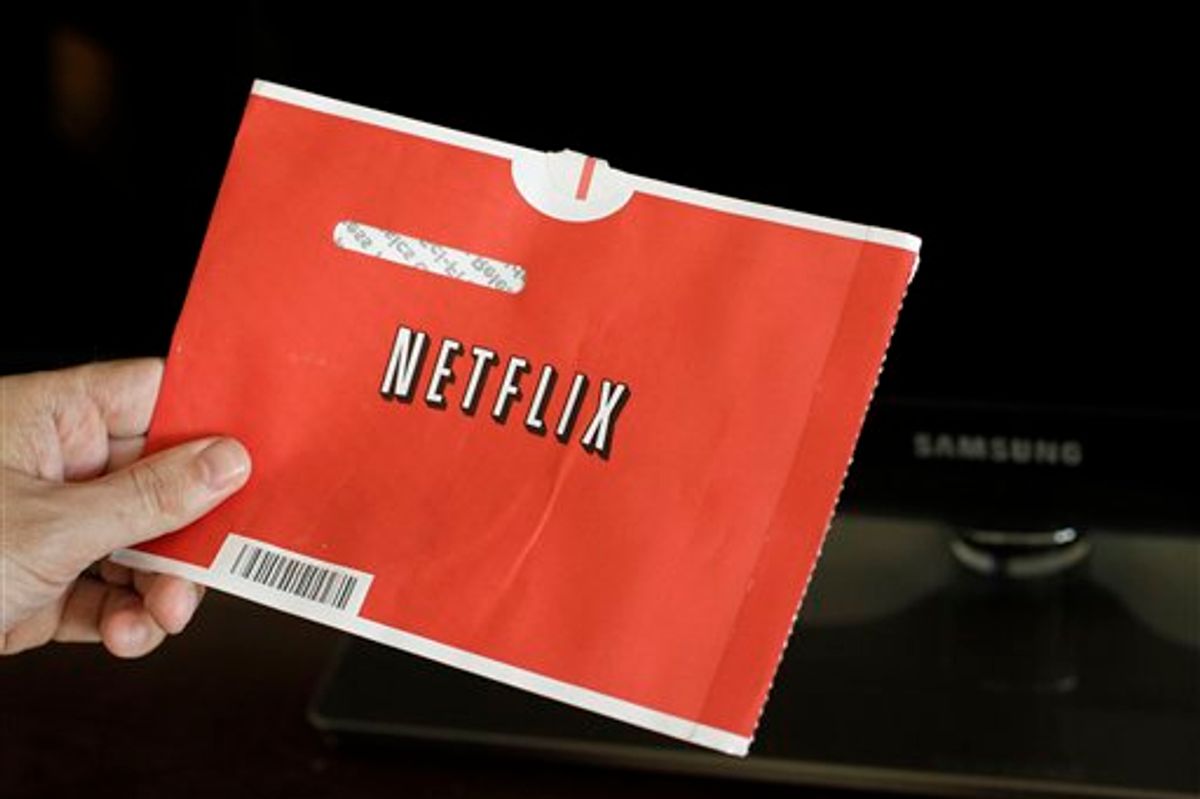 Last week, countless Netflix enthusiasts protested the introduction of higher prices set to go into effect this September -- and some even threatened to cancel their red-envelope addiction altogether.

Weighing a move to a simple streaming video subscription, in order to save the extra $7.99 for mail-order DVDs? Take note: While Netflix's "instant play" collection has improved since it was first introduced, it's still pretty limited.

But if you are willing to make some compromises (or watch a movie that sounds like the one you intended to see), here are some of the possibilities:

Not available to watch instantly: "The Godfather" (1972)

Available to watch instantly: "The Godfather of Green Bay" (2005)

From Netflix description: Determined to make it to the Midwest for a life-changing audition with a "Tonight Show" talent scout, stand-up comedian Joe Keegan (writer-director Pete Schwaba) leaves the glare of Los Angeles behind and heads for the rural town of Pine Lake, Wisc. But the characters he meets along the way are almost funnier than his act.

From Netflix description: Demi Moore plays Abby, a pregnant woman with a curious new boarder in the apartment over her garage. Turns out he's heaven-sent and is speeding along the Apocalypse by bloodying rivers, egging on plagues and following scripture word for word.

From Netflix description: The exciting adventures of James Lee Wong (Boris Karloff) continue in this unusual film that finds the Asian detective investigating the slaying of a Chinese princess who came to the U.S. to buy weapons for her brother's army ... with several forged checks.

From Netflix description: When convicted killer Deke Evans (Bryan Brewer) returns home after serving his sentence, he discovers that his once-peaceful town is now the epicenter of a plague that's morphing everyday citizens into flesh-hungry zombies.

From Netflix description: When she moves back to her small hometown, policewoman Jane Kozik (Sarah Allen) discovers that lethal mutant wasps are stinging townsfolk, then incubating their young inside the victims' zombielike bodies.

From Netflix description: Sweet-natured family guy Stewart could've been a football star, but now he works in a toy factory that's in big trouble, so when a mysterious conductor offers him a seat on the "What If" train, Stewart hops aboard the time-traveling machine. In this charming animated remake of It's a Wonderful Life, Stewart makes stops in the past, present and future to see the paths his life could have taken and rethink the meaning of contentment.

From Netflix description: In this documentary, Dr. Geo Trevarthen uses psychology, theology and other disciplines to explore the mystical world of J.K. Rowling's Harry Potter novels, giving fans a deeper appreciation for the symbolism and magic in the books. Looking at the entire series, Trevarthen pays special attention to how readers' lives may intersect with shamanism and other real-world mystical traditions that echo through the halls of Hogwarts.