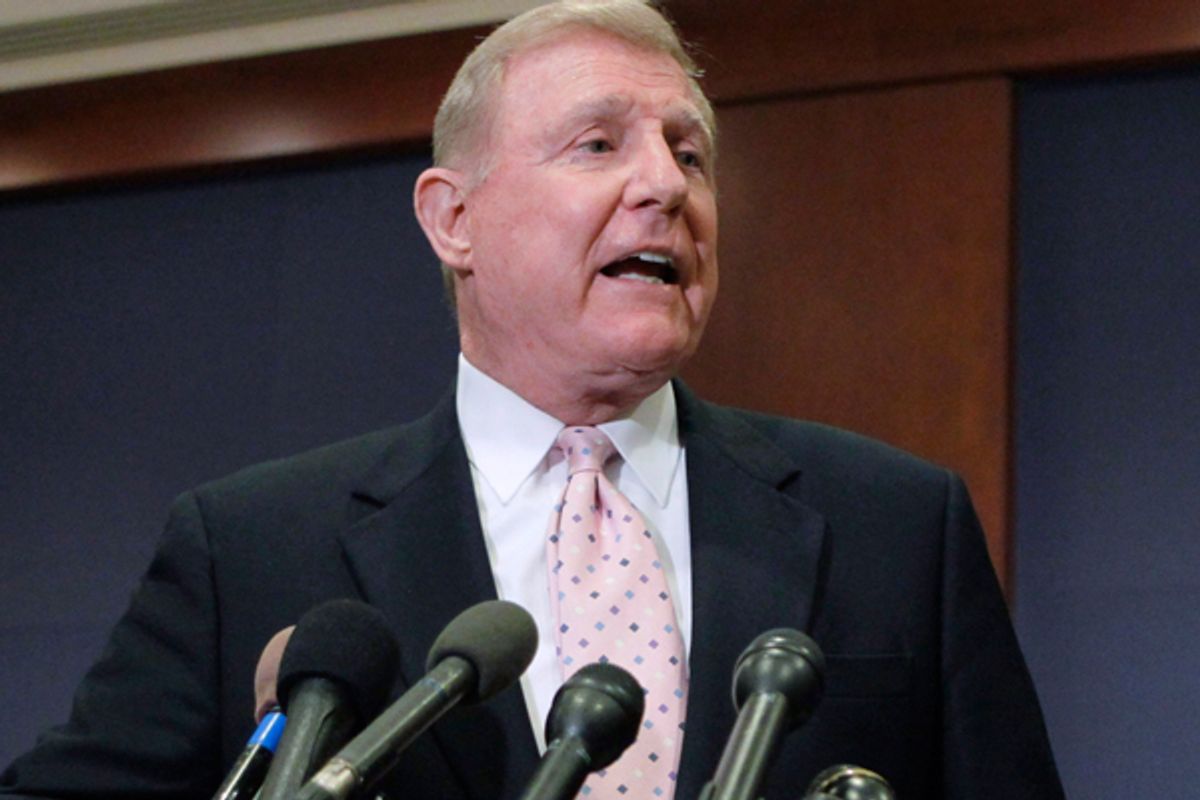 Here's Matt Drudge's headline (which was, for hours, just below the huge Murdoch story on top of the page): "Obama donor arrested as 'Pakistani agent'..."

Free Republic used the same headline, along with "Pakistani accused of masking contributions to US politicians."

Leaving aside the fact that "Pakistani agent" sounds more like "spy" than "unregistered foreign lobbyist," it's true that Syed Ghulam Fai gave $250 to Barack Obama, making him an "Obama donor." He's also given $6,000 to the National Republican Senatorial Committee and at least $10,000 to Representative Dan Burton, a Republican from Indiana.

And it looks like the ISI bought itself a very good friend!

Burton has been very active on the Kashmir issue. Shortly before receiving a donation from both Fai and Ahmad, Burton announced the formation of a Kashmir caucus in the U.S. Congress. He has traveled to Kashmir for events sponsored by Fai's Kashmir Center and has spoken in favor of resolve the standoff between Pakistan and India over the territory in Pakistan's favor.

It's obviously a complex story, and we won't know all the details for some time, but Matt Drudge does have the important keywords: PAKISTAN AGENT OBAMA ARREST. (And here's the Fox Nation story! OBAMA PAKISTAN ARREST AGENT. Just get those keywords out there, no one will read beyond the headline.)