When you owe your House seat to GOP primary voters only, you can get away with forcing an economic catastrophe 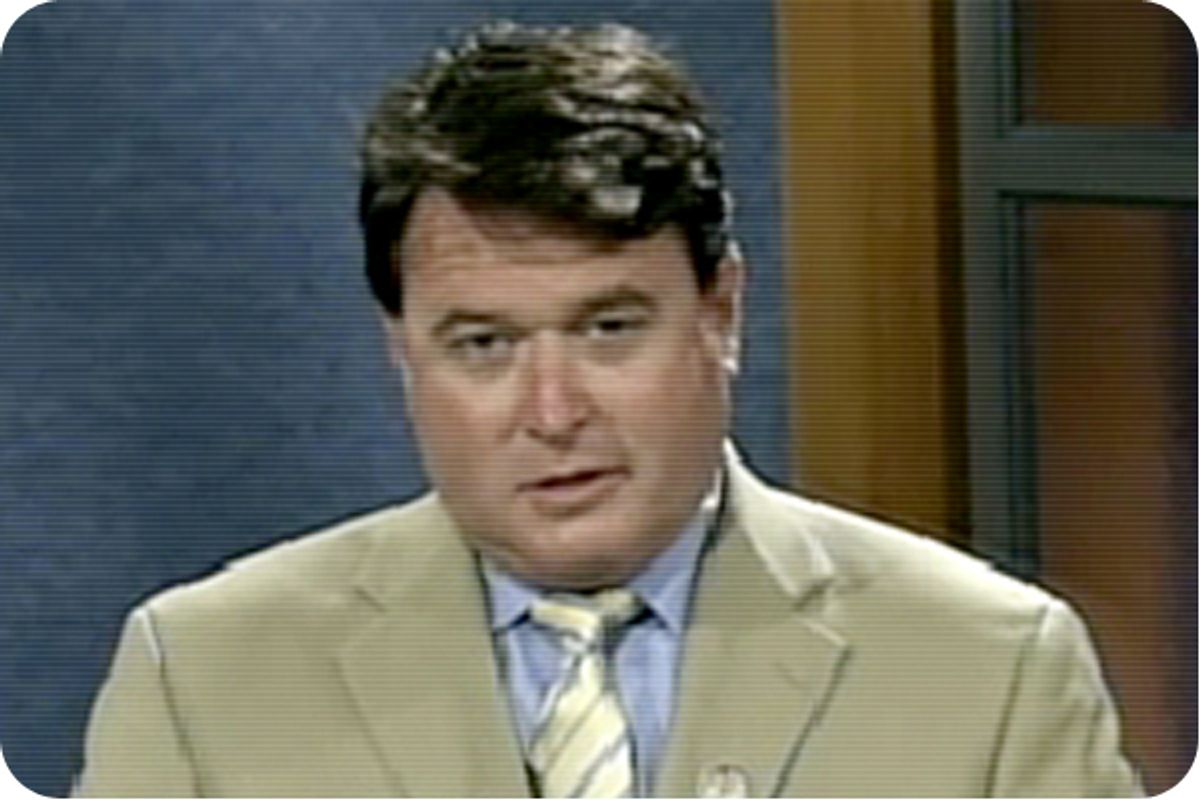 The GOP leadership's current debt ceiling strategy seems to go something like this: For the rest of this week, they'll give their party's true believers the run of the House, letting them pass ideologically pure budget-related legislation that will instantly die in the Democratic-controlled Senate. Then, with the Aug. 2 deadline approaching and Wall Street getting (even more) panicky, the leadership will say to the rank-and-file, "Unfortunately, we can't get everything we want right now -- but we have worked out a pretty good compromise that we'd like you to support."

And the leadership would be right to call it a pretty good deal, at least from a Republican standpoint. The details aren't finalized, but as Andrew Leonard explained earlier, there's a growing consensus that the GOP's leadership will ultimately sign off on a plan that would allow President Obama to raise the debt ceiling three times in the next year -- in exchange for $1 trillion in immediate cuts, the ability to pass a resolution of disapproval every time Obama raises the ceiling, and the creation of a commission that would propose a package of further cuts that Congress would be forced to vote on (with no filibusters or amendments).  Politically, it's hard to see much downside in this arrangement for Republicans.

And yet, there's still reason to doubt that the leadership will be able to sell the true believers on it.There are two basic reasons for this.

One is the fact that so many Republican House members are absolutely genuine in their adamant belief that stopping an increase in the debt ceiling -- an archaic relic from World War I that has been raised dozens and dozens of times without incident -- is a good way to combat deficits, which they truly believe are about to turn America into Greece. This view seems particularly pronounced among the 87 Republican freshmen (who together account for nearly 40 percent of the entire GOP conference) who were elected last fall. To many of them, the debt ceiling is a new concept; they haven't been in Congress for years, routinely voting to raise it. What's more, many of these freshmen are also convinced that the deficits that so upset them are the result of their own party's unwillingness in the past to stand firm at moments just like this one.

Assuming that GOP leaders and Obama end up agreeing to a deal similar to the one outlined above, significant support from House Republicans will be necessary. For one thing, dozens of House Democrats will surely vote no, either out of anger at the spending cuts or resentment of the way the GOP has handled this issue (or both). Plus, if some Republican members brand the deal a sellout and refuse to support it, there'll be a real risk of that sentiment snowballing. It's hard to see the aggressive arm-twisting that typically works so well for leaders of both parties working in this case.

There's also the possibility that many of these Republican members are insulated from normal electoral consequences. They hail from solidly Republican districts and owe their presence in Congress not to swing voters but to ideologically driven primary voters. This creates a potentially serious problem for, say, Speaker John Boehner, who presumably understands the danger in a poll that shows 71 percent of Americans disapprove of the way the GOP has handled the debt debate so far (compared to only 48 percent who don't like how Obama's handled it). But a warning from Boehner (or another GOP leader) that the party's brand could suffer serious consequences if there's default probably falls on deaf ears with many members of the GOP conference. The reality in their districts is different, and the voters they answer to -- GOP primary voters -- see the debt ceiling battle in similar true believer terms. Even if the party's national brand is wrecked, it won't cost many (or any) safe seat GOP incumbents their jobs.

Perhaps the best example of the resistance GOP leaders will face when they push a deal comes from Rep. Todd Rokita, a freshman from Indiana. In an interview with ABC News' "Top Line" on Monday, Rokita said that even $4 trillion in immediate cuts -- three times the amount that is apparently now being discussed by GOP leaders -- "may not be enough" to convince him to support a deal. A default, he suggested, could be a good way of forcing the country to live within its means --  "even if the stock market does go down, if the economy does get worse."

You can call this crazy, and maybe it is. But remember: The 4th District that Rokita represents is overwhelmingly Republican. When he was elected last year, it was the GOP primary (which he won with 42 percent of the vote), and not the general election (when he cruised with nearly 70 percent), that Rokita had to worry about. In other words, not only is it likely that Rokita genuinely believes what he's saying about the debt ceiling, it's also likely that he'll be rewarded for it by the folks back home.

And John Boehner's going to convince him to sign off an a deal with Obama?