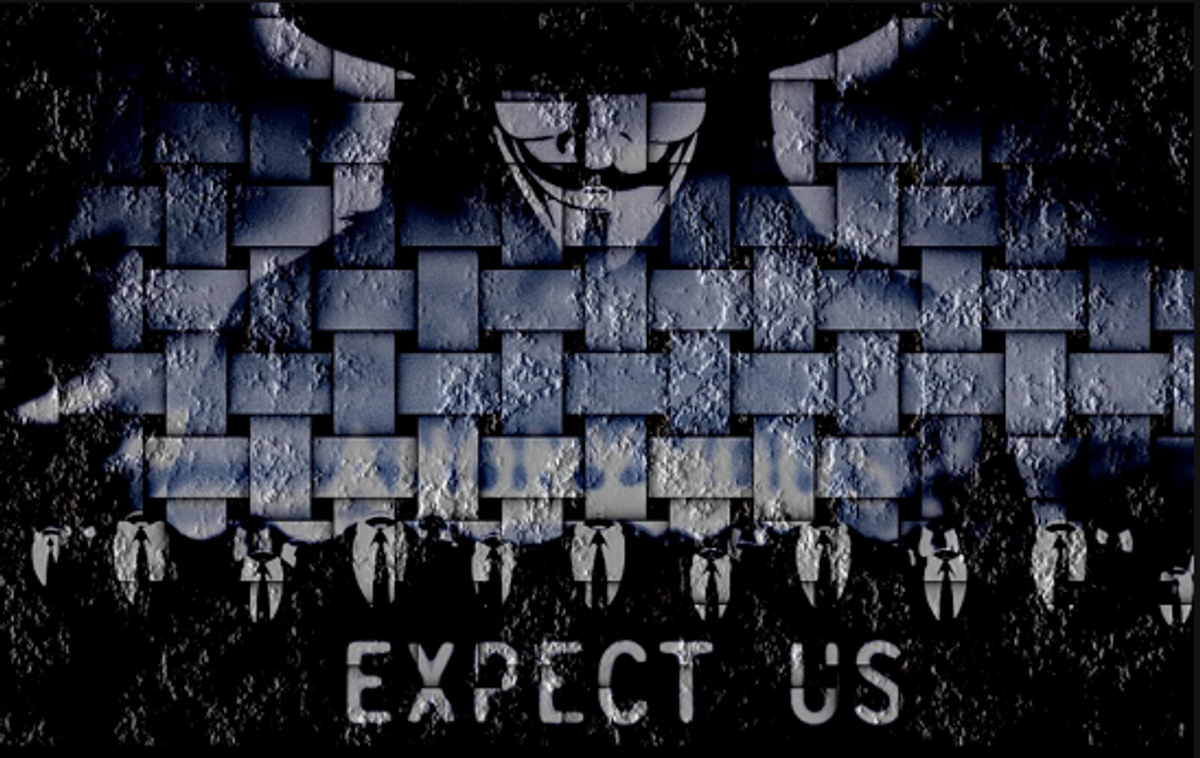 Earlier this week, a number of media outlets (Salon included) were abuzz about the prospect of a new social network from the shadowy hacker collective Anonymous. The initiative -- dubbed AnonPlus and spearheaded by an Anonymous-affiliated organization called Presstorm -- was launched after a number of Anonymous members were booted from Google+ for hosting content that violated the service's community standards.

(Anonymous, for those uninitiated, is the organization responsible for high-profile attacks over the years, against everyone from the Church of Scientology to Visa to the U.S. military. Its activities have triggered a heated government response, both here and across the Atlantic. More than a dozen members were arrested by the FBI yesterday.)

AnonPlus, its creators said, would be an open-source counterpoint to the more clamped down and heavily surveilled Facebook and Google+ networks; a place where anyone, Anonymous or not, could engage in social networking free of that most terrifying of buzzwords: censorship.

But others weren't so enthusiastic, apparently, and made their objections known when they hijacked the AnonPlus website. According to the Escapist, anyone attempting to access www.anonplus.com Wednesday morning saw a hacked homepage, featuring a dog-faced caricature of the Anonymous logo, and the following message:

We Are TURKIYE. We Are AKINCILAR.

This logo suits you more..How dare you rise against to the World..Do you really think that you are Ottoman Empire? / We thought you before that you cannot challenge with the world and we teach you cannot be social / Now all of you go to your doghouse..

Akincilar is apparently a Turkish organization that "enjoys defacing random websites with militantly pro-Turkish messages." So the social network, which was announced to much fanfare on Monday, was taken down by ... Turkish hackers? Maybe. But there's another version of the story circulating as well.

By the time we tried loading up the AnonPlus homepage ourselves today, it was directing to a website called "AnonSource Technologies," which may or may not be affiliated with Presstorm and AnonPlus. But a cached version of the original website shows that its developers had posted an announcement that they would change the project's name and organization due to blowback from rival members of Anonymous.

"[W]e have supported anonymous in all its lulz but have felt both the touch and sting of its presence...We do not wish to spend [our] time fighting anything but oppression or anyone except those who wish to oppress."

That version of events is within the realm of possibility. While Anonymous is often called a "group" of hackers, that descriptor doesn't really capture the exact nature of the collective. It isn't a group, with a hierarchy and a centralized organization, as much as it is "an otherwise unaffiliated miasma [of hackers] ... who occasionally use Internet-based networks to coordinate mass action," as the website Denver Westword put it. And members don't have any one agenda, which could, you imagine, lead to some internal conflict. Add in the fact that the name "Anonymous" itself is a lightning rod for attention, both good and bad, and you have a recipe for backlash.

By co-opting [the Anonymous name], you lend some familiarity and credibility to your cause -- kind of like affiliating with a big-name political party. At the same time, however, you also attract the attention of the loose and fractured hive-mind of Anon itself -- which can be the equivalent of kicking the hive.

As with all things related to anonymous Internet culture, it's hard to parse which version of the story is closest to the truth. And, in the end, this might be nothing more than a bizarre footnote in the history of the hacker collective. But, if nothing else, the episode highlights the weirdly galvanizing impact that Anonymous, as a brand, has achieved.