"Junk science" that could save lives 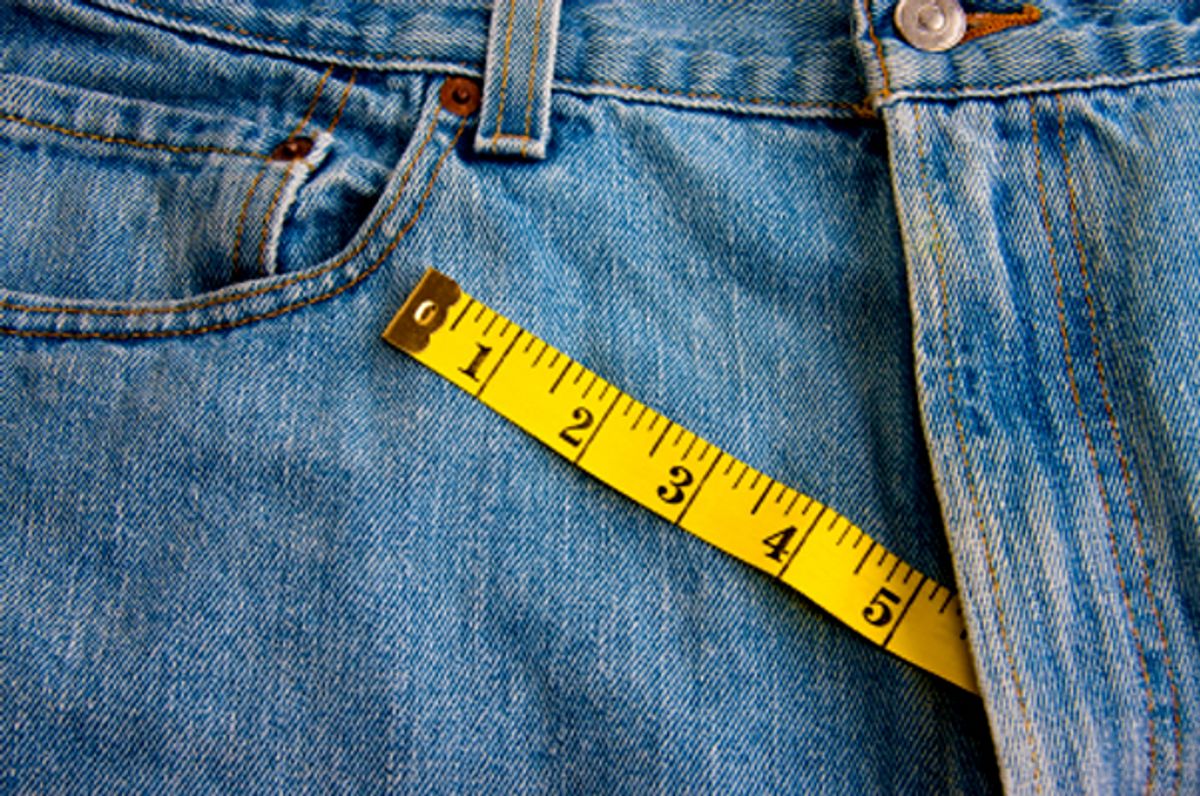 The Traditional Values Coalition's mission this week is to alert poor, beleaguered American taxpayers that they paid scientists to measure gay men's junk. You will surely be shocked to hear that this news has sparked a firestorm among staunch conservatives; the only problem is that none of it's true. Not only was the research paid for without government funds, but the study's findings could help save lives, and taxpayers' money.

But contrary to all of these reports, the NIH did not pay researchers to measure gay men's penis size. The data for the study -- "The Association Between Penis Size and Sexual Health Among Men Who Have Sex with Men" -- were "collected as part of a larger survey of the sexual health of gay men," says researcher Jeffrey Parsons, a psychology professor at Hunter College. That survey was funded by the college's Center for HIV/AIDS Educational Studies and Training -- not the NIH. What's more, they didn't even measure men's penises: "We simply asked men to self-report if they felt their penis was above average, average, or below average," he tells me.

Presumably critics thought (or at least figured they could get away with arguing) that the NIH paid to measure gay men's members because one of the researchers, Christian Grov, was being funded by a post-doctoral government grant. But he assisted only in analyzing the data, which had already been collected. "Clearly conservative groups like the Traditional Values Coalition have a vested interest in creating scandal around scientific research related to gay men," says Parsons.

Not only did the hand-wringers get the funding wrong, they also misreported the actual aim and outcome of the study. Christian Grov, one of the researchers, and an assistant professor at Brooklyn College, says they found that men who reported having above-average size penises were more likely to have sexually transmitted infections that are "passed via skin-to-skin contact," like genital warts and herpes. But this increased risk was not a result of lesser condom use. The team speculates that "these men were experiencing improper condom fit (not being able to roll the condom all the way down), condom breakage, or irritation (caused by wearing a condom that may be too tight)," says Grov.

This has crucial implications for disease prevention and research. "At the moment, the male latex condom is the best barrier to prevent transmitting HIV and STIs," he explains. "Our findings suggest that the 'one size fits all' approach to condom distribution may not meet the needs of men who fall outside the range of the 'typical' condom." All of this is to say: It would have been perfectly appropriate if taxpayers had funded the study. "No area of sexual research should be 'off the table for study' if it is done with the best interests of public health and stopping the spread of disease," says co-researcher David Bimbi.

For those who feel unpersuaded by the public health argument simply because they believe gay sex doesn't have anything to do with them, two things: 1) Um, straight folks also get STIs and HIV, and 2) Preventive research like this could save taxpayers lots of money. "As men who have sex with men account for half of the cases of HIV in the United States, any research that can lower transmission rates in this group will in fact save the government money in HIV/AIDS Drug Assistance Programs, which sadly are not well funded as it is," Bimbi says. "The old saying is true: 'An ounce of prevention is worth a pound of cure.'"