"The Daily Show" host rips into the News Corp. CEO, Rebekah Brooks and the British police 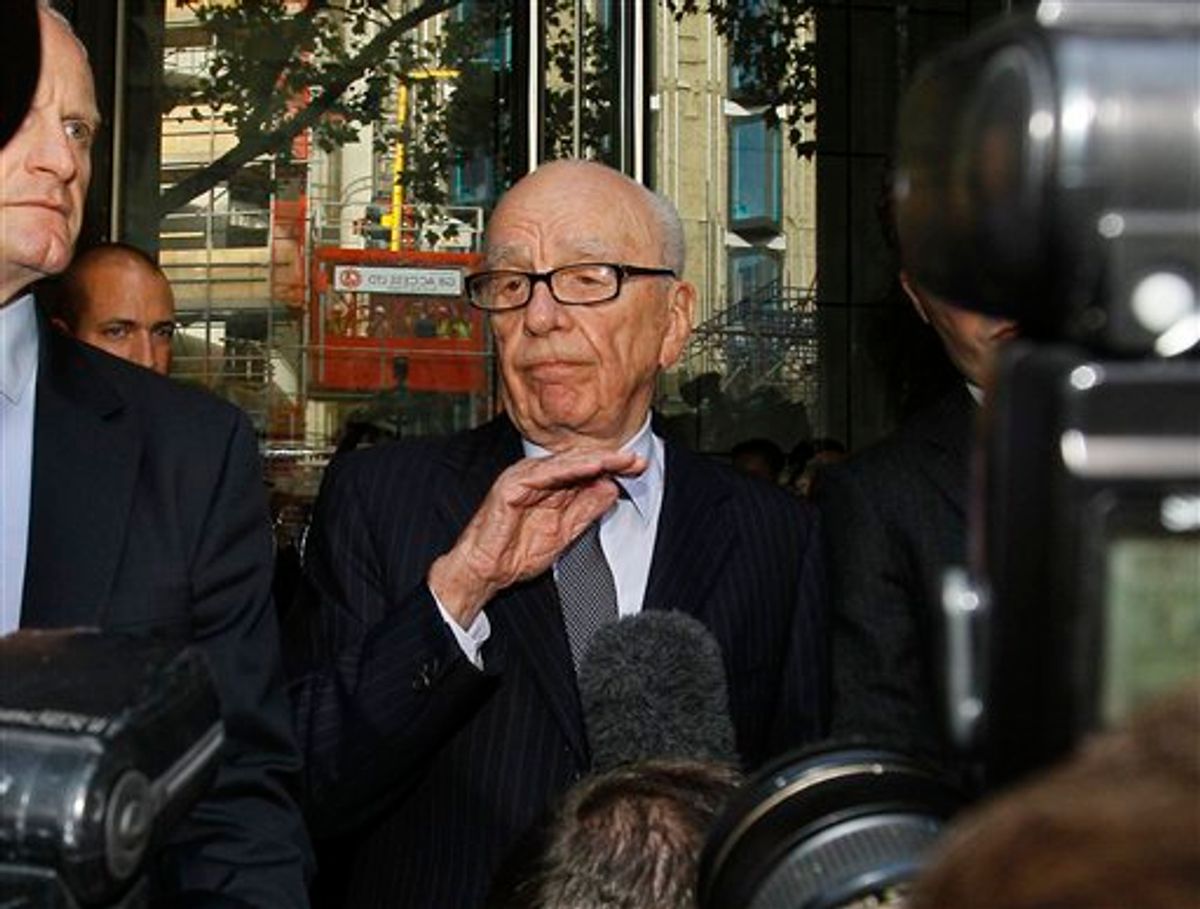 Rupert Murdoch, centre, attempts to speak to the media after he held a meeting with the parents and sister of murdered school girl Milly Dowler in London, Friday, July 15, 2011. The lawyer for the Milly Dowler's family says Rupert Murdoch has issued a full and sincere apology to the murdered schoolgirl's family for the actions of journalists at his newspaper. Mark Lewis told reporters that the media baron called the private meeting and apologized "many times," telling the Dowlers the events that transpired at the News of the World tabloid were not in keeping with the standards set out when his own father entered the media industry.(AP Photo/Kirsty Wigglesworth) (AP)
--

Jon Stewart almost had too much material to choose from when giving a satirical summary of recent events in the phone hacking scandal. Following the testimony in front of a British parliamentary committee Tuesday of Rupert Murdoch, his son James and Rebekah Brooks (which was interrupted by a pie attack on the Australian-born mogul), Stewart took shots at a few key incidents.

He made particular mention of Rupert Murdoch interrupting his son during the hearing to say that it was "the most humble day" of his life. "Not so humble you couldn’t wait for your turn to talk!" quipped Stewart.

Watch "The Daily Show" host's recap of "hackgate" developments below: