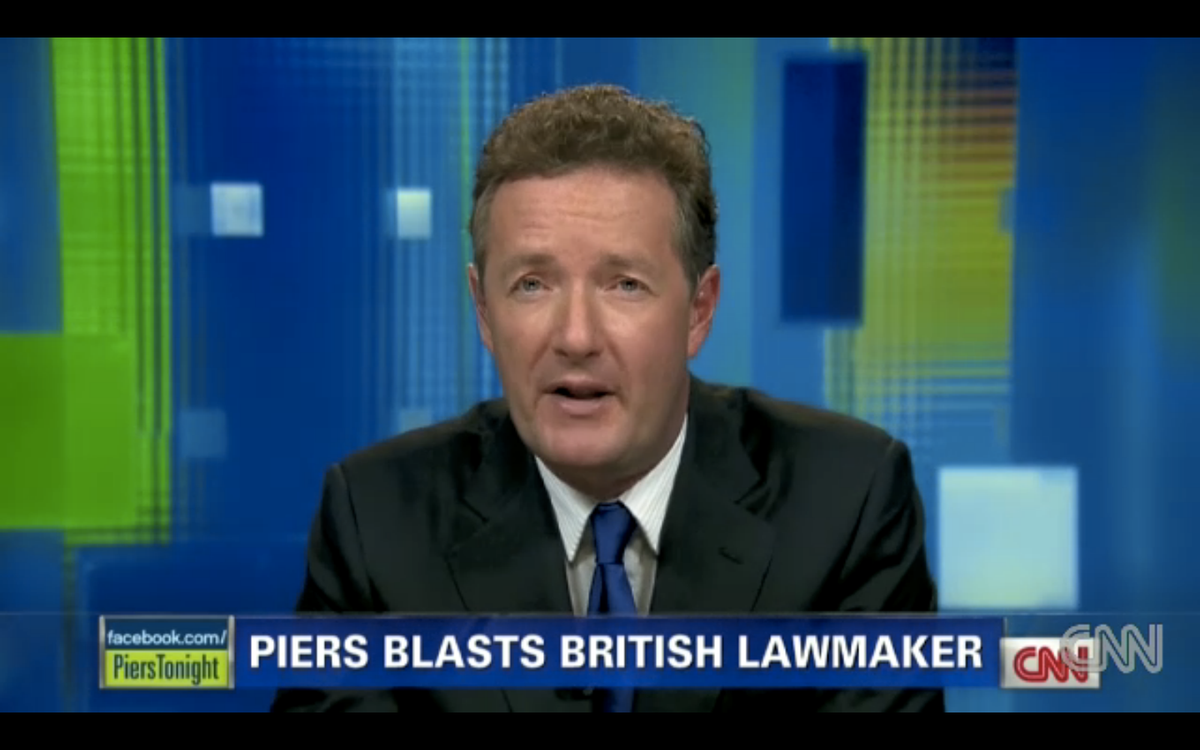 On CNN last night, Piers Morgan (former editor of U.K. tabloids The News of the World and The Mirror) addressed MP Louise Mensch's claims -- made in the course of yesterday's parliamentary hearings -- that the CNN anchor himself had hacked phones "routinely" as editor of The Mirror.

Morgan flatly denied the allegations, which Mensch said were based on statements from Morgan's own diaries, published in 2005 as "The Insider." Morgan insisted that Mensch had not actually read the diaries, in which at one point -- during his editorship of The Mirror -- he wrote:

[S]omeone suggested today that people might be listening to my mobile phone messages. Apparently if you don't change the standard security code that every phone comes with, then anyone can call your number and, if you don't answer, tap in the standard four digit code to hear all your messages. I'll change mine just in case, but it makes me wonder how many public figures and celebrities are aware of this little trick.

"I want to be really clear about this: I've never hacked a phone, never told anyone else to hack a phone, or published any stories based on the hacking of a phone," Morgan said last night. Here's the segment from his show, which also includes a short excerpt from a lengthy and heated phone exchange between Morgan and Mensch that aired earlier Tuesday on Wolf Blitzer's "The Situation Room":