Rupert Murdoch gets the tabloid treatment

The mogul's newspapers have long gloried in others' shame. It was his turn to be plagued by paparazzi 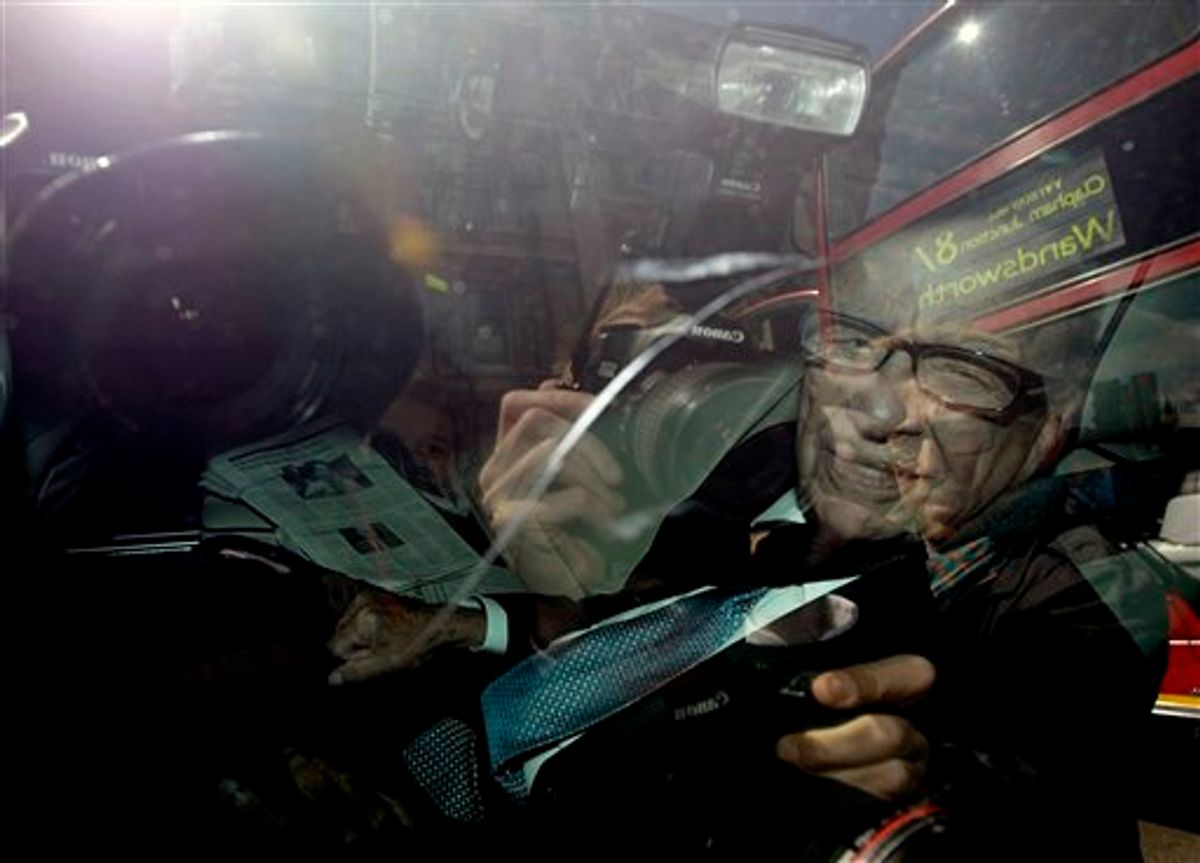 The scene is reflected in the car window as media mogul Rupert Murdoch is driven along Whitehall in central London, Tuesday, July 19, 2011. Murdoch and his son James Murdoch are scheduled to be questioned by a parliamentary committee of British lawmakers Tuesday over the phone hacking scandal. (AP Photo/Matt Dunham) (AP)
--

Rupert Murdoch's tabloids have always feasted on the sorrows and sins of celebrities, politicians and all manners of the accused. But lately, the paparazzi hordes that Murdoch's papers usually unleash on others have turned the tables and feasted on Rupert himself. Here's the mogul's car on the way to Parliament yesterday: If the photos of Murdoch in London look familiar, well, it's probably because -- as you can see below -- we've seen similar ones many times in Murdoch-owned papers. Here are some examples from The New York Post: