Debt deal doomed by the ghost of Bush's tax cuts 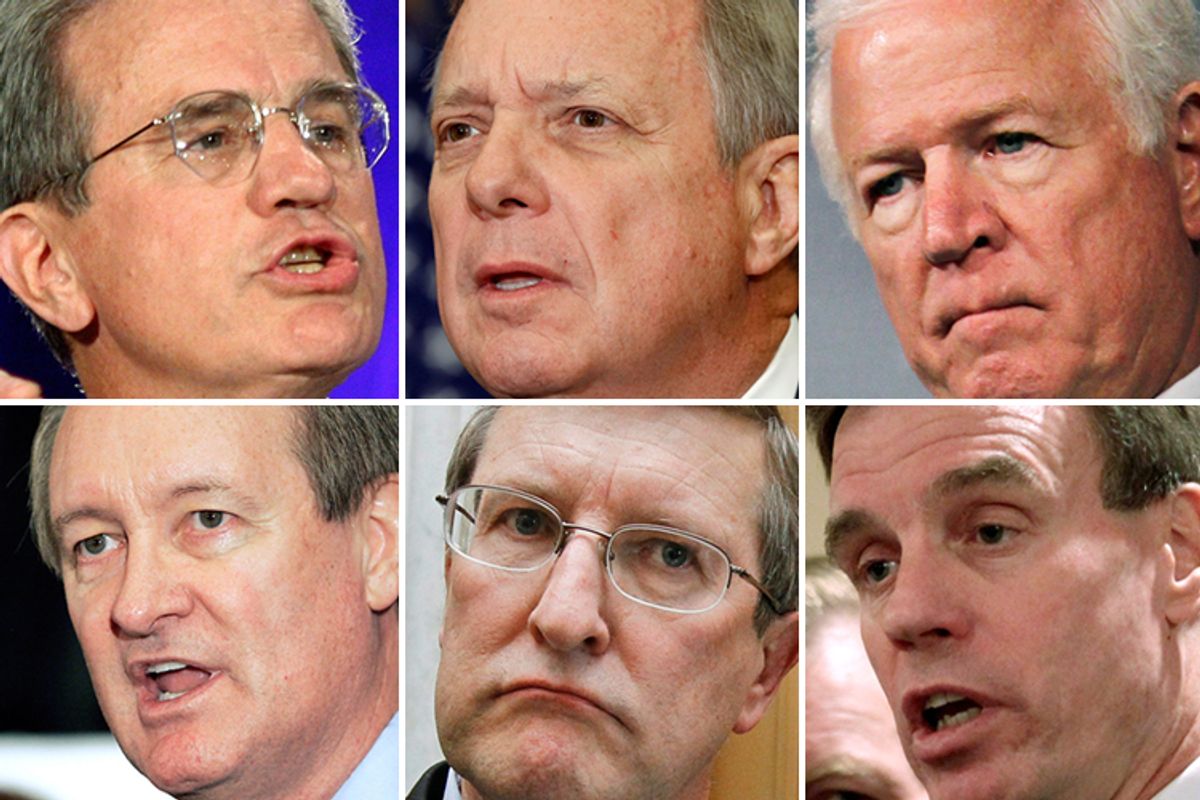 The Dow Jones Industrial Average starting surging moments after President Obama endorsed the new Gang of Six deficit reduction plan on Tuesday. The Dow closed up 200 points -- its biggest day of the year, and a sign, according to some commentators, of investor class enthusiasm at the prospect for a debt ceiling disaster-averting budget deal.

Initially, the notion that a breakthrough was imminent didn't seem completely crazy. There is at least one practical reason for judging the Gang of Six's plan as something that could attract bipartisan buy-in: the sneaky way it can be interpreted as simultaneously increasing revenues and cutting taxes.

But after a day of reflection, the Gang of Six plan may not be the gamechanger that financial markets are hoping for, after all. There are at least three reasons to be skeptical.

2) There is simply not enough time between now and August 2nd to turn a plan with as many moving parts as the Gang of Six proposal -- reform of the tax code, cuts to Medicare, Social Security, and defense -- into legislation. White House press secretary Jay Carney told reporters on Wednesday that the president might agree to a temporary hike of the debt ceiling -- but only for a few days, in order to get a "grand bargain" accomplished. But reform along the lines envisioned by the Gang of Six could take months to hammer out.

3) Obama backed the plan. If Obama's for it, House Republicans will be against it. To wit: A tidbit in Mike Allens Politico Playbook Wednesday morning:

-- A Senate Republican leadership aide emails with subject line "Gang of Six": "Background guidance: The President killed any chance of its success by 1) Embracing it. 2) Hailing the fact that it increases taxes. 3) Saying it mirrors his own plan."

So, the Gang of Six plan increases taxes on the wealthy, can't be translated into legislation by August 2nd, and is supported by the President. Maybe it's time to rethink that market euphoria. In retrospect, the excitement seems best explained as sign of how desperate investors are for anything that remotely smells like a solution.