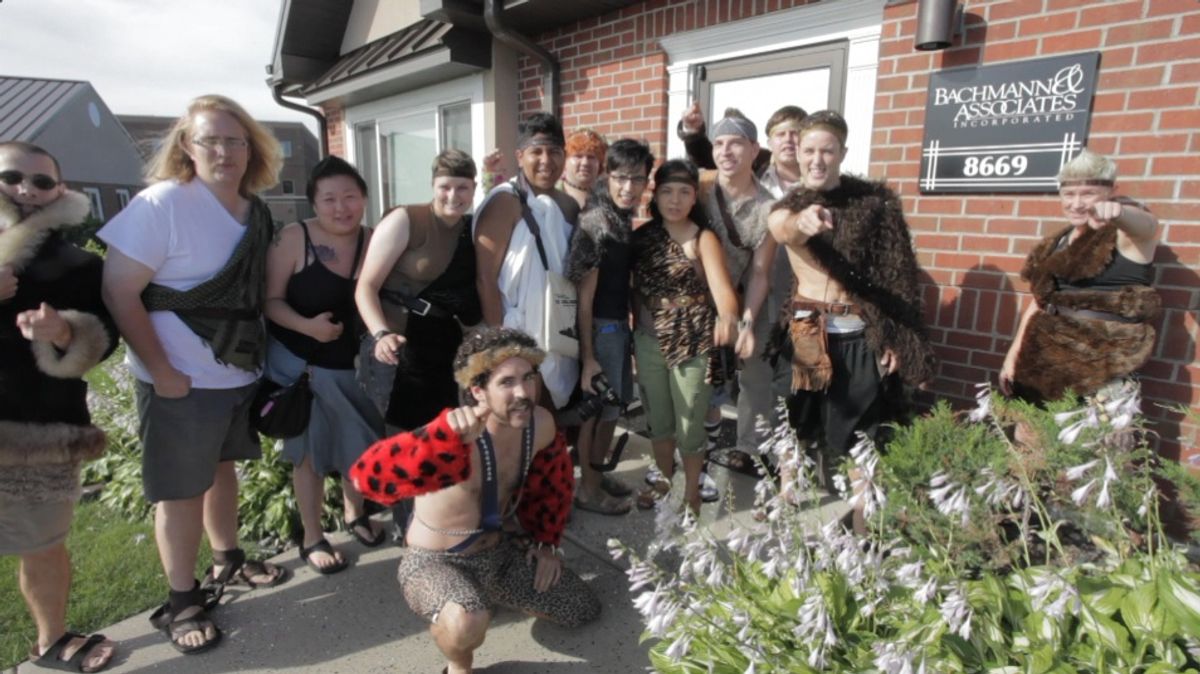 The "barbarians" outside Bachmann's clinic
--

Michele Bachmann's husband Marcus -- the Christian therapist who once reportedly referred to gay people as "barbarians" -- was Thursday the focus of a self-described barbarian horde attack.

A group of LGBT activists in Minnesota -- among them Nick Espinosa, who gained notoriety for glitter-bombing Newt Gingrich -- staged a protest at Bachmann's clinic, which is co-owned by his presidential hopeful wife and has been reported to practice "reparative" therapy to try to turn homosexuals straight.

A communique from the demonstrators, who donned cartoonish barbarian costumes for the action, detailed events:

Today a horde of gay barbarians descended upon Michele and Marcus Bachmann's "pray away the gay" clinic and demanded that Marcus come out and discipline them for their "deviant" behavior.

Marcus Bachmann, who conducts "reparative therapy" at the clinic intended to convert homosexuals, has said that gays are "barbarians who need to be disciplined." The horde requested to speak directly with Bachmann and experience some "discipline" for themselves.

When Marcus was no where to be found, the barbarians glittered the empty waiting room and reception area while chanting, "You can’t pray away the gay -- baby, I was born this way!"

Here is the video, courtesy of Nick Espinosa, of the "barbarians" demanding to be "disciplined" by Marcus Bachmann, and glittering the waiting room in front of an unimpressed receptionist: