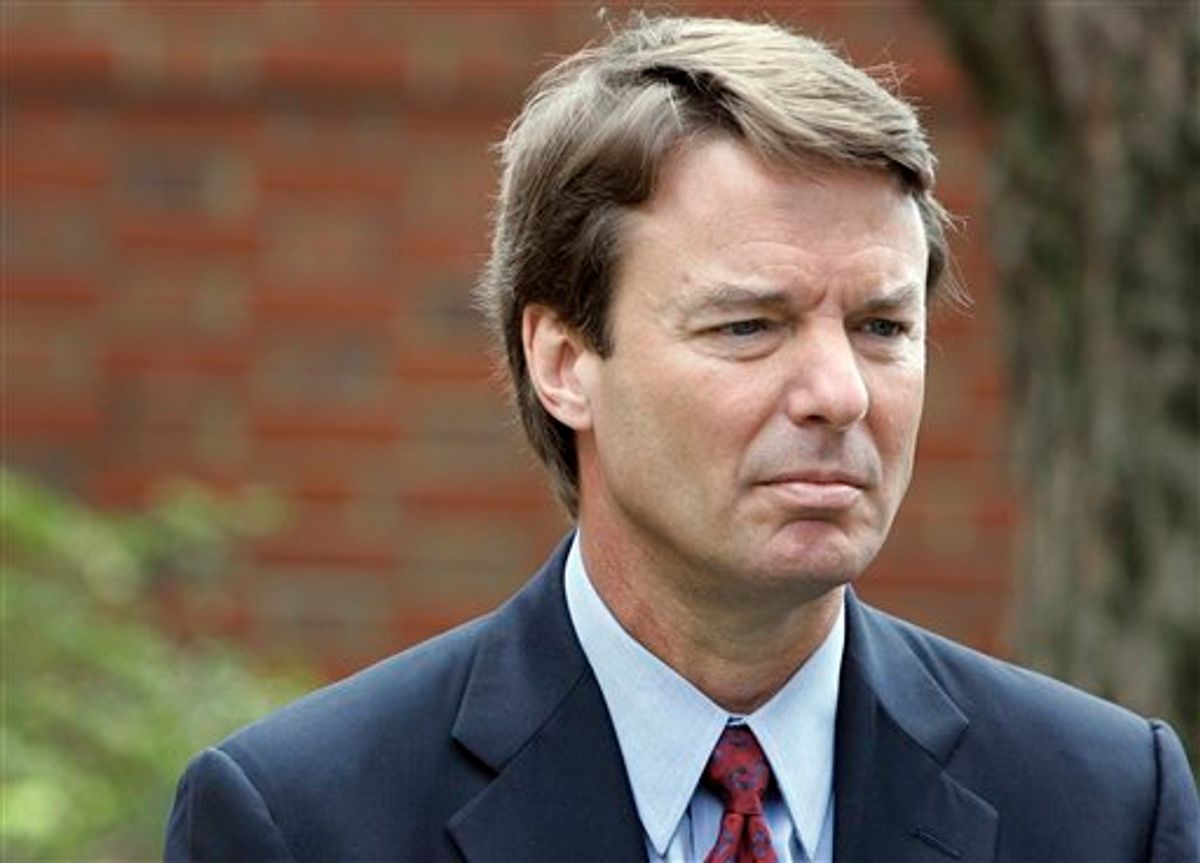 FILE - In this March 22, 2007, file photo Democratic presidential hopeful John Edwards listens to his wife Elizabeth, not shown, talk to media about her recurrence of cancer during a news conference in Chapel Hill, N.C. The legal case against two-time presidential candidate focuses on where to draw the line between the public and private in a politician's life. The central dispute over Edwards' indictment on felony charges is whether money, spent by two supporters to keep his mistress in hiding, were campaign contributions or private gifts from friends. (AP Photo/Gerry Broome, File) (AP)
--

The commission voted 6-0 to order the repayment after conducting an audit of the campaign.

Federal auditors said the campaign understated its cash on hand and overstated its expenses, including money spent to wind down the campaign. Auditors also found that the campaign failed to itemize more than $4 million in loan repayments.

Such audits are required by law for federal campaigns that accept public financing, several of the commissioners noted.

"It is not at all unusual for a campaign to have a discrepancy," said Ellen Weintraub, a commissioner. "It's just a math problem and that's how the math worked out."

Federal auditors said about $2 million of the amount to be repayed was due to federal matching funds the Edwards campaign received but did not deserve. Auditors said the repayment also should include $141,808 in uncashed checks the campaign issued to donors that were never cashed, according to the audit.

The campaign got nearly $13 million in matching funds after it was approved by the Federal Election Commission in December 2007. Edwards dropped out of the race Jan. 30, 2008.

The Federal Election Commission's ruling is the latest problem for Edwards, who was indicted last month on federal charges that he accepted illegal campaign contributions to hide an affair during his unsuccessful 2008 White House bid. Edwards, who was the 2004 vice presidential nominee, has pleaded not guilty to six felony charges that include allegations he filed false campaign reports to cover up the payments.

The Edwards campaign has continued to spend down its cash. It had about $2.6 million in cash on hand on June 30 after spending $183,000 during the previous three months.