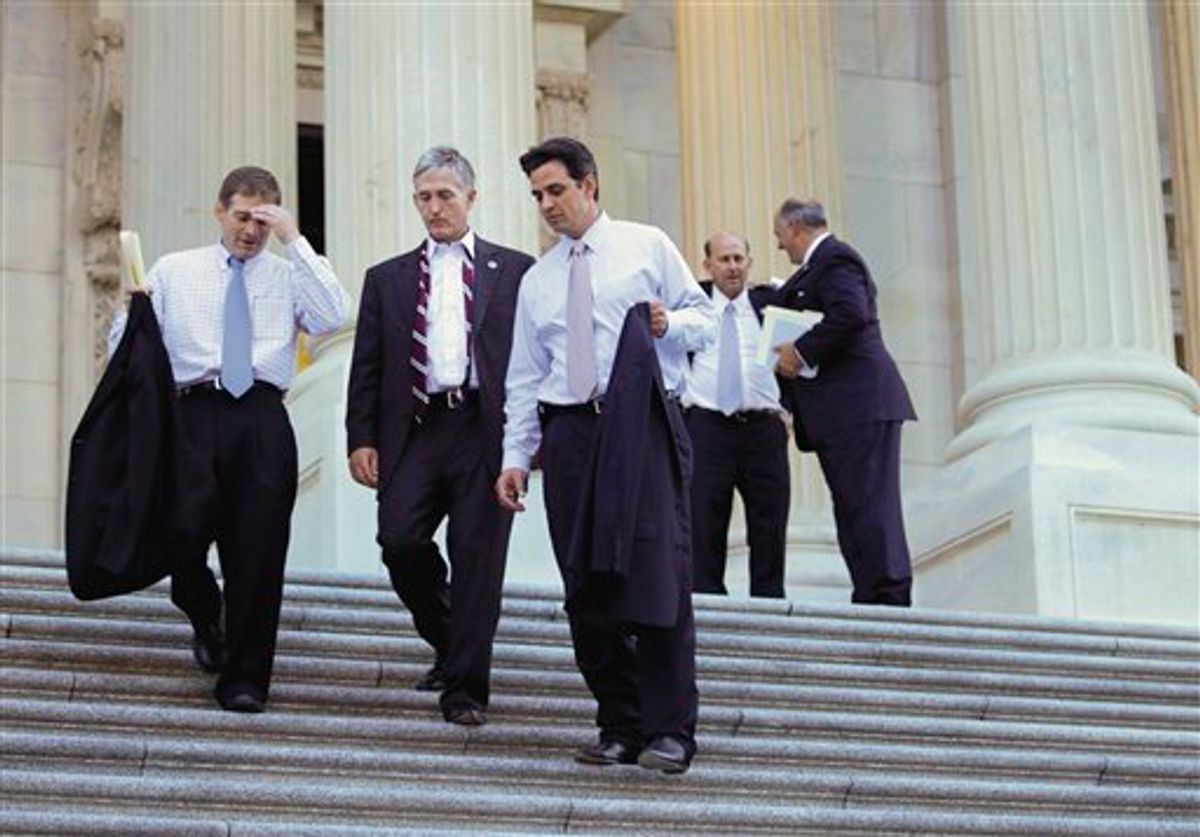 A new Washington Post/ABC News poll finds that nearly two-thirds of registered voters say they plan to "look around" to vote for someone other than their current member of Congress in 2012. Just 32 percent say they're content to vote for their incumbent.

This is the highest level of dissatisfaction with Washington ever seen in Post/ABC polling, which dates back to 1989, notes the Post's Chris Cillizza. A striking 80 percent of all respondents said they were either dissatisfied or angry about the way Washington works.

This discontent -- although spread almost evenly across party lines -- is more likely to more negatively impact Republicans, says Cillizza, simply because they are the majority party in the House.