The absurd attack on contraceptives 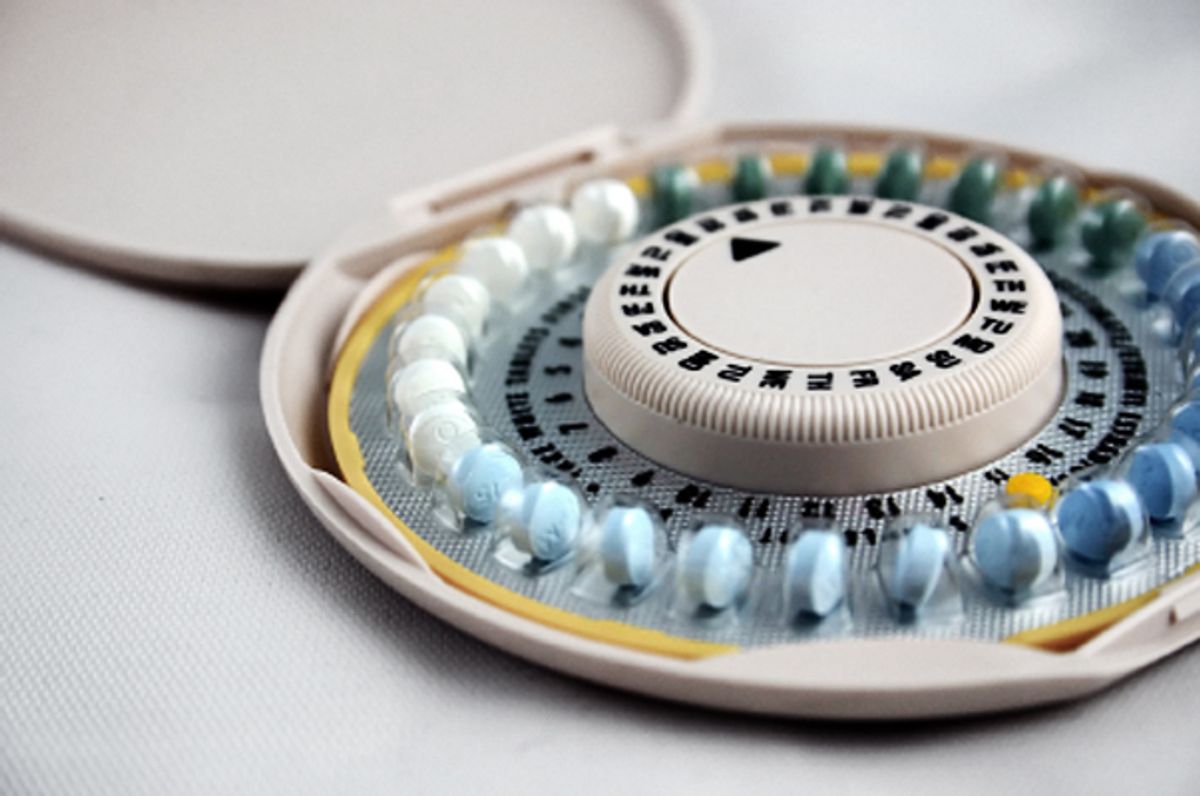 Reproductive rights activists seem wryly amused by the desperate machinations of their opponents -- or at least they have been ever since an independent medical panel's recommendation earlier this week that insurers be required to fully cover all FDA-approved contraceptive methods. Laura MacCleery, government relations director at the Center for Reproductive Rights, could barely suppress her incredulous laughter during a phone interview: "The opposition to the scientific case for contraception is just so extreme," she said. It's also profoundly out of step with the rest of the country.

A recent Reuters-NPR poll found that 77 percent of Americans want private health insurance to cover birth control, and 74 percent think government-sponsored plans should as well. An even larger share -- 99 percent -- of American women use contraceptives at some point in their life. "It's not controversial to women in this country -- almost everybody uses it sometimes," Judy Waxman, vice president at the National Women's Law Center, told me. "That is true for Catholic women, evangelical women, all women. The numbers are the same." She adds, "The U.S. Conference of Catholic Bishops [which is stridently opposed to a birth control mandate] is not really affecting what Catholic women, let alone any other women, are doing in their daily lives."

It might be that the opposition understands just how far they stand outside of the mainstream -- which is why they're trying to reframe this as a debate about abortion. Jeanne Monahan, director of the Family Research Council's Center for Human Dignity, said in a statement that requiring insurers to cover FDA-approved birth control "essentially would mandate coverage for abortion."

No, the IOM did not recommend coverage for abortifacients, it's just that conservatives are arguing, as they have before, that certain forms of emergency birth control, like Plan B and Ella, can terminate a pregnancy by preventing the implantation of a fertilized egg in the uterine lining. There are (at least) two reasons this is totally bogus: 1.) The American College of Obstetricians and Gynecologists defines conception as beginning when a fertilized egg is implanted, and 2.) There is zero solid scientific evidence that these emergency contraceptives prevent implantation. But, really, it doesn't matter, because now we've wandered into the treacherous political territory of abortion, shifting the focus away from the much less controversial issue of birth control.

MacCleery told me, "People need to understand that the same people that vocally oppose access to abortion also oppose access to contraception, which most people think is an important way to reduce unintended pregnancies." The real issue here is that, as the IOM panel said, birth control should be included in preventive care not because pregnancy is an illness but because unplanned pregnancies are demonstrably bad for women's and children's health. The U.S. has one of the most shameful records on that front: Half of all pregnancies in this country are unplanned.

Part and parcel to the abortion diversion is the argument that mandating birth control coverage would violate the "conscience" of Americans who would be forced to pay for a plan that goes against their religious beliefs. It should go without saying, but nothing does in this debate, so to be clear: It wouldn't actually require people to take birth control; it would require insurance providers to cover contraceptives for those who do.

Opponents argue that their conscience would be violated just by paying for a plan that paid for other people's contraceptives. But, as Adam Sonfield of the Guttmacher Institute argued Thursday in a live Q&A on the Washington Post's website, "insurance would basically become unworkable if everyone got a veto over what services any other member of the insurance pool could use." (Not that even that would stop them.) "Buying insurance doesn't give someone the right to veto other peoples' health care decisions," he explained. "You may disagree with a host of health care-related decisions that other people make, such as smoking or diet or riding a motorcycle, but our right to disagree is not a right to interfere."

The "conscience" argument also ignores the fact that birth control is already covered by most private insurance plans. As Waxman said: "It's not so much that this is revolutionary -- it really already is covered in the vast majority of plans."

And most Americans are OK with that.