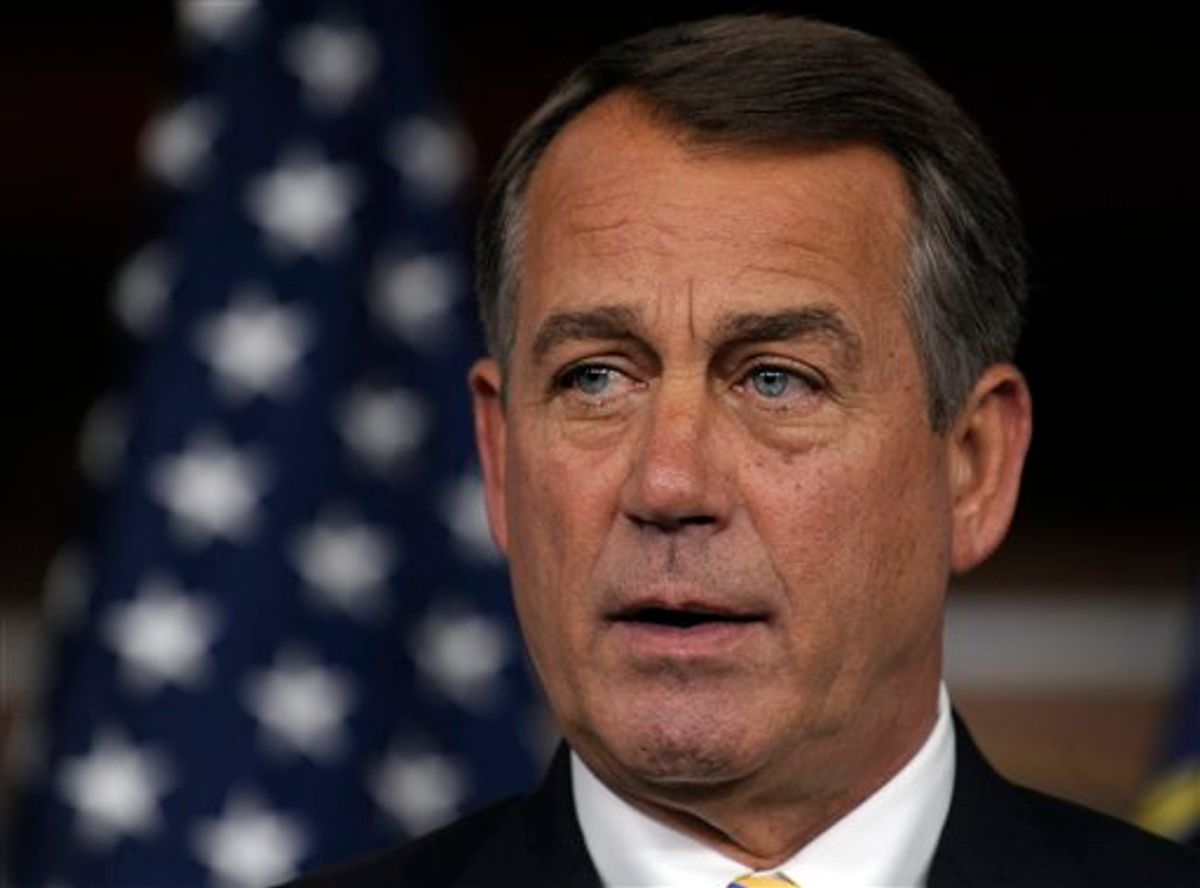 Speaker John Boehner declared Friday that the House has "done its job" toward resolving the impasse over raising the government's debt limit and said it was time for the Senate to act.

"There is no deal. There is no agreement in private" with Democrats, Boehner told reporters at the Capitol as the Senate was voting on a bill pushed through the House by majority Republicans which is called "cap, cut and balance" in pursuit of an accommodation on raising the government's debt limit. The legislation was killed in the Democratic-dominated Senate on a procedural vote by a 51-46 margin.

Treasury's borrowing authority expires Aug. 2, and the government will be facing default at that time in the absence of legislation to raise the debt limit.

A testy Boehner said at one point that "at the end of the day, we have a spending problem," blaming that on Democrats and then abruptly declaring an end to his news conference.

Boehner's appearance came after days of partisan wrangling and the Senate vote on GOP-backed legislation tying an increase in borrowing authority to a substantial program of spending cuts, including restraints on Social Security and Medicare.

House Majority Leader Eric Cantor called on Democrats to produce their own plan.