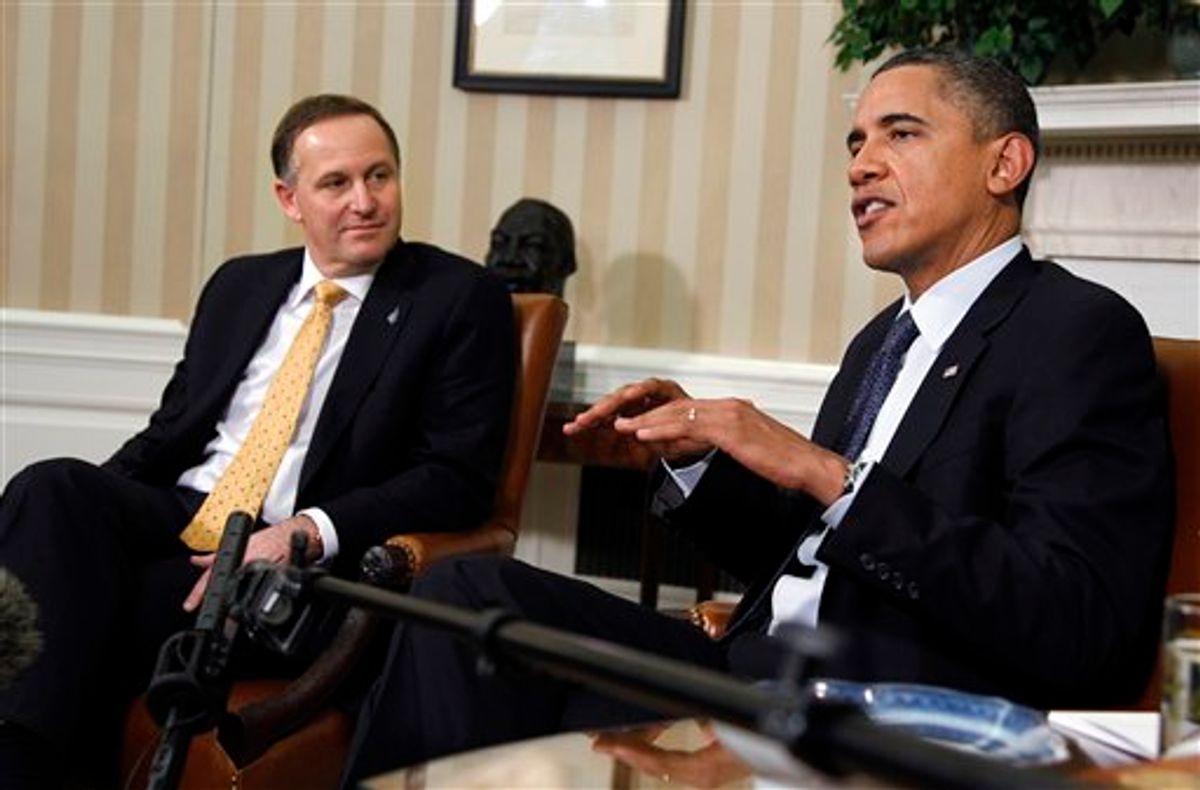 President Barack Obama on Friday formally signed off on ending the ban on gays serving openly in the military, doing away with a policy that's been controversial from the day it was enacted and making good on his 2008 campaign promise to the gay community.

The president joined Defense Secretary Leon Panetta and Adm. Mike Mullen, the joint chiefs of staff chairman, in signing a notice and sending it to Congress certifying that military readiness would not be hurt by repealing the 17-year-old "don't ask, don't tell" policy.

That means that 60 days from now the ban will be lifted.

"As commander in chief, I have always been confident that our dedicated men and women in uniform would transition to a new policy in an orderly manner that preserves unit cohesion, recruitment, retention and military effectiveness," Obama said in a statement.

"Today's action follows extensive training of our military personnel and certification by Secretary Panetta and Admiral Mullen that our military is ready for repeal. As of September 20th, service members will no longer be forced to hide who they are in order to serve our country."

Friday's move was expected under the repeal law Congress passed in December. Before "don't ask, don't tell," the military did not allow gays to serve. But in 1993 Clinton said gays would be discharged only if their sexual orientation became known.

Repeal has drawn strong opposition from some in Congress, and there was initial reluctance from military leaders who worried it could cause a backlash and erode troop cohesion on the battlefield.

But two weeks ago, the chiefs of the military services told Panetta that ending the ban would not affect military readiness.

Advocacy groups that fought for the change called the decision Friday long-overdue, while opponents said it's a political payoff to left-leaning gay and lesbian activists.

"The president's certification of repeal is a monumental step, not just for those forced to lie in order to serve, but for all Americans who believe in fairness and equality," said Human Rights Campaign President Joe Solmonese.

Elaine Donnelly, who heads the Center for Military Readiness, which has lobbied against repeal, said it will "undermine morale and readiness in the all-volunteer force."

The Pentagon is expected to spend the next 60 days preparing the troops for the change, and ironing out legal and technical details, including how it will affect housing, military transfers and other health and social benefits.

Once the repeal is final, service members can no longer be discharged for openly acknowledging they are gay. That's the key change. And those who have been discharged previously based solely on the gay ban may apply to re-enter the force.

Service members may also designate their same-sex partners as beneficiaries for insurance and other benefits -- something they may have avoided earlier for fear it would cause their dismissal.

One of the thornier issues is gay marriage.

An initial move by the Navy earlier this year to train chaplains about same-sex civil unions in states where they are legal was shelved after more than five dozen Congress members objected.