In defense of weeds 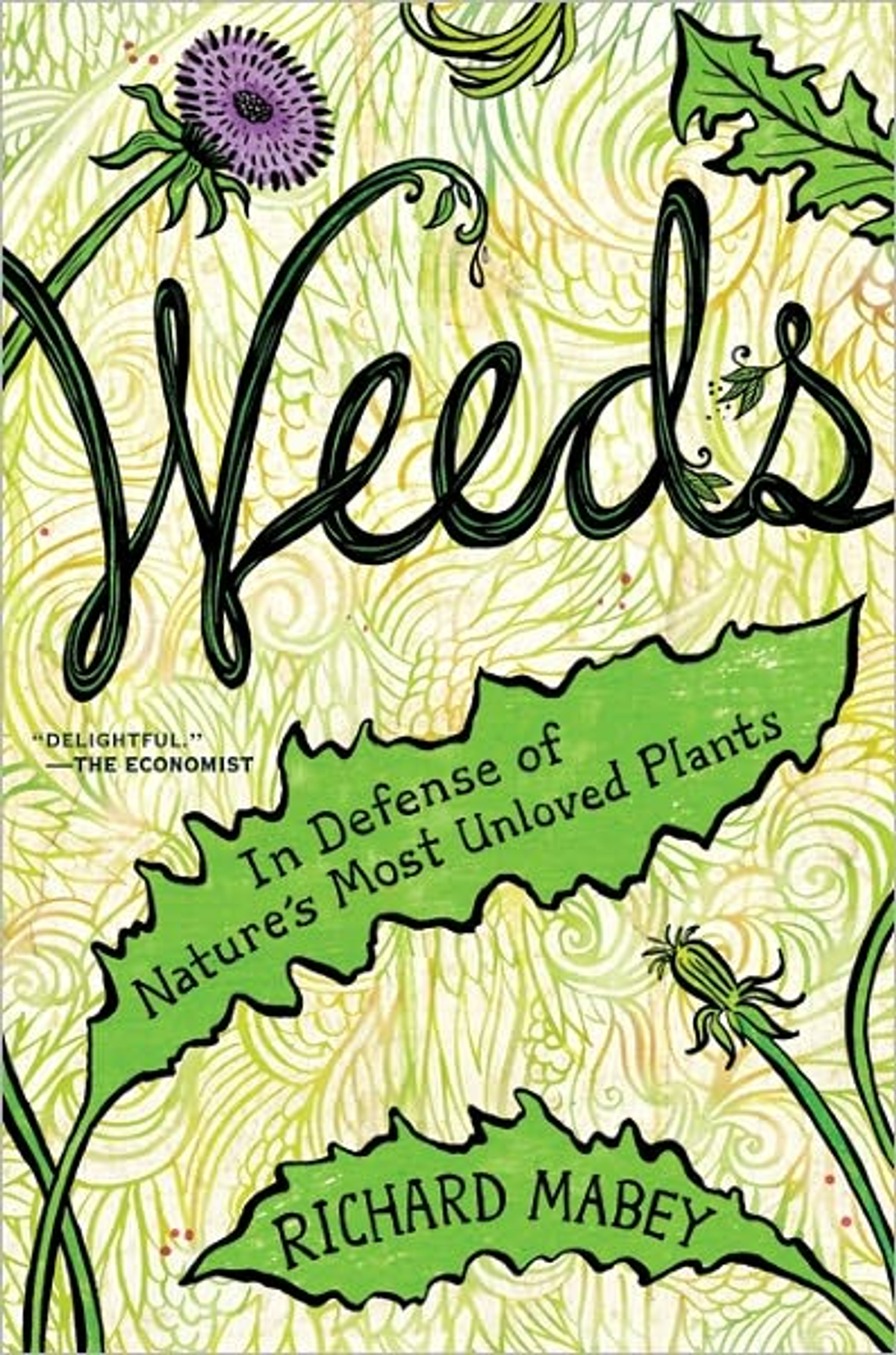 The nicknames given to weeds in medieval times reveal much about how people regarded these reviled plants. Mayweed was known as "Devil's daisy," corn buttercup as "Devil's claws," ground ivy as "Devil's candlestick," and on and on. No less than twenty species, British naturalist Richard Mabey observes in his enchanting "Weeds: In Defense of Nature's Most Unloved Plants," were identified during that period as tools of Satan. Though the names have changed, many continue to view them that way.

The book's subtitle might have you bracing for a polemic, but Mabey, author of 1973's landmark forager's guide "Food for Free" and many books since, is too genial a narrator for that. (The U.K. edition's more sober subtitle is "How Vagabond Plants Gatecrashed Civilization and Changed the Way We Think About Nature.") Instead, he builds his case through a philosophical, romantic and occasionally sentimental journey through the history of weeds, including their portrayal in the Bible, Shakespeare and science fiction.

The book is peppered with fun facts -- for instance, burdock, with its clinging burrs, inspired the invention of Velcro in the 1950s -- but it ends up being surprisingly profound. The author emphasizes that weeds are a cultural, not a biological, category, a result of our "ceaseless attempts to draw boundaries between nature and culture, wildness and domestication." Weeds can be wild plants that invade our gardens or domesticated plants that escape the garden and run rampant in the wild. Mabey holds humanity accountable not just for maligning weeds -- he cites with approval the familiar definition of a weed as merely "a plant in the wrong place" -- but for creating the conditions in which they thrive and occasionally run amok. Case in point: The U.S. government's encouragement of the planting of Asian kudzu during the first half of the 20th century to help control soil erosion. The unstoppable vine, which grows with astonishing speed, is now choking 2 million acres of forest in the South.

By the end of the book, Mabey suggests that some rapprochement with weeds is possible. More and more gardeners are tolerating them rather than dousing them with chemical herbicides. In some urban areas, weeds are being allowed to "green over the dereliction we have created," as in Detroit, where prairie weeds and vines are taking over abandoned lots and are being welcomed rather than driven out. And as more is learned about the science of weeds, which tend to be fast-growing and highly adaptable, their important role in the ecosystem can be appreciated. As Mabey explains, "They stabilize the soil, conserve water loss, provide shelter for other plants, and begin the process of succession to more complex and stable plant systems."

Because Mabey is a lyrical writer with obvious affection for his subject, "Weeds" charms as much as it informs. He redeems the aggressive and smothering heliotrope by musing that "in a bleak December, with not another wild flower about, it can touch your heart." In a delightful chapter on his own home garden in Norfolk, England, he describes his "whimsical and sometimes downright hypocritical" weed policy: "I still hoick them up when they get in my way, but it's a capricious assault, tinged with respect and often deflected by a romantic mood." After reading this book, you will likely view the invaders in your own garden with a newfound respect; it's quite possible you'll find a bit of romance in them, too.