As its government teeters, the impoverished and chaotic Gulf nation is the focus of a U.S. bombing campaign 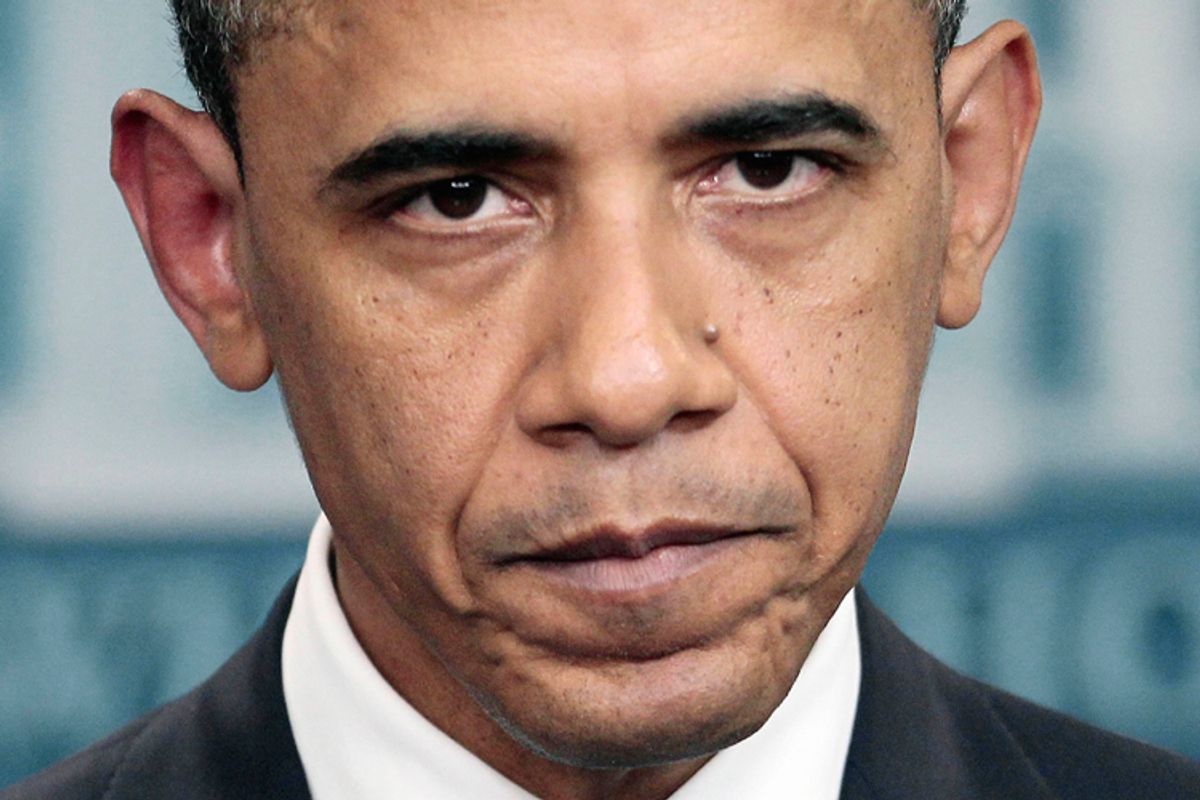 The Obama administration has in recent months intensified its bombing campaign in the unstable Gulf nation of Yemen, where Islamic militants have been the target of U.S. airstrikes for several years.

Just this month, a U.S. drone strike against militants in southern Yemen reportedly killed at least 50 people -- many of them civilians. Meanwhile, the Wall Street Journal quoted unnamed U.S. officials this week saying that the Yemen-based al-Qaida in the Arabian Peninsula was "placing a higher priority on attacking the U.S. and Western targets overseas."

All of this is occurring against a backdrop of civil unrest and fighting in Yemen, where the regime of President Ali Abdullah Saleh has been trying to violently suppress opposition protesters for months. For an update on the situation in Yemen and the U.S. military campaign there, I spoke to Gregory Johnsen, a respected Yemen analyst and a Ph.D. candidate in Near Eastern studies at Princeton.

There's a Wall Street Journal piece this week saying unnamed U.S. officials are worried about al-Qaida in the Arabian Peninsula staging attacks outside of Yemen. What's your read on how much of a threat this group is?

With regards to the Wall Street Journal story, I'm not sure how much of that is new. Al-Qaida in the Arabian Peninsula has for quite some time been really explicit in talking about targeting both Western and Yemeni government interests within the country as well as going after regional targets -- as well as of course going after the United States, as was shown on Christmas Day 2009 and in the parcel bomb plot last year.

The situation right now is very murky. There has been a great deal of fighting in the southern province, Abyan, which has been going on throughout most of the summer. There's a group that calls itself Ansar al-Shariah, or the supports of Shariah (Islamic law), that have been fighting with the Yemeni military in the capital of the province. There have also been a number of U.S. airstrikes targeting these militants. The belief is that Ansar al-Shariah is affiliated with or linked to al-Qaida, but most of that comes from a single interview, so we don't have a lot of information to back it up. Al-Qaida itself has not put out a great deal of publication materials since the protests in Yemen really got started. So at the moment we have a lot more questions than we have answers.

Do we know how many people there actually are in this al-Qaida in the Arabian Peninsula group?

A couple years ago, the foreign minister of Yemen came forward with the idea that there were 300 individuals in the group. Since he said that, many in the media have picked up on that and run with it, but I think it was really just his best guess. This year, for example, the Yemeni government has announced it has killed 200 or 250 members of al-Qaida since the fighting began earlier this spring. And we see on the ground that there are still people fighting for the organization and carrying out attacks in Abyan. So we don't have a very good sense of the numbers.

My reading of the situation is that al-Qaida in the Arabian Peninsula has actually gotten stronger in recent years, largely because of U.S. airstrikes. The U.S. has managed to kill some key mid-level commanders, but many of these individuals have been replaced quite quickly. And as the U.S. has killed them, there has been a significant amount of what's often referred to as collateral damage. That is, innocent women and children or unaffiliated civilians who are killed in these airstrikes. That tends to not only fit into al-Qaida's argument that Yemen is a legitimate theater of jihad, but also the people that have died tend to have brothers and uncles and cousins. We're seeing more and more people becoming radicalized.

Who exactly is being killed by all this American bombing? Is it clear to anyone what's really happening?

It's not at the moment. The problem is that the town of Zanjubar, where a lot of the fighting is going on now, has many internally displaced people. We've seen some video coming out of the city but it's really hard to confirm. There aren't a lot of journalists working on the ground. And the Yemeni government has of course sort of eroded away in the face of the protests in the last couple months, so it's hard for international journalists to work on the ground. Most of what has come out is either official statements by the Yemeni government or very sketchy unverified reports that are being passed through several intermediaries.

How intense is the American military campaign?

We know that the U.S. is certainly carrying out air and drone strikes. We know that the U.S. tried to kill Anwar al-Awlaki, the Yemeni-American cleric, on May 5, and they missed. We know another individual who is on the FBI's Most Wanted list was targeted about a week ago, and they missed him as well. We're not always sure who is doing the bombing. There have been a number of instances where the Yemeni government falsely claimed to have carried out an air raid on a particular militant hideout. For instance there was a case where the militants had taken over a police station in a particular town, and the government claimed it had carried out an air raid on the station. It later turned out that it had actually been U.S. missiles that were fired. So it's become very difficult for outsiders to piece together what's going on because there is a lot of misinformation.

Earlier this month, President Saleh appeared on TV in a badly burned state from Saudi Arabia, a few weeks after a bombing at his palace. With all the protests and fighting, what's the state of the regime right now?

Essentially the military has switched. Large portions of it have defected and have joined what's broadly being called the protest movement. The other half of it -- the Republican Guard and other parts that are commanded by Saleh's relatives -- remain loyal to their commanders. This is the standoff. The government doesn't have a great deal of control over large portions of the country. It's only really in some urban areas where the Saleh government continues to carry out attacks against protesters.

Taking a step back, what we have is a very large anti-Saleh coalition made up of different interest groups within Yemen. Many of them have been opposed to one another but are currently being held together in an alliance against President Saleh. It's a very fragile, creaky alliance. There's a lot of bad blood and mistrust among the various actors. It's a very tense political stalemate while the president is out of the country. Everyone is sort of waiting around to see what happens next.

What role is the Obama administration playing besides the bombing?

The criticism that a lot of people have is that the U.S. is only looking for someone who is willing to partner with them to attack al-Qaida. Officially the U.S. has come out and said it's time for President Saleh to step down and it would like to see a very orderly political transition. But this has been difficult. There was a Gulf Cooperation Council proposal that was put forward three times during the spring. President Saleh each time said he would sign it; each time he balked at the last minute and did not sign. I think it's become clear that Saleh isn't going to step down unless he's really forced out. What we're seeing is that the U.S., as well as Saudi Arabia, either doesn't have or isn't using the proper amount of leverage with which to force President Saleh out. So now we have a situation where the country is crumbling: There are very severe problems with water shortages, with electricity, with gas shortages. The U.S. can fire as many missiles as it wants to against militants, but the situation in Yemen and the situation combating al-Qaida is not going to get any better until there's some kind of political transition. But we haven't seen the kind of creative diplomacy that would require -- either from the U.S. or from Yemen's neighbors.