Could Karl Rove politics save Obama in '12?

If Mitt Romney is his opponent, the president would do well to dust off George W. Bush's 2004 playbook 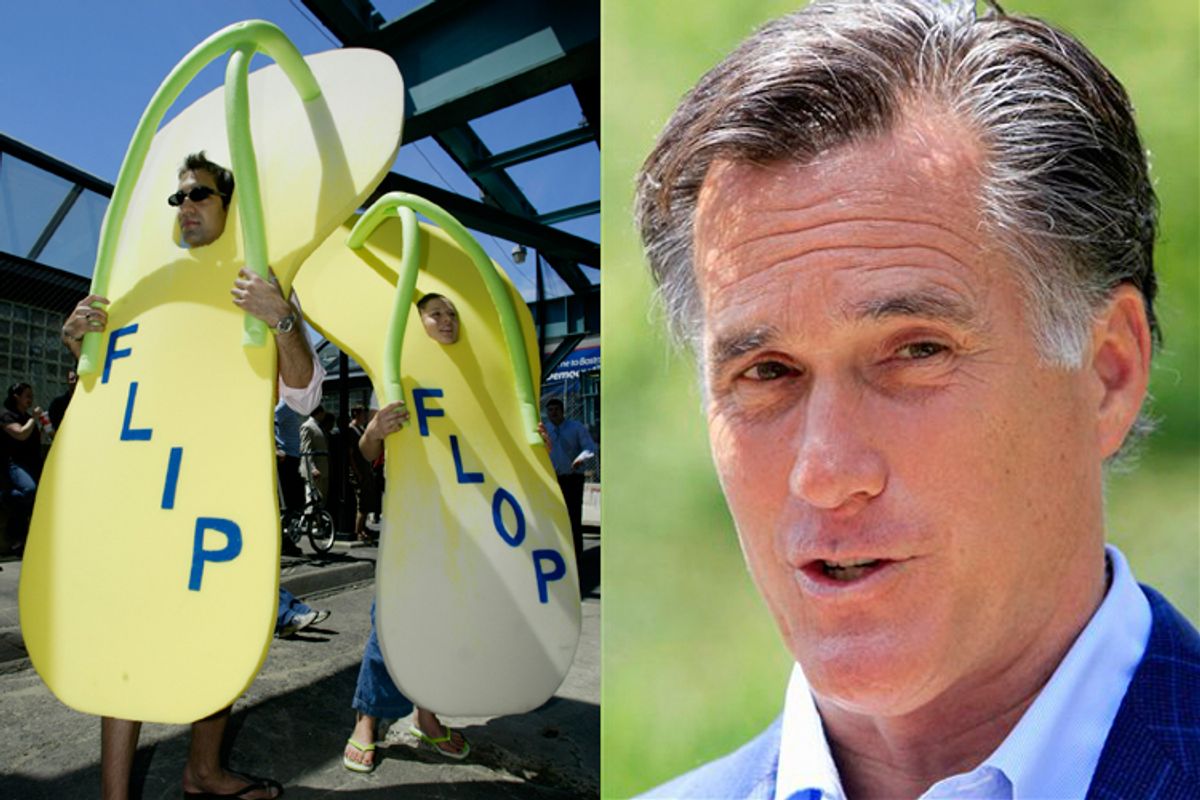 No two elections are the same. But some are more alike than others, and the 2012 campaign is already showing some intriguing similarities with 2004: a vulnerable incumbent, an opposition party base desperate to drive him from office, and an unimpressive field of would-be challengers devoid of a genuine political star.

The '04 parallel is most significant when it comes to the GOP race and its front-runner, Mitt Romney. While Romney remains deeply vulnerable within his party, he enjoys sizable advantages in money, name recognition, electability and plain charisma that will be difficult for his foes to overcome. This is especially true if, as expected, Rick Perry soon enters the race and splits key conservative segments with Michele Bachmann. If Romney continues running a smart campaign, he should win the nomination.

If he does, this would be cause for concern for Democrats, because Romney is the GOP’s best choice for the general election. As the party's most disciplined and telegenic option, he would give President Obama big headaches, as national and swing state polling already suggests. As Nate Silver wrote last week, an Obama-Romney race looks now to be a toss-up.

Here's where '04 comes into the picture. The nation’s current economic instability is likely to be a more potent political liability than Iraq was, so Obama figures to face even rougher sledding than Bush did seven years ago. Bush's winning strategy, though, could provide a blueprint that Obama could use for a campaign against Romney -- especially when it comes to how he handled his opponent. From the moment John Kerry captured the nomination to oppose Bush, Republicans made it their singular mission to define him for the nation before Kerry could define himself. And they succeeded.

As candidates, Romney and Kerry are surprisingly similar. Both men made their political careers in Massachusetts, are fabulously rich, and have some awkward personality traits. Just like Romney now, Kerry was seen as his party's best bet to topple an incumbent loathed by the base. And there's also the matter of flip-flopping on key policy matters: Romney is as guilty of it as Kerry was.

When the 2004 general election campaign began, the Bush team launched a procession of attacks on Kerry with a deadly precision and didn't let up until the election was over. Portraying Kerry as a serial equivocator and reinforcing perceptions that he could be aloof, and unapproachable, Republicans brutalized him before he could get out of the gate. Before long, Kerry's poorly phrased "voted for it before I voted against it" explanation of Senate procedure had been lodged in Americans' minds for all time.

While perhaps lacking some of Kerry’s foibles, Romney is vulnerable to the same approach. Romney's painful primary season attempts to play down his enactment of a healthcare reform plan in Massachusetts that became the model for "ObamaCare" is obvious fodder for fall attack ads. And this is hardly the only significant example of Romney's chameleon tendencies. After all, he launched his career by adopting moderate positions necessary to operate in Massachusetts, and he's now forsaken them to curry favor with a rabidly right wing Republican primary electorate. Thus, the menu of material available to Democrats to negatively define Romney coming out of the primary would be voluminous, hardly limited to one or two issues.

Using Republicans’ general tack from 2004 could have benefits beyond the original Bush strategy. In 2004, the Democratic base was united to drive Bush from office, and any appeals to win over modern Reagan Democrats were useless. Karl Rove knew this, and the visceral attacks on Kerry were designed to gin up their base and convince just enough wary independents that despite any qualms they may have had with Bush, Kerry was too weak to be trusted. It worked as Bush broke even with Kerry on independents, and won a narrow national majority.

Playing up Romney's flip-flopping could have two benefits for Democrats, souring swing voters on him while also reminding the GOP base of his past apostasies and depressing their enthusiasm -- and turnout -- for him.

Of course, the wild card remains the economy, and if unemployment remains at or near its current level, the shrewdness of any Democratic attacks might not matter. Nonetheless, Democrats should be developing a strategy now to neutralize Romney, and the Bush '04 playbook offers an attractive template. Romney's vulnerabilities are even more pronounced than Kerry's were, and Obama could conceivably strip the bark off his candidacy before he can even introduce himself as a viable alternative.

Sometimes, elections can repeat themselves.