Should novelists double as book critics? Suddenly one prominent reviewer -- and author -- isn't so sure 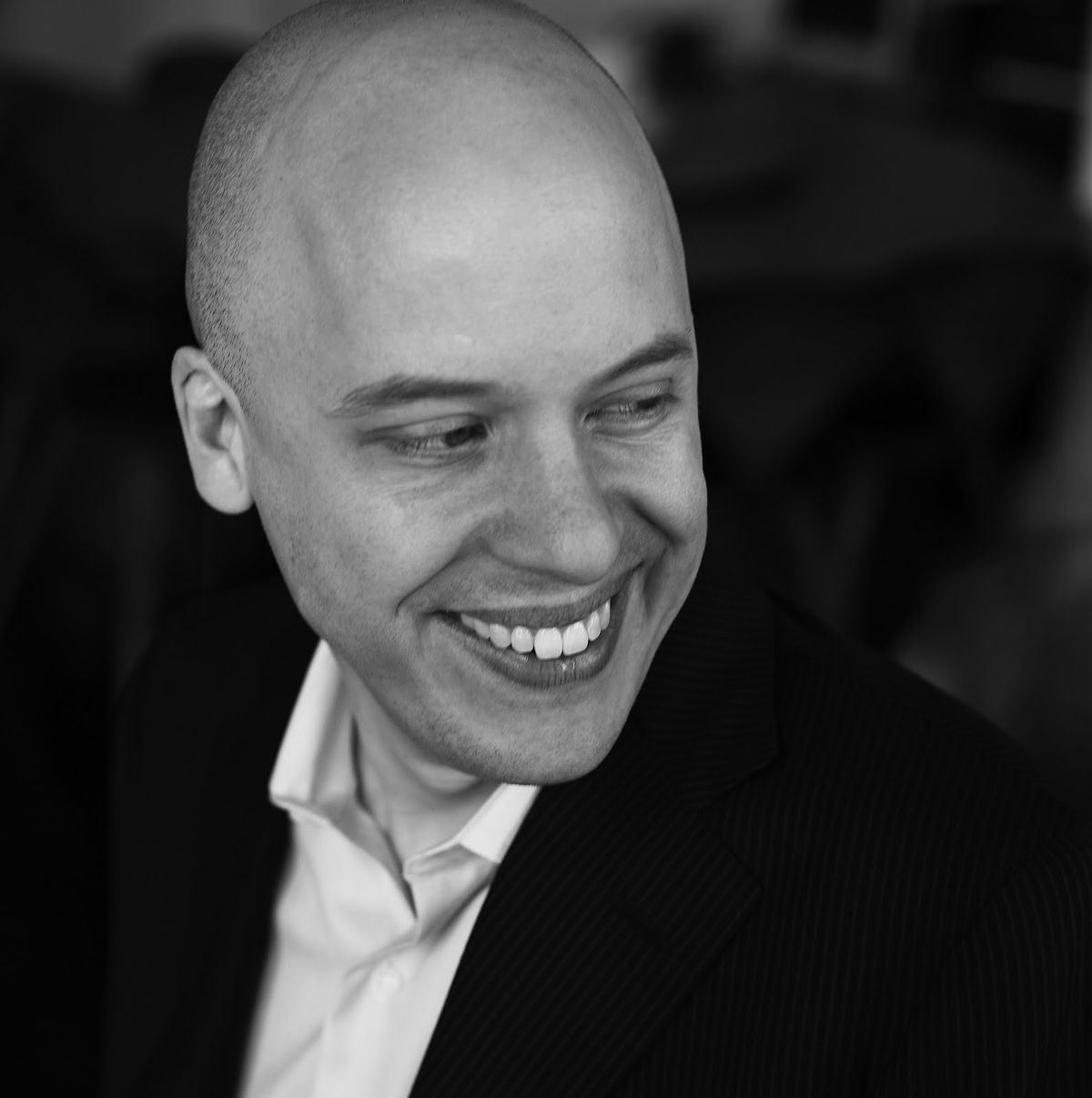 There was a time early in his career when book critic Lev Grossman loved nothing more than a good old-fashioned hatchet job.

"I felt really angry at novelists whom I considered overrated, who I saw as sucking up the cultural oxygen that should have gone to more deserving writers. I really went after them," Grossman admits.

But Grossman, the chief book reviewer for Time, has softened over the years, and he admits that has something to do with his own success as a novelist. "The Magicians," his dark fantasy novel set in a universe part J.K. Rowling and part C.S. Lewis, became a 2009 best seller. A second installment, "The Magician King," arrives next week. And suddenly Grossman is thinking about hanging up his literary judge's robe.

"When a critic writes a novel, it's like one of those movies where the cop crosses the line and gets tossed in jail along with the people he put there," he said. "There's no question, writing fiction has changed the way I review."

Empathy, as it turns out, killed the assassin -- empathy for readers, whose contradictory reactions have left him less eager to declare a book categorically "good" or "bad." And empathy for authors, with whom he now identifies.

Grossman, however, is far from alone in his dual role with its peculiar tensions. The book review page is an odd cultural territory, often inhabited by such hybrid creatures -- unlike their contemporaries in other disciplines, where the lines between critic and artist are more pronounced. You're not likely to catch Greil Marcus playing a side stage at Bonnaroo or Manohla Dargis peddling her latest short film at Sundance. Writing book reviews, however, is a popular way for novelists to earn money and keep their name before readers; the New York Times and the Washington Post employ staff critics, but also regularly assign fiction reviews to fiction writers.

In a perfect world, everyone wins with this arrangement. Writers are employed, and novels are reviewed by those who have an intimate understanding of the craft and who might naturally be predisposed to look kindly on the strange enterprise of making up stories for a living. David Gates, author of the novels "Jernigan" (a finalist for the 1992 Pulitzer Prize) and "Preston Falls," and a former staff book critic for Newsweek and regular contributor to the New York Times Book Review, thinks a fellow fiction writer can bring a unique perspective to critical discourse.

"Ideally, a fiction writer -- and particularly one who, like me, also teaches fiction writing -- can see the work that went into someone else's fiction, the decisions that have been made, the ingenious solutions to problems non-writers may not know exist, the bright moments when a writer must have had something amazing drop out of the sky," Gates says. "Sometimes, too, you notice the effort that another writer seems to have shirked."

When Gates reads a book for review, he's looking at the work not only for what it is, but in terms of the potential it might have realized -- a position that could lend the critic more compassion toward the author, but can just as easily frustrate him beyond repair. And the possible result is every novelist's nightmare: the very high-profile, very bad review. For writers who both produce and critique, danger lurks on both sides of the desk. A bad, or even lukewarm, review can cost an author sales, reputation, exposure. But panning a peer can hurt the reviewer, too.

"Paying the sort of attention to a book that a review requires might be useful in doing your own work," said Gates. "But the pitfalls are equally obvious. If you disgrace yourself in a review, that little contributor's note can become a kick-me sign. Writing negative reviews can make enemies for you."

Writer-on-writer crime reads like highbrow gossip and can generate more of the same  -- Richard Ford spitting on Colson Whitehead at a party two years after Whitehead panned Ford's "A Multitude of Sins" in the New York Times comes to mind. Especially since literary types were still buzzing about how Ford took an Alice Hoffman book to his backyard, shot holes in it and mailed it to her after she turned thumbs-down on "The Sportswriter" in the Times.

They linger in the critical memory, like Dale Peck's infamous charge in the New Republic that Rick Moody was, and we quote, "the worst writer of his generation." That review was crucial to a buzzed-about manifesto decrying nasty "snark," penned by another novelist, Heidi Julavits, in the Believer.

Negative reviews can also spawn aesthetic debates among writers, like when James Wood's 2001 essay in the Guardian decrying "hysterical realism" -- especially in the work of Zadie Smith -- elicited an impassioned rebuttal from Smith the following week.

Wood, now at the New Yorker, found himself on the other end when his own first novel, "The Book Against God," earned tepid reviews, including one by Daniel Mendelsohn in the New York Times that raised questions not only about Wood's fiction chops, but in turn, what those creative failings said about Wood's critical acumen. Ouch.

But there are others who worry that too many authors reviewing authors has created a literary culture where every new novel earns polite applause and gentle murmurs of niceness.

After all, the world of literary fiction is small and political. Stephenie Meyer might pay her bills off "Twilight" royalties alone, but most writers teach (or write reviews) on the side, and rely on their reputations to land paying side gigs. Some might ask themselves whether chancing an awkward moment with an influential writer in the Bread Loaf Writers' Conference dining hall or blowing their chances at a well-paying residency is worth telling the truth about another writer's book.

It's a dilemma critic Joanna Smith Rakoff has given a lot of thought to since her own first novel, "A Fortunate Age," came out in 2009. A prolific book journalist, she's written author profiles and book reviews for numerous newspapers and magazines over the last decade, including the book review sections of the Los Angeles Times and the New York Times. But Rakoff estimates she's written only about a dozen reviews in the last two years since she made the leap from critic to literary novelist.

"I started to feel really nervous about writing criticism. There was this little part of me that felt that when I didn't like a book, I was going to be perceived as betraying my fellow fiction writers," Rakoff said. "I can think of one instance where the desire for self-preservation reared its ugly head, but as a critic you have to squelch those feelings and write a review that is authentic and honest."

If it's so fraught with danger, why bother? Surely there are easier ways to pay the rent. Reviewing films, for instance, since the average Columbia MFA graduate is unlikely to suffer any serious social or political fallout from enumerating the many failures of logic and physics in the latest "Transformers" product. But fiction writers love books, and being paid to write about other people's books runs a pretty close second to being paid to write their own. And writing serious reviews over a sustained period of time can pay off by helping an emerging writer refine her own aesthetics, as Rakoff discovered.

"It's almost like a primer in figuring out, in a systematic way, what I want from a book, what I like about fiction and how fiction works for me as a reader," she said. "In writing my first novel, I was writing the book I wanted to read."

It doesn't hurt that novelists are in demand as book reviewers. Gregory Cowles, staff editor at the New York Times Book Review, says his first impulse is always to turn to the large pool of freelancing novelists rather than a professional critic when a new set of galleys hit his desk.

"People who are just critics tend to come off as more academic, a little more distancing. People who are working novelists and fiction writers have a more sympathetic take. But that doesn't mean they're necessarily good critics, so we're always looking for that balance," said Cowles, who counts Grossman and Gates among the best of both worlds.

"When I'm reading a galley, the game I'm playing is a matchmaking game, and I'm thinking, who does this remind me of, who writes in a similar style, who has written about similar themes before, who would have something interesting to say about this? And usually that's going to be other novelists," he said.

But that facility with the native language of novel writing isn't always the best predictor of a confident review. There are a number of novelists Cowles would love to have in the Times Book Review who are hesitant to dip their toes into the treacherous waters of peer-judging -- they don't want to risk becoming a pariah on the scene. There are others who ask to see the book first, and will only write the review if they have a positive reaction. Cowles is sympathetic, but believes that an aesthetic point of view is worth stating publicly and defending boldly. A few more spitting spats, in his opinion, wouldn't be the worst thing in the world.

"I would hope they would be as fearless as critics as they are as artists. That's a good quality in a novelist and in a critic," said Cowles.

Applying the same boldness to reviewing others' work as you do to writing your own might be easier for some than others. As Grossman contemplates moving on, he's ever more aware of the internal tension between his responsibility to readers and to his own aesthetic. A good critic, he says, has to be able to accept books on their own terms, an approach he finds increasingly to be in conflict with his singular vision as an author.

"There's something about writing fiction that badly unfits you from reviewing it," Grossman said. "When you're writing a novel, you have to stay focused on what this one gleaming ideal of what fiction should be. You narrow your taste deliberately, so that all that's left is this one notional book you're trying to create, and everything else falls away."

"Being a novelist demands arrogance," he added. "To be a good critic, you have to be humble."