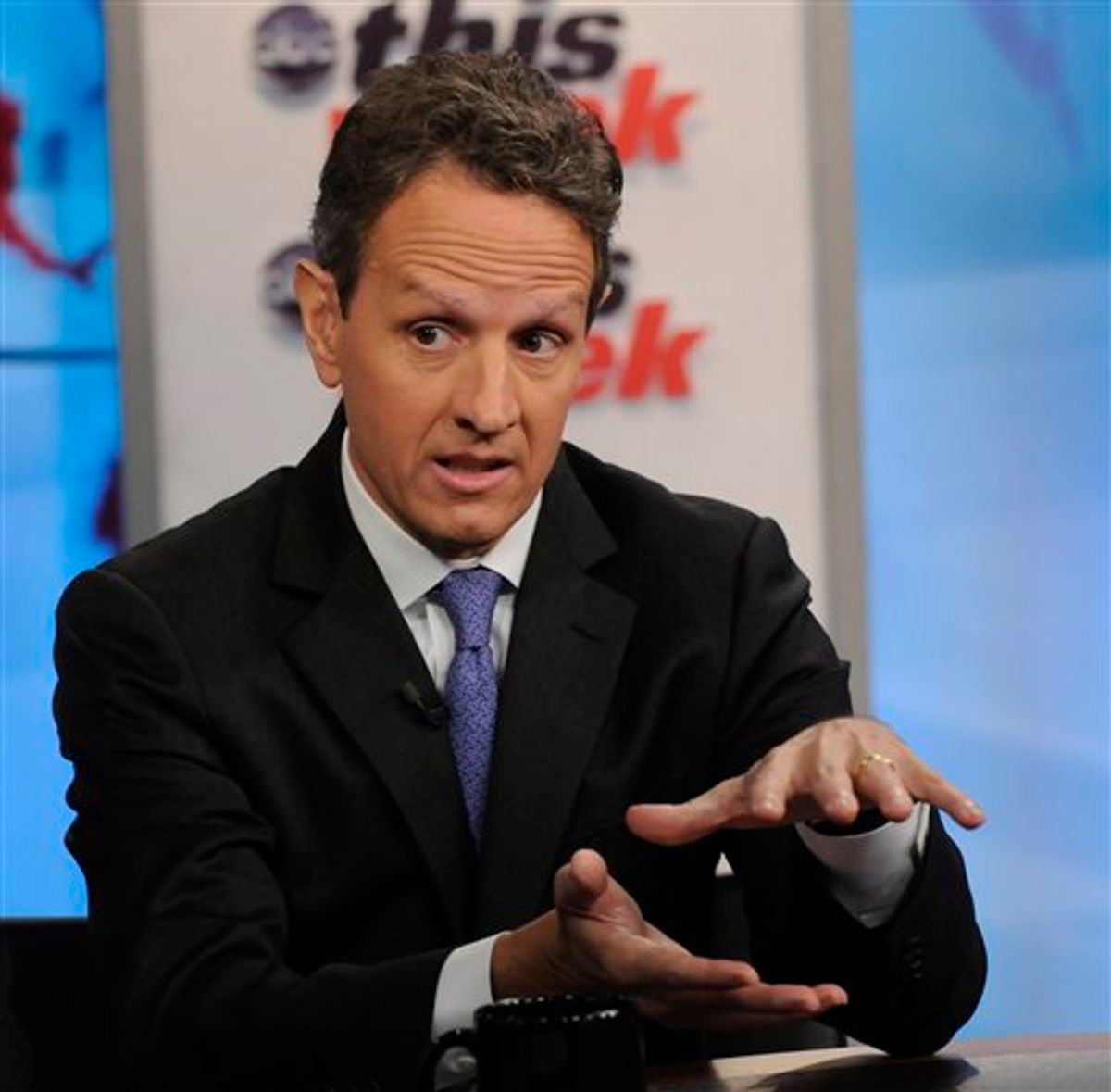 In this photo provided by ABC News U.S. Treasury Secretary Timothy Geithner talks about the debt-ceiling on ABC's "This Week" Sunday, July 24, 2011, in Washington. Congressional leaders in Washington planned to work on a fiercely hot Sunday to try to reach a bipartisan accord to avert a debt-ceiling crisis on Aug. 2. (AP Photo/ABC, Fred Watkins) (AP)
--

Hitting the Sunday talk show circuit, Treasury Secretary Tim Geithner refused to talk about any contingency plans in place for Congress and the administration failing to raise the debt limit by the Aug. 2. deadline.

"It's unthinkable that this country will not meet its obligations on time," Geithner told CNN's "State of the Union." Despite it being "unthinkable," Geithner met with Federal Reserve Chairman Ben Bernanke and Federal Reserve Bank of New York President William Dudley on Friday to discuss the implications of the country defaulting on its debt.

On "Fox News Sunday," Geithner repeatedly deflected host Chris Wallace's questions about the details of a contingency plan. "We do not have the ability, Chris, to protect the American people from the consequences of Congress not taking that action," Geithner said.

Watch Geithner avoid the specifics with Wallace in the clip below, via Mediaite: