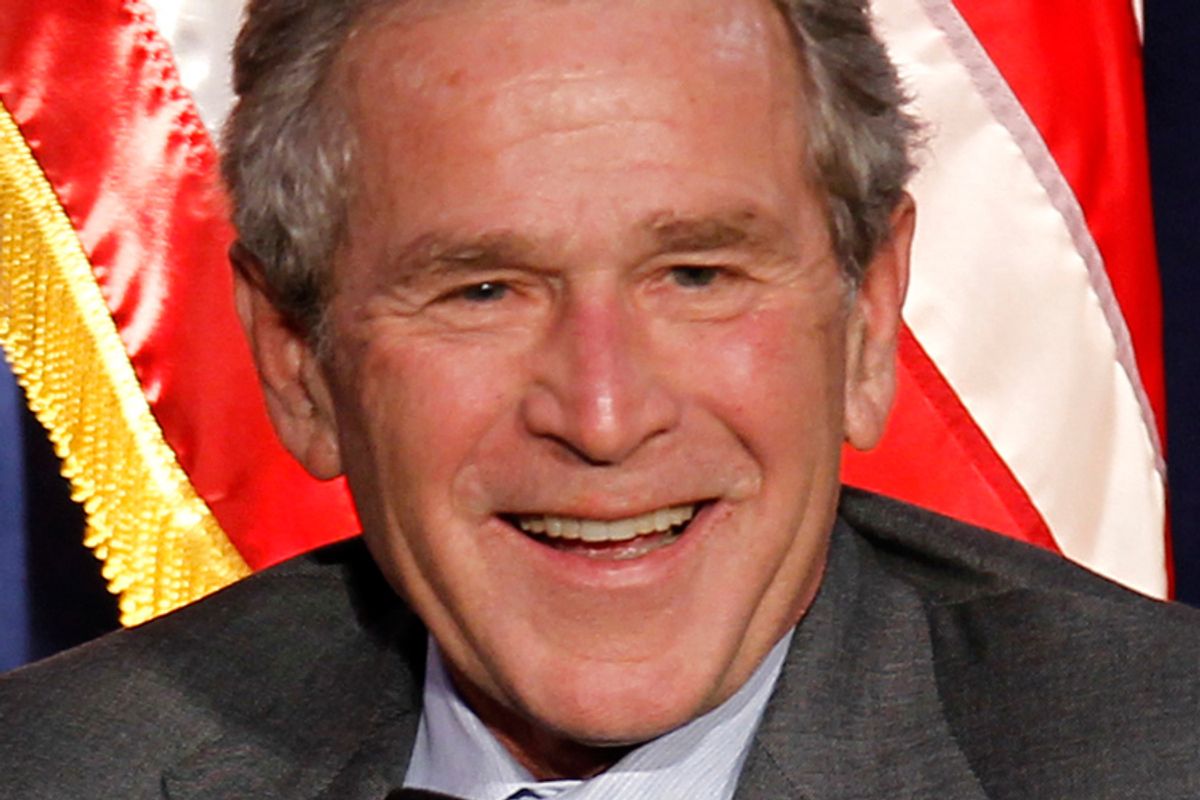 Talk about your left-wing blogger link bait! On Sunday, the New York Times published a chart demonstrating the relative contributions to the deficit made by George W. Bush and Barack Obama. Short version: The total cost of new policies initiated during the administration of George Bush: $5.07 trillion. Barack Obama: $1.44 trillion. Bush's tax cuts and the wars in Afghanistan and Iraq are the obvious big-ticket items. The tax cuts, in particular, are the structural-deficit-gift that keeps on giving. As the New York Times observes, if all of the Bush tax cuts "expired as scheduled at the end of 2012, future deficits would be cut by about half, to sustainable levels."

Or, as James Fallows puts it more acidly, "It demonstrates the utter incoherence of being very concerned about a structural federal deficit but ruling out of consideration the policy that was largest single contributor to that deficit, namely the Bush-era tax cuts.

But this is not, by any stretch of the imagination, news. Nor is there any evidence that promulgating this information has any effect on the political process or on popular opinion. And there's a very good reason for this: The debt ceiling is not a fight about the deficit. It's a fight over power and the size of government.

"Utter incoherence" becomes entirely coherent when one considers that Republican strategy is founded on two things: neutering Obama and rolling back the welfare state. Tax cuts are always good, because eventually they starve the beast. That's how to make sense of the seemingly contradictory actions of a party that just eight months ago voted for a package of tax cuts raising the annual deficit by about $200 billion turning around and suddenly declaring that the deficit is the greatest existential threat the nation faces. How else can we explain Republicans' turning down huge deficit reduction deals, and then settling on a strategy -- a short-term debt ceiling hike -- whose only real attraction is that it directly contravenes the president's oft-expressed desire for a long-term hike? The point is not to fix government finances; it's to deny Obama anything he can call a victory while at the same time slashing the size of government so as to ensure that rich people pay low taxes.

An infinite number of charts pointing out who caused the deficit will never change that dynamic.