Why the liberal base has so little leverage with Obama

The outcry from progressive voices over his debt ceiling posture is loud, but Obama is betting it won't last 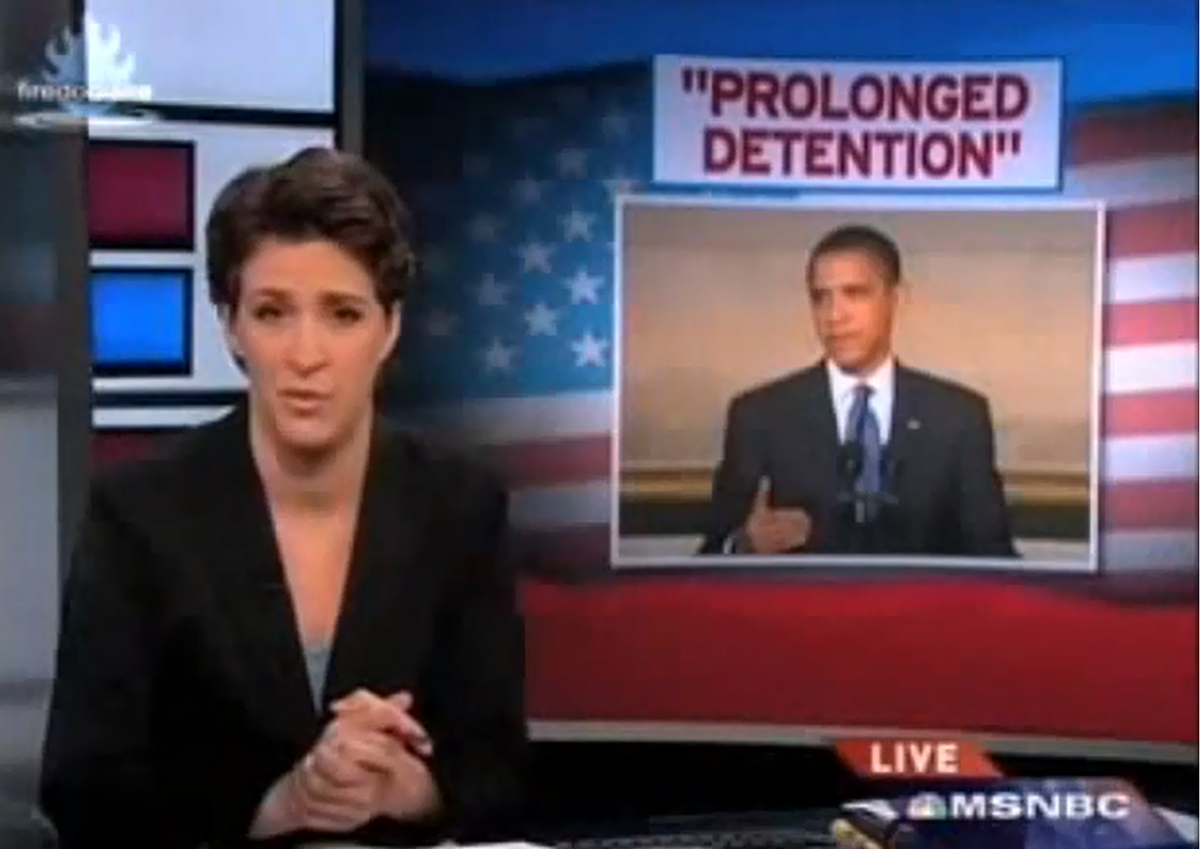 Progressive elite disgruntlement with the administration of Barack Obama has been aired so many times during the last year that it is sometimes difficult to remember how deep and wide it has become. Like lights blinking off in house after house late at night, the number of liberal opinion-leaders willing to offer robust support for Obama’s policies and political strategy and tactics has steadily dwindled to the point where it appears as an occasional dull glimmer on the cable news shows and in the op-ed pages and the blogosphere. But up until now, signs of any rank-and-file liberal Democratic "base" revolt against Obama have been few and far between. Perhaps that’s why a poll from CNN last week publicized as showing that liberals were the main source of his latest drop in approval ratings got more attention than a random survey normally captures.

There has certainly been a persistent and growing gap between elite and non-elite progressive attitudes towards the 44th president and his administration. Liberal elite defections from the Obama camp started early and have spread steadily.

First off the grid were those angered by TARP and the coddling of miscreant CEOs and other elements of the financial community. They were quickly followed by civil libertarians upset by the failure to reverse Bush policies on surveillance and treatment of terrorist suspects; foreign policy doves alleging broken promises on Iraq and Afghanistan; and economists pining for mega-stimulus. The health reform debate produced another cohort of progressive dissenters baffled by the administration’s successive concessions to private health industry lobbies and Blue Dogs, while many environmentalists denounced a watered-down climate change bill before that entire effort was abandoned. In the months since the appalling 2010 midterm elections, progressives have largely deplored the president’s “cave” on expiration of the Bush tax cuts and, with ever-greater intensity, his advocacy of deficit reduction and “entitlement reform” as paramount national priorities.

Suffusing all these sources of discontent on the left has been a growing impatience with Obama’s steady commitment to bipartisanship in the face of Republican disrespect and obstruction; frustration over his apparent inability to articulate progressive values and goals in a way that mobilizes public opinion and gives hope to down-ballot Democrats; and contempt for suspected incompetence in such quotidian matters as executive and judicial appointments. To say that liberal elites are "disappointed" with Obama is a great understatement; terms of moral opprobrium such as "betrayal" and "sellout" are now routinely tossed at the White House.

But so far, this profound unhappiness has failed to translate into any tangible intramural challenge to the administration, in a way that defies all precedent. During his first term Bill Clinton faced regular revolts from congressional Democrats, losing a majority of House Democrats on NAFTA, GATT and welfare reform. Despite threats over the healthcare public option, Afghanistan funding, and most recently, administration offers to "reform" Medicare and Social Security, congressional Democrats have yet to bolt from Obama on any major legislation. LBJ and Carter attracted powerful left-bent primary challenges. Not so Obama, beyond vain fantasizing among the chattering classes.

A big part of the paper-tiger nature of progressive protests against Obama’s policies and politics has been the absence of any mass base for a serious revolt. Until such time as Democratic (or Democratic-leaning independent) liberal voters begin to share elite anger toward the incumbent, then all the thundering from thinkers and writers on the left (or even from staunch Progressive Caucus members in Congress) represents little more than a standing invitation to be "triangulated" by a White House seeking swing voter approbation.

And that’s why the headline accompanying the new CNN poll -- "Drop in liberal support pushes Obama approval rating down" -- is arousing fresh hopes of the left finally obtaining some political leverage over the administration at a critical moment in the budget/debt limit brouhaha.

But they are probably false hopes.

First of all, CNN’s numbers don’t quite back up the hype. The results note that Obama’s approval rating among self-described liberals is "only" 71 percent, "the lowest point of his presidency." CNN doesn’t provide a trend line for liberal approval ratings of Obama’s job performance, but Gallup’s latest weekly tracking poll has him at 75 percent among liberals, five points higher than in mid-May and six points higher than in early December of 2010. Among "liberal Democrats," probably a more reliable subcategory for capturing the sentiments of normally progressive voters, Gallup has Obama’s approval rating at 85 percent, roughly where it’s been on average throughout 2011. CNN also shows Obama’s approval rating among Democrats at "only" 80 percent, and his"renominate" number among Democrats at 77 percent, "relatively robust by historical standards but also down a bit since June." (The "historical standard" CNN supplies is a 1994 post-election poll showing Bill Clinton’s "renominate" number at 57 percent, which is indeed less robust than Obama’s). Finally, CNN’s latest survey shows that fully 13 percent of the electorate disapproves of Obama’s job performance on grounds that he is "not liberal enough," up from nine percent in a spring survey. But other survey findings (an all-time high percentage saying Obama’s not cooperating enough with congressional Republicans, and an all-time low approval rating for the direction offered by congressional Democratic leaders) call into question the idea that Obama’s in trouble because liberals are revolting against Obama for excessive cooperation with Republicans to gut Social Security and Medicare.

But the more important cautionary note to mention is that approval ratings are absolute, not comparative. Everything we know about Obama’s reelection strategy indicates that he hopes to make this a comparative rather than a "referendum" election, as he must unless economic conditions improve more than they are expected to prior to November 2012, or there is some incumbent-strengthening national security crisis. This strategy might fail, as it did for Jimmy Carter in 1980, or it might succeed, as it (arguably) did for Harry Truman in 1948 and for semi-incumbent George H.W. Bush in 1988. A Republican Party that is on a remarkable ideological bender is certainly doing everything possible to cooperate. But if a "comparative" strategy works at all, it will work most effectively with liberals, who are more acutely aware of the stakes for everything they care about -- from the survival of anything like a social safety net to the maintenance of constitutional guarantees on urgent priorities like abortion rights -- in an election that could give return Washington to united Republican control. Liberal voters are precisely the least likely Democratic-leaning segment of the electorate to sit on their hands in 2012, no matter how they feel about Obama.

And that reality, I suspect, is contributing significantly to the anger and despair expressed by progressive elites about Obama. They may now regret his nomination in 2008, or even (on strategic grounds) his election. But they know in their hearts they will be voting for him in 2012, and for the most part, speaking out for his re-election. Next time there is an open Democratic presidential nomination contest, the organized left will almost certain to make far greater ideological demands on candidates, and make a far less speculative choice of a favorite, than it did in 2008. In the meantime, liberals will mostly have to bury a sense of cold fury that they have been "had" by a politician who in the course of less than three years has devolved from being the left’s great hope for a "transformative" presidency to a heresiarch over whom the Left has virtually no leverage.