How will Norway cope with terrorism? 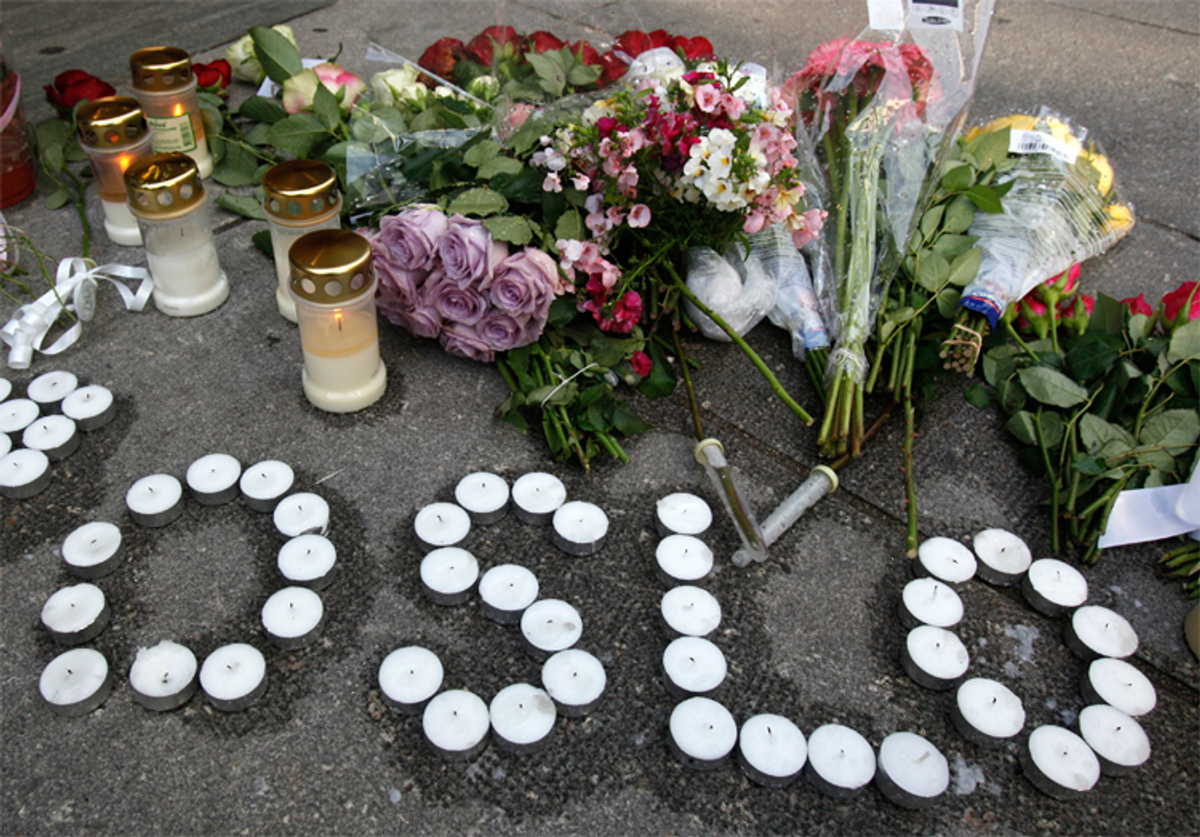 There is very little darkness in Norway this time of year. The summer solstice may have passed, but north of the Arctic Circle the sun never really sets. Further south, in Oslo, night is merely an afterthought in the pearl grey lingering of the day.

July is holiday time in Norway, and a bad time to set up appointments. The king leaves his palace to go sailing, and ordinary Norwegians flock to their mountains and their seashores as the country goes into a kind of exhilaration, as if on a high from so much light lasting so long.

In Oslo, Norwegians flock to their water-front restaurants and bars, perhaps to stroll by the yachts in the harbor, or gawk at the ever-bigger cruise ships that bring boatloads of tourists to their fair shores.

I have written in this space about how Norway's foreign policy is hard-wired into conflict resolution and trying to bring peace to the many wars that have plagued the world since the end of the Soviet Union. The "Oslo Accords" that almost brought peace to the Israel-Palestine conflict is only the best known.

Norwegians are proud of the fact that the inventor of dynamite, the Swedish Alfred Nobel, chose Norway, then joined with Sweden, to be the site of his Peace Prize, the world's most important and prestigious award.

But trying to bring about peace and good will, shedding light unto the world has not protected tidy little Norway, with a population of only about 5 million, from the darkness of the human soul, or a mass-murderer who would go to a holiday island to slaughter children.

Norway used to be one of the poorest countries in Europe, with little to export except timber, fish and human beings, who fled poverty in their thousands, many to the American Midwest. The discovery of North Sea oil has changed all that, and today Norway is one of the richest.

Norwegians are relentless egalitarians, and happy with a welfare state that would drive the Tea Party in the United States to distraction. The last thing Norway wants is a politician to come along and tell them they need to lower taxes.

Perhaps because Norway was a colony itself for so long, first of Denmark, and then of Sweden until 1905, Norwegians have always been sympathetic to the plight of colonized people, and when formal colonialism ended, to the down -trodden of Asia and Africa.

Hail a cab in Oslo and there is likely to be a Pakistani driving it. In Bergen it might be a Congolese. I have seen African faces in the little seaport towns high up above the Arctic Circle, where Norway arches over Sweden and Finland to meet Russia. They are testimony to the generosity of Norwegians towards asylum-seekers.

The comfortable, happy life of Norwegians, insulated by their strong currency from the troubles of the euro zone further south, and largely protected from the economic ills of so much of the rest of the world, has now been shattered. Good fortune, peace-making and generosity have not shielded them from the new scourge of Europe: right-wing, anti-immigrant groups that see Europe as under siege from Africans and Asians, especially Muslims.

When the news of the Oslo bombing first came through, some thought it must be the work of Al-Qaida, revenge, perhaps, for Norway's admittedly small contingent in Afghanistan. Others thought it might be retaliation for Norwegian planes bombing Tripoli. Still others thought it might be a spillover of Muslim hostility toward Denmark, where cartoons depicting the Prophet so riled the Muslim world five years ago.

It was, of course, none of these, but a home-grown Christian fanatic who turned mass-murder against his own countrymen. There will be much soul-searching in Norway in days, months and years ahead.

Not too long ago violence in Europe came from the left, the Red Brigades of disaffected youths who murdered bankers and politicians in Germany and Italy. Today it is the right that is turning to violence, turning against the dark faces in their midst in an exaggerated fear of Muslims. Right-wing, anti-immigrant political parties are moving out of the margins of politics and gaining support all over Europe.

I used to think this would not happen in the United States. But the fuss over whether a mosque could be somewhere in the vicinity of where Manhattan's twin towers showed me that Americans, too, were susceptible to irrational anti-Muslim prejudices. Indeed, we now learn that Norway's murderer, Anders Behring Breivik, may have been influenced by anti-Muslim bloggers in America.

In the end, I am convinced that tolerance will win out over prejudice at least in Norway. I wish I could say the same thing for the rest of the world.