The anti-gay bullying problem is bigger than Bachmann 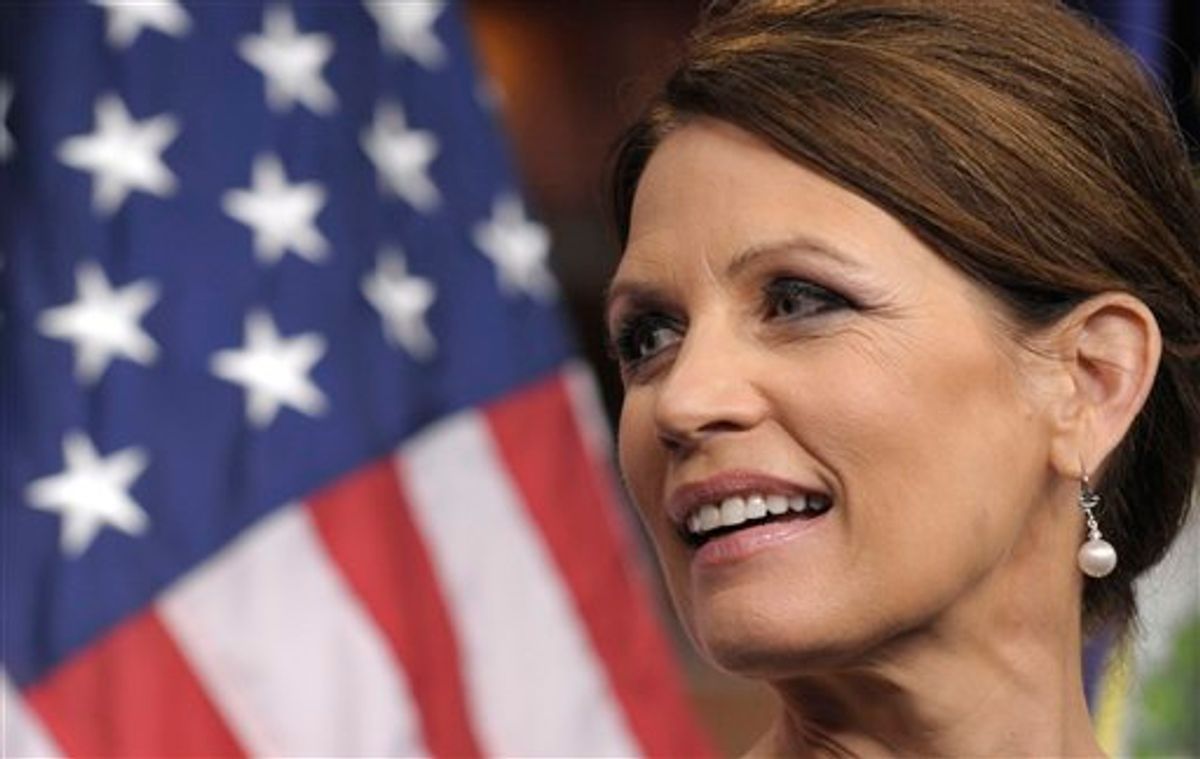 Mother Jones published a story Monday detailing the disturbing recent history of anti-gay bullying in a school system in the heart of Michele Bachmann's Minnesota congressional district. In just the past two years, there have been nine suicides in the Anoka-Hennepin school district, and a number of the victims were gay or had been subjected to homophobic bullying.

According to local teachers, counselors and LGBT activists, conservative groups like the Minnesota Family Council -- closely allied with Bachmann -- have created a "vitriolic climate" in the wake of these tragedies, arguing that anti-bullying initiatives are a cover for "advancing the homosexual agenda" in schools. Although recently quiet on the issue, in 2006 Bachmann herself opposed anti-bullying legislation. Speaking to state lawmakers, she suggested anti-bullying efforts could lead to "expecting boys to be girls.” (Andrew Sullivan dug up an audio recording of this remark.)

Professor Stuart Biegel of UCLA School of Law, who wrote "The Right to be Out," which examines the pervasiveness of anti-gay prejudice in American schools, told Salon that he is "very familiar with what's happening in the [Anoka-Hennepin] district" and the problem of bullying there. He noted that the Justice Department and the Department of Education's Office of Civil Rights recently launched a federal investigation into allegations of harassment and bullying in the specific school district -- where it is official policy to be "neutral" regarding "sexual orientation." The Southern Poverty Law Center and the National Center for Lesbian Rights have called the policy a dangerous "gag rule" and have filed a federal suit against the district.

The Minnesota area -- owing to shocking suicide statistics and, more recently, to Bachmann's profile -- has gotten a reasonable amount of attention over homophobic bullying in schools. However, Biegel stressed that the problem is nationwide, with the same narrative playing out even in some of the country's most gay-friendly areas like San Francisco.

"According to a study released last year by the Gay, Lesbian, and Straight Education Network (and highlighted by The Advocate), 85 percent of LGBT students surveyed nationally said they've been bullied at school," he said. "This is not a new dynamic and not limited to what's in Minnesota. When I was doing research for 'The Right to Be Out,' I came across evidence that there's been at least 10 years of criticism of anti-bullying measures as subterfuge for gay indoctrination."

Biegel said that singling out particular areas of the country as havens for anti-gay bullying is tricky, but that "if people are generalizing, school districts in rural areas can tend to be more problematic. In certain areas, so-called family-friendly organizations [like the MFC] have greater sway."

The teen suicide epidemic in Anoka-Hennepin and its links to anti-gay bullying (and policies which foster it) deserves media attention. And it is important to shine a light on Bachmann's local allies and her work as a state legislator. When it comes to homophobia in schools, however, Biegel's point is that, although some districts will garner more attention than others, the problem is truly pervasive.