A record high wealth gap between whites and minorities 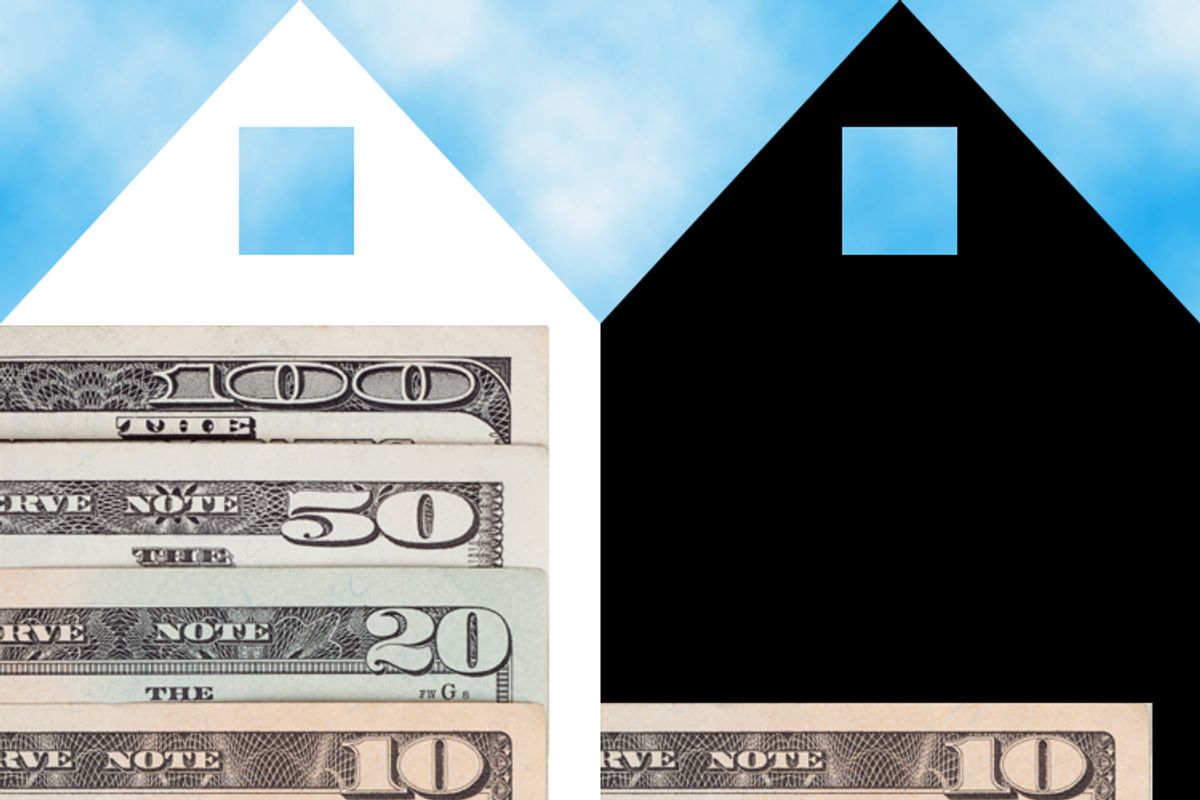 The wealth gap between whites and the nation's two largest racial minority groups -- blacks and Hispanics -- has reached unprecedented levels since the housing market crash and the onset of the Great Recession. The median wealth of white households is 20 times that of black households and 18 times that of Hispanic households.

According to analysis by the Pew Research Center of newly available government data from 2009, the disparities in household wealth are the greatest since the government began tracking such data 25 years ago. The gulf separating white wealth from that of other groups is twice as wide as it was in the two decades prior to the financial crisis.

"The bursting of the housing market bubble in 2006 and the recession that followed from late 2007 to mid-2009 took a far greater toll on the wealth of minorities than whites," reports the study. Hispanics were hardest hit by the housing meltdown because they are concentrated in areas that suffered the biggest depreciation in home values -- Arizona, California, Florida and Nevada.

Furthermore, according to the study "the stock market rebound since 2009 is likely to have benefited white households more than minority households," since a much higher share of whites than blacks or Hispanics own stocks; and while the stock market has recaptured much of its value, the housing market remains in a slump.

The study looked specifically at wealth, defined as the accumulated sum of assets, (houses, cars, savings and checking accounts, stocks and mutual funds, retirement accounts, etc.) minus the sum of debt (mortgages, auto loans, credit card debt, etc.). Measured this way, wealth can give a fuller picture of financial status than simply relying on household income. And since wealth can be passed down through generations -- while annual income can't -- the gulfs in wealth shown in the Pew study also highlight a problem with potentially long-term consequences for inequality.