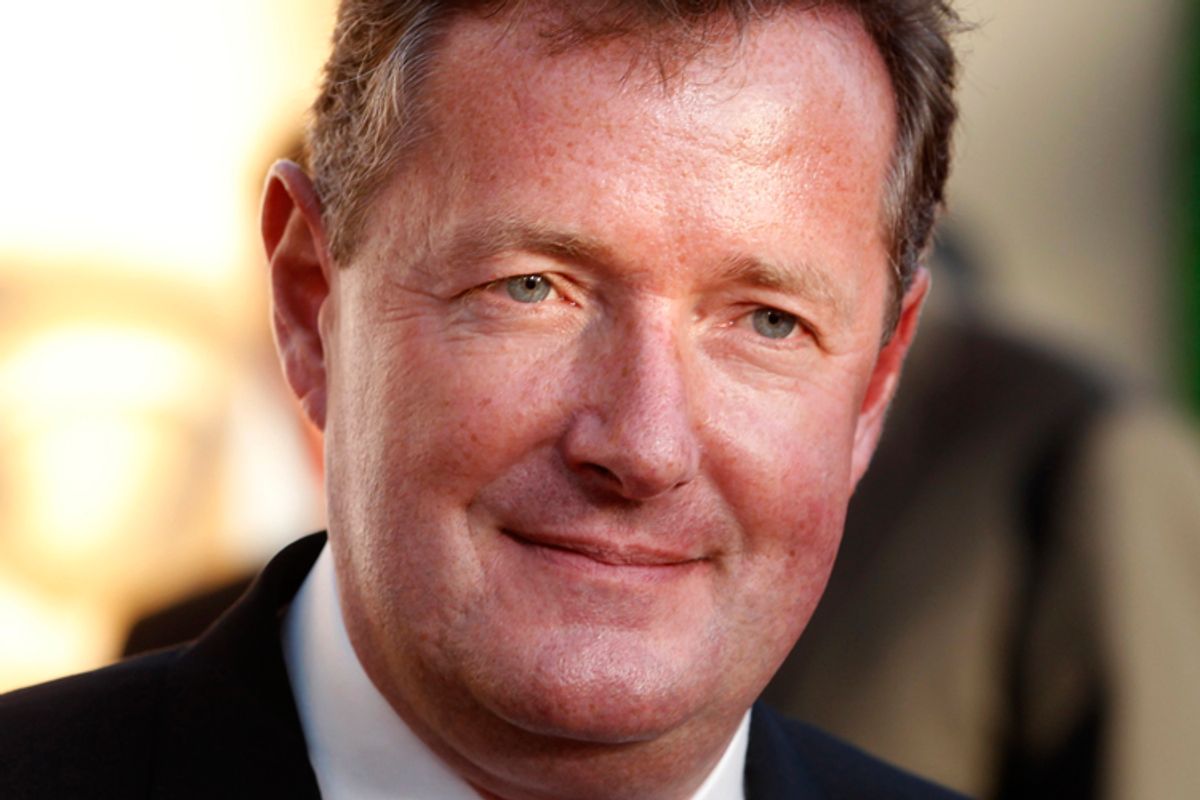 Unctuous CNN personality Piers Morgan was the editor of British tabloid the Daily Mirror until he was forced to resign after printing hoax images of British soldiers abusing detainees. He went on to become a talent show judge or something, until CNN decided this disgraced former editor of a disreputable tabloid newspaper would make a very good news interview show host. (I have nothing against disreputable tabloids, I just don't ever understand a single decision CNN makes.)

Morgan got his start in newspapers with Rupert Murdoch. He worked for the Sun and edited News of the World in the early 1990s before moving on to edit the Labour Party-supporting Mirror.

Various people have alleged that phone-hacking was widespread among all the tabloids, and not just at News Corp.'s papers. There has so far been no direct proof of this, though it looks like that will soon change, as the BBC reports that it has "found evidence of possible hacking at the Sunday Mirror, and there are separate claims Daily Mirror journalists hacked voicemails."

Morgan, who's been in a Twitter fight with a Conservative member of Parliament over claims that he admitted to phone-hacking, has long denied sanctioning the practice. But a British blogger says he has evidence that directly implicates Morgan.

“We have a recording which contradicts his recent claims,” says Paul Staines, who blogs under the name Guido Fawkes. Via email, I told Staines what I had heard, that the recording captures Morgan admitting to paying a third party to hack. “You are on the right lines,” he replied. He has not yet posted the recording.

Now the only question is, who will get 9 p.m. on CNN? (My vote: Anthony Weiner and Kathryn Jean Lopez.)