In her superb new novel, Dana Spiotta tackles the complex realities of a depressing brother-sister relationship 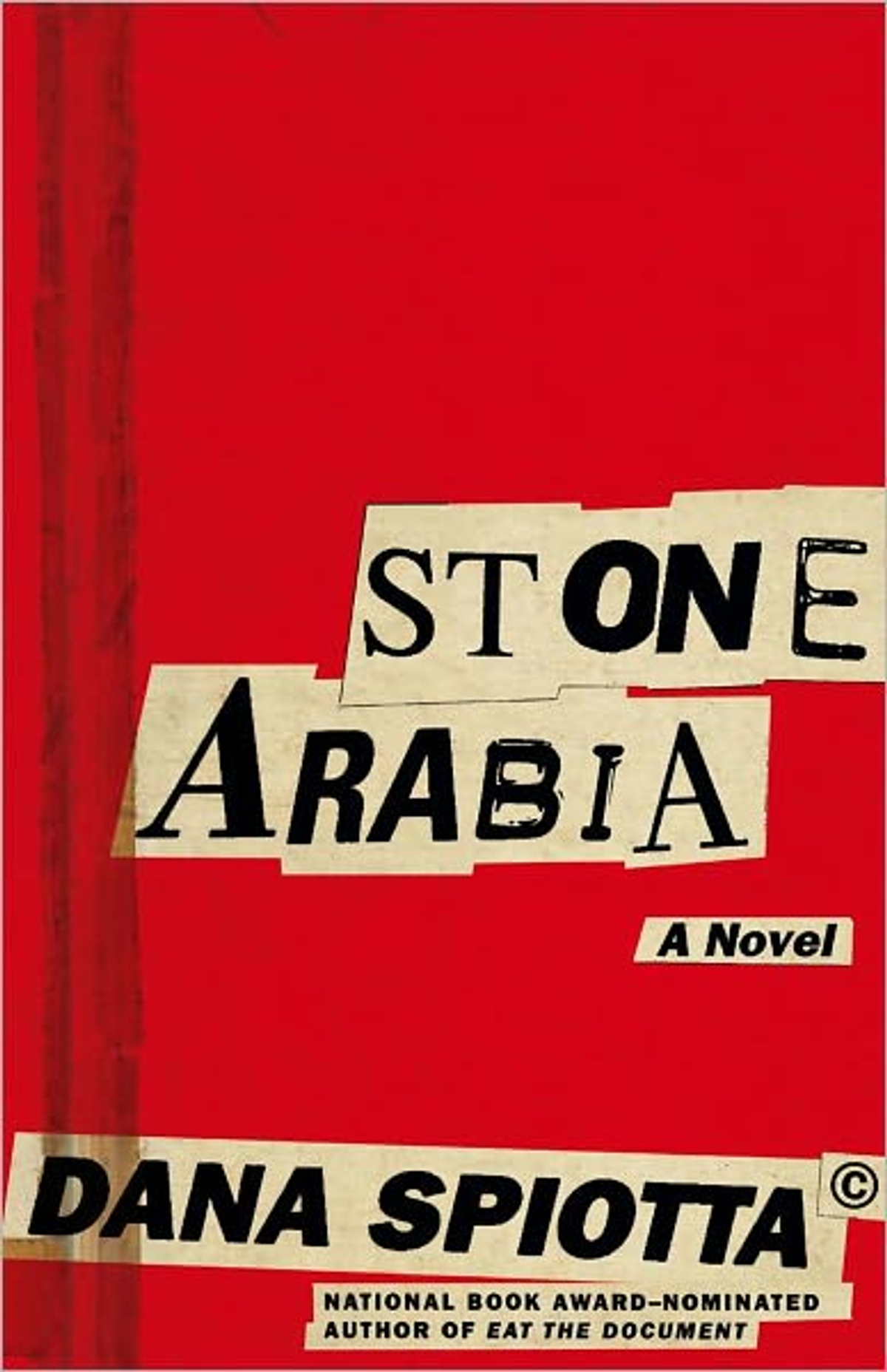 Halfway into her masterpiece "The Mill on the Floss," George Eliot writes this about her agonized hero and heroine, the siblings Tom and Maggie Tulliver: "While Maggie's life-struggles had lain almost entirely within her own soul, one shadowy army fighting another, and the slain shadows for ever rising again, Tom was engaged in a dustier, noisier warfare, grappling with more substantial obstacles, and gaining more definite conquests."

It's a typically discerning passage in "The Mill on the Floss" -- no English novelist has ever seen more deeply into the machinery of human psychology -- and it could well be describing the demon-chased siblings in Dana Spiotta's stirring new novel, "Stone Arabia." Nikolas and Denise Kranis make a battered pair, middle-aged in Los Angeles and very far from their dreams: He's an unemployable musician with multiple volumes of a fictional autobiography, she a brooding isolato in constant existential crisis. As with Tom and Maggie Tulliver, their brother-sister union is both sustenance and heart scourge, Denise too emotionally bedraggled to pry herself away from her self-destructive brother, and Nik too broke ever to be without his faintly more competent younger sister.

The Romantic poets idealized the brother-sister bond in a way that strikes us today, post-Freud, as highly suspect -- what was really going on between William and Dorothy Wordsworth? -- and many of the great 19th-century novelists, including Dickens, glorified the union as something next to holy. This romancing of the bond was an entirely different enterprise from the first important sibling story, the "Antigone" of Sophocles, in which a bereaved Antigone seeks proper burial for the slain body of her brother Polynices. (Hegel viewed the "Antigone" story as a perfect tragedy, and, not surprisingly, believed that the brother-sister bond was the only uncontaminated relationship.)

Spiotta's siblings enjoy no such Romantic idealization or lofty Sophoclean program because they are ensconced in a 21st-century Californian malaise (movies factor prominently in the novel). Obsessing over her gifted brother only slightly more than she obsesses over herself, Denise wallows in a spiritual vacuum that threatens to annihilate her. She works as a wealthy person's assistant, halfheartedly tends to her ailing mother, worries about Nik one minute and then her daughter in New York the next, dates a man she has no attraction to, and in her spare time wills herself to become consumed by salacious stories on the nightly news and Internet. She weeps a lot, unstrung by the misfortune of strangers: "I had, in middle age, become a person whose deepest emotional moments happened vicariously." Disengagement from genuine feeling, from genuine human communion, is always a brand of nihilism brought on by self-absorption. Worship your own precious heart and you worship in a defunct church of one.

But Denise's penchant for sentimentality and self-pity is matched by her intelligence, evidenced by an exacting introspection. Some of the sharpest observations in "Stone Arabia" involve her musings on memory: "You can go back forever to grab a context for a brother and sister. And even then the backward glance is distorted by the lens of the present. The further back, the greater the distortion. It is not just that emotions distort memory. It is that memory distorts memory." Her finely calibrated insights aren't all directed within. About a credit card application: "The first time you actually read the words printed on these things was to feel the last connection to your childhood die." Nancy Spungen, the famous hell-for-leather girlfriend of punk-rocker Sid Vicious, "had a face like a wound."

Spiotta's characters might be made-for-TV clichés -- the skinny, alcoholic, drug-addicted, neglected musical genius who dresses in black and smokes a pack a day; the forty-something single female who can't commit and is just hours away from owning a cat; the ambitious, do-good daughter; the elderly mother with incipient Alzheimer's -- but Nik and Denise know they are clichés and constantly claw after uniqueness, dumbfounded when they can't achieve it. The word "cliché" appears several times throughout the novel, and in some ways the story becomes a comment on how to abide in a media-mad culture that aims to make you a cliché, to deprive you of all individuality. When Denise's daughter, Ada, travels to L.A. to film a documentary about her uncle, she reads his fictional autobiography, called the Chronicles (Bob Dylan's memoirs have the same title). Puzzled, she says to him, "You have your critics call you derivative, immature, and cliché," and Nik responds, "Well, I wanted it to be realistic." He possesses that rarest of qualities: an ability to see himself for exactly what he is.

Denise says of her brother that "his solipsism had become his work" -- scores of self-produced albums, dozens of volumes of artificial autobiography -- and yet her own solipsism has been equally poisonous to her development. The solipsist's fatal flaw is not self-worship but rather the moral myopia that inevitably results from it. Her daughter's affair with a married man elicits from Denise only a sigh and the facile, ethically lame admission that her approval of this affair "was clearly another instance of my poor parental guidance." Clearly. If Denise's world has become a storm of distress, she has her own awful decisions to blame. Intelligence and introspection aren't enough to rescue her from the emotional devils she has devised. They never are.

The "dustier, noisier warfare" that Nik has in common with Eliot's Tom Tulliver will eventually force him to take a precipitous leap in his life, while the "shadowy" burdens "within her own soul" will cause Denise only more self-obsession and media fixation. In one of the many wise, arresting passages from this novel, Spiotta writes: "The world is full of the lightly obsessed, the faintly committed, the inch-deep dilettantes. All those contrived and affected and presented passions." Feel what you will about this brother and sister in disrepair, but their passions are real, and in the end, "Stone Arabia" is a superb story of American siblings besieged by ghouls, by the false promises of rock and light.

William Giraldi is the author of the novel "Busy Monsters" and senior fiction editor for the journal AGNI. He teaches at Boston University.