Scientists have proven that you can't go back in time. But you can still go way, way forward 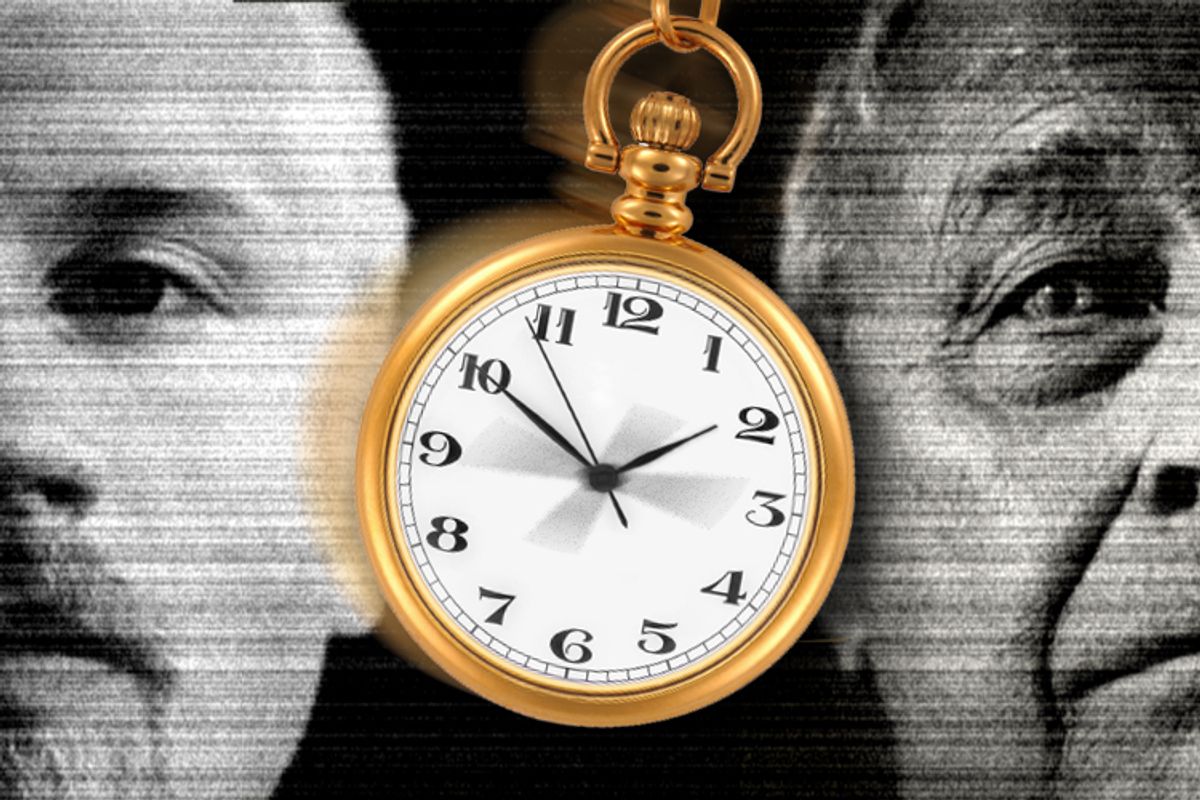 Researchers from the Hong Kong University of Science and Technology have finally proven, once and for all, that traveling back in time is pure fantasy. The science is complex, but it boils down to the now-adamantine observation that no object can possibly ever travel faster than the speed of light. Therefore: It's impossible for you start in today and wind up yesterday. Time only moves in one direction, and that's straight ahead.

This bombshell has dealt a crippling blow to those hopeful few with the keys to their custom-engineered DeLoreans on hand, hoping to mix and mingle with the celebrities of yesteryear. But the good news is that science still provides a way for you to be the time explorer you always dreamed of being. That's because it is still theoretically possible to travel forward in time -- way forward, even -- thanks to a phenomenon known as time dilation.

Here's the deal: Your velocity in space and time are inversely related, as dictated by Einstein's theory of special relativity. Columbia physicist Brian Greene explains this weird feature of "space-time" in his seminal book, "The Elegant Universe":

When an object moves [faster] through space relative to us, its clock runs slow compared to ours. That is, the speed of it's motion through time slows down.

Time isn't an absolute; it's relative (hence "special relativity"). Your travel through time is malleable and manipulatable. And you can change how you experience it -- albeit, ever so slightly -- just by walking at a brisk pace.

Under normal circumstances, the effects of time dilation are negligible. You aren't going to find yourself in the 23rd century just by running extra fast. But, when objects (or, theoretically, people) move at what Greene terms "a significant fraction of light speed," time dilation is very pronounced.

Let's say you board a spaceship equipped with a rocket engine so powerful that you can travel at nearly the speed of light. And, let's say you keep up this velocity, traveling away from Earth for what feels like six months; and then you turn around and head back toward Earth, which takes another six months. When you arrive back on our home planet, what you'll find is that eons have passed. And who knows what you'll find. Maybe everyone's eating food in capsule form. Or maybe people are gone entirely, the whole of human history exhausted*. While you've barely aged at all, the world as you knew it has changed quite a bit. Thus, time travel.

And, it wouldn't even require any science fiction hocus-pocus. You're not jumping forward in time, per se; just fast-forwarding through all the boring parts where we don't have flying cars. We all already travel forward in time anyway. It's our default trajectory. The only thing that changes is how long we take to get where we're going.

*Photons, which travel at exactly the speed of light, have it even weirder. Provided they move through a vacuum, these particles can experience all of eternity -- from the Big Bang through whatever universal gloaming ultimately awaits us all -- without aging even one proverbial moment.