I criticized an anti-tax tweet that was more Limbaugh than Christ. Warren said he'd pray for me -- then deleted it 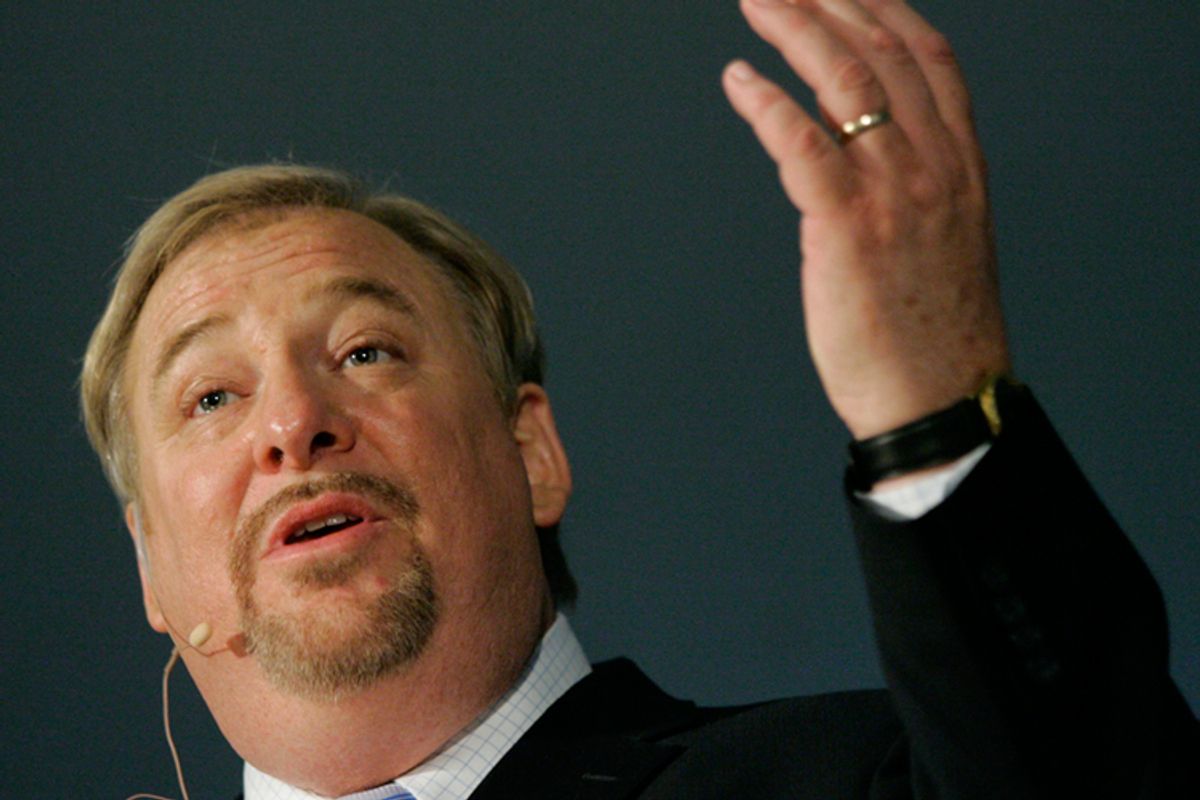 Twitter was jumping for hours after the Obama-Boehner debt-ceiling throw-down Monday night, but one tweet cut through the chatter. Rev. Rick Warren, the conservative impresario of Saddleback Community Church known for his work on poverty and AIDS issues, let loose mid-evening with the observation:

HALF of America pays NO taxes. ZERO. So they're happy for tax rates to be raised on the other half that DOES.

That's a right-wing meme spreading wildly of late. It's absolutely false. Thanks to the Earned Income Tax Credit, a bipartisan innovation adopted under President George H.W. Bush and expanded under President Clinton, it's true many low-wage workers pay no taxes and may even get government subsidies to bring them above the poverty line. As many as 47 percent of workers today pay no income tax, a number that jumped substantially during the recession. They do, however, pay payroll taxes and of course the regressive sales tax, which disproportionately burdens the poor, so it's false to say they pay no taxes. If you're not happy with the EITC, you might want to think about what it means that so many jobs pay poverty level wages in the U.S. today. The low-wage workers aren't the moochers; in fact, the subsidies benefit industries that profit from low-wage workforces. But the EITC has become a new obsession of the right wing; Andrew Leonard broke it all down here.

So it was a little weird to see such an ignorant Rush Limbaugh talking point coming from Rick Warren. Although he's a conservative, Warren is widely credited with having a social conscience.  Obama courted him in the run-up to the 2008 election, appearing at Saddleback twice. I thought he sandbagged Obama in his joint appearance with John McCain, allowing the Republican to hear earlier questions, telling Obama supporters who complained that it was "sour grapes," and opining skeptically, after the whole infomercial for Saddleback ended, that Obama would have to do more than "talk faith" to win Saddleback votes. Nonetheless, Obama invited Warren to do his inaugural invocation. That irked some Obama supporters because Warren is anti-gay, and had recently campaigned for California's Prop. 8, which banned gay marriage.

I'm not a huge Warren fan, but given his history of caring about poverty issues and his sometimes bipartisan posture, I was surprised to see him take such a conservative line on taxes, and on the low-income workers who get the EITC. It doesn't seem like Obama's devoted outreach won Warren over, that's for sure. So I sent him a few messages via Twitter:

I assume @RickWarren won't be giving the invocation in 2013. He lacks a preferential option for the poor. Very sad.

Class warfare against the poor. Is that what Jesus would do? @RickWarren

Warren ignored me but began tweeting to the general public:

Never engage those who insult you online. They're just looking for a fight, not clarity.

"Fools have no interest in understanding; they only want to air their own opinions" Prov18:2

Around the same time he sent me a private message via Twitter:

I take zero salary & we feed over 2000 familes a wk. But thank u Joan for the opportunity to pray God blesses your life greatly

That sounded a little snarky, but then I'd been snarky in my tweets, too. (I will take the prayers, however, and include him in my own. Thanks, Rick.) Taking "zero salary" didn't particularly impress me, because Warren is a wealthy man thanks to his publishing empire.

But then the minister decided to take his taxes tweet down, and he told the blogger/tweeter @Karoli, who had written a post about it, "You are 100% right! It did sound mean."

In these times of polarization, I'll count that as a victory: Either Warren realized his wasn't the most Christian take on taxes and the poor – or that it sounded too mean for a guy who's trying to be the kinder, gentler Christian-right leader. Maybe he can pray that his Republican friends see the light and realize their tax policies hurt the poor -- and that they're anything but Christian.