Does "New Year's Eve" have too many stars?

Films overloaded with Hollywood icons have a tendency to go very wrong. Will this be another "Nine"? 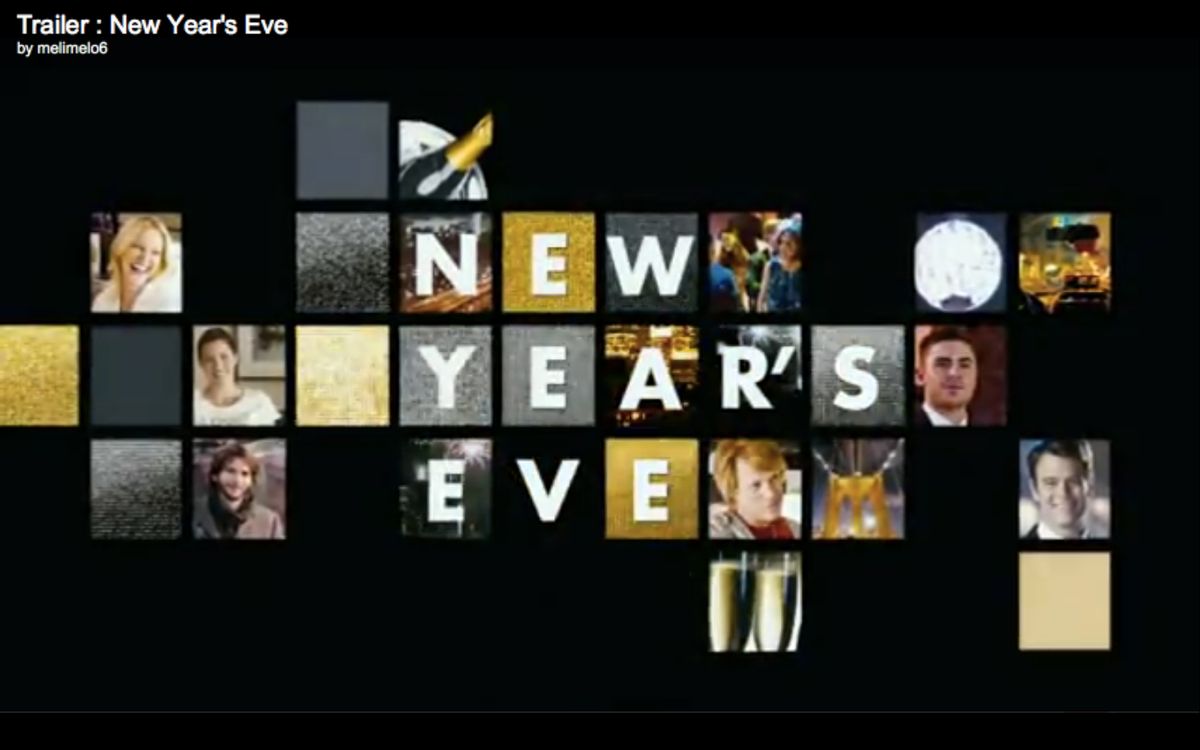 If a movie was judged purely on the number of successful actors and actresses who graced its credits, surely Garry Marshall's upcoming "New Year's Eve" -- which counts Robert De Niro, Jessica Biel, Ashton Kutcher, Sofia Vergara, Halle Berry, Zac Efron, Katherine Heigl, Alyssa Milano, Hilary Swank, Michelle Pfeiffer, Sarah Jessica Parker and Lea Michele among the members of its voluminous cast -- would be on its way to becoming one of the greatest movies of the decade. Between them, the cast has 6 Academy Awards and 20 nominations. Why, then, does everybody seem to be horrified by the prospect?

Perhaps because a surprising number of recent films featuring flashy lineups have managed to fall flat. Or perhaps because these movies are usually a way for stars to get an easy paycheck for two days of work. Some memorable examples:

"Boring at best and insidious at worst." [Salon]

"Only sadistic men and masochistic women could love it." [Rolling Stone]

"It must be said that 'Nine' is an impressive feat of casting, with a shocking number of Oscar winners and nominees assembled in the service of its dubious and incoherent cause." [The New York Times]

"[E]very skit is lame, every line of dialogue is stale, every joke falls flat, and every performance has been phoned in between text messages to agents blinking, ''SOS!''" [Entertainment Weekly]

Of course, it's not a foregone conclusion that "New Year's Eve" will end up disappointing; it's merely likely. Some star-studded, holiday-themed features have ended up doing relatively well: