How to turn the GOP into a party of liberals 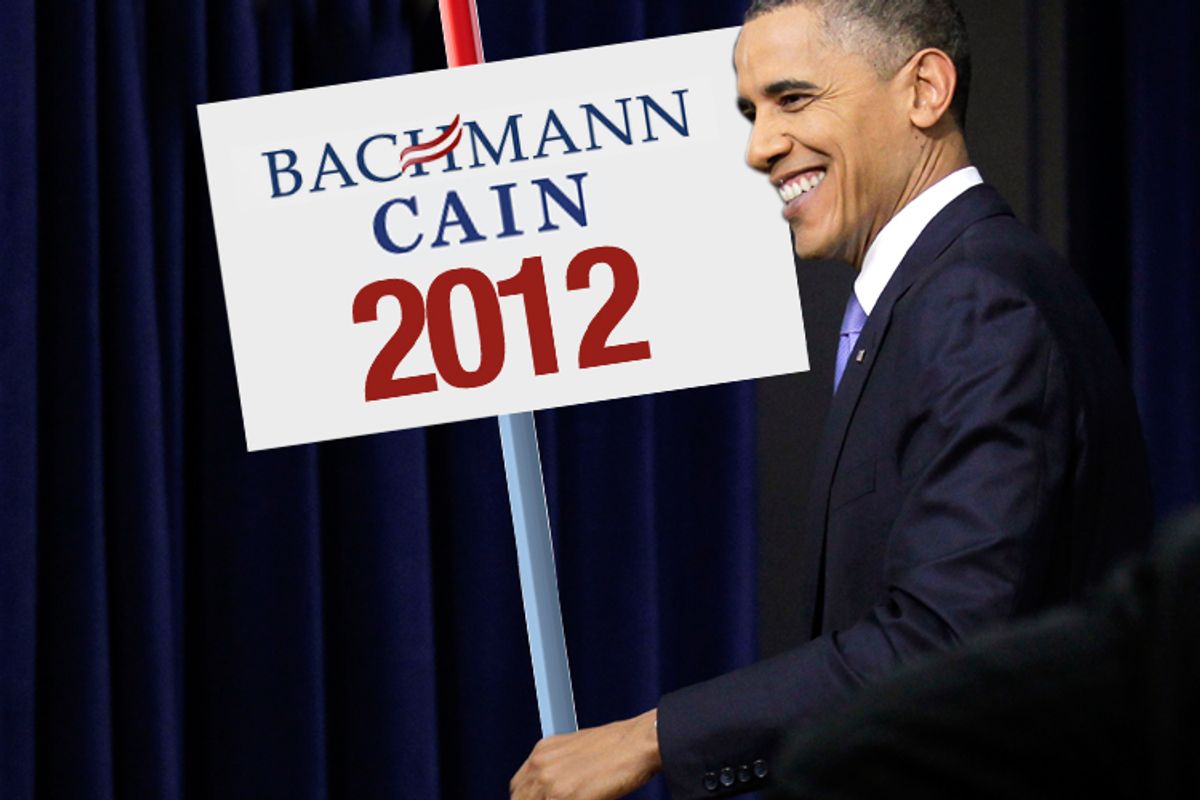 This originally appeared at A Plain Blog About Politics

Inspired by Nate Silver and Nicolas Mendoza, I've reluctantly decided to revisit a topic I blogged about on the Friday evening leading into Fourth of July weekend, which means no one noticed it.

Oh well. Might as well have fun with it:

Aug. 1: Obama signs bill with great reluctance, calling out Boehner and Cantor for ruining the nation.

February 2012: Lawsuits dropped: video released of Obama musing at fundraiser that he had always been against the individual mandate, and they would be surprised to know that he actually considered it a mistake.

July 2012: After "wouldn't want my daughter to be one" comment, House repeals DOMA, passes ENDA.

September 2012: Convention shocker: Obama will stay on ballot, but "As for myself, I'll be voting for Bachmann/Cain and urge you all to vote straight-party GOP ticket."

... and you can fill in the second term yourself.