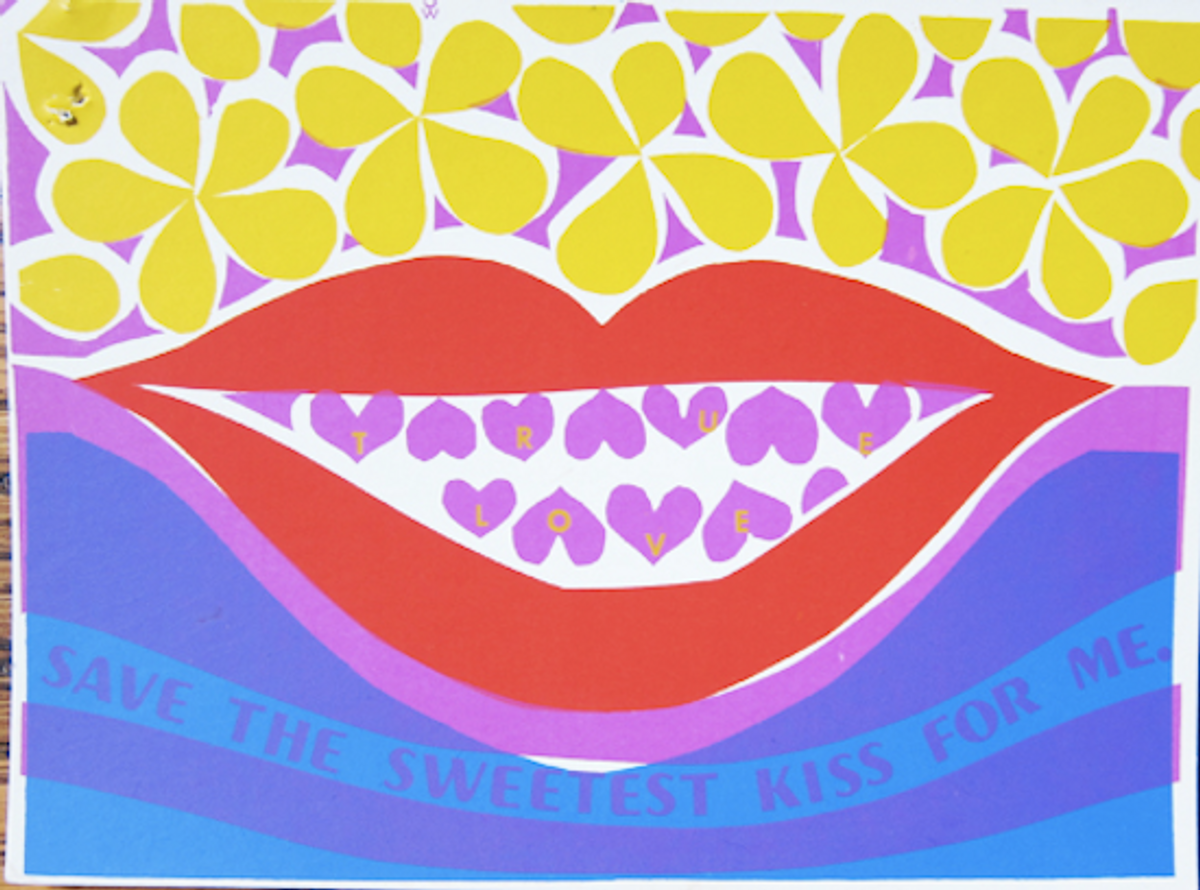 David Osborn and Charles Woods lived in Nevada City, Calif., for over 50 years. Drawn to the town in the late '50s after seeing some of Harold Berliner's work (he ran a greeting card company in Nevada City), they moved up to the foothills of the Sierra Nevada to the historic gold mining town. There, they began experimenting with cartography and printmaking. Nevada City in the '60s was a burgeoning art scene that attracted people like Gary Snyder, Utah Phillips and hosts of hippies and artists.

Osborn/Woods inherited a lithography studio and began silk-screening as well. They created posters, greeting cards, wrapping paper. They figured out a way to silk-screen large format, pulling the squeegee together at the same time. They set up a shop downtown and sold their printed goods, as well as toys and other curios.

They were inspired by this historic Victorian town, and besides being artists, fought to preserve Nevada City. They bought the old miner's foundry building, restored it, and turned it into the American Victorian Museum -- a place that housed many Victorian-era relics, as well as a place for art and events. They protested when the freeway was built right through the town (in a time when most people thought this was a good thing), and they set up the local radio station, which still broadcasts today.

Everyone in Nevada City knew who David and Charles were. I grew up going into the Osborn and Woods shop and exploring the toy table. And the annual Teddy Bear Convention they started was one of my favorite things as a child. Looking at their work now, I'm taken by how fun, whimsical and colorful it is. I'm reminded of Paul Rand's children's books with the blocks of color and overlapping shapes. But the Osborn/Woods style is so their own and I can see how the town inspired them.

Osborn and Woods have both passed, but their work lives on. And I think will only inspire another generation of makers.

*All images courtesy of David Osborn and Charles Woods