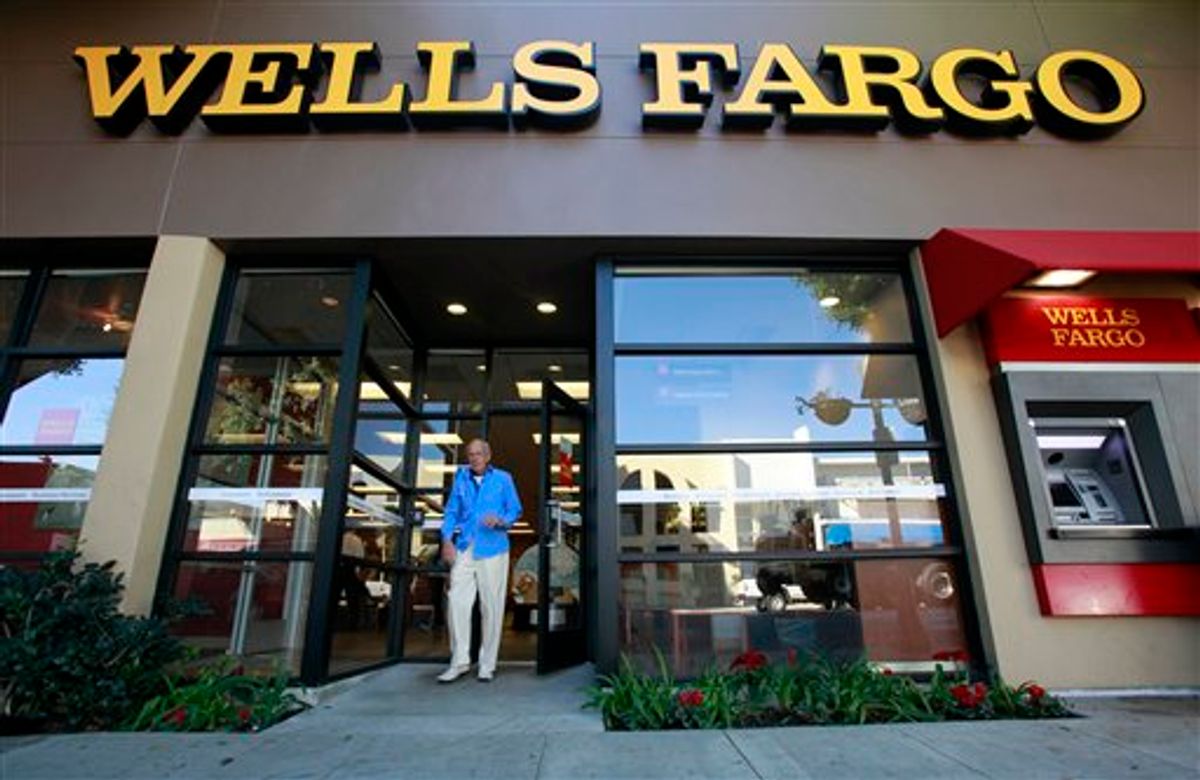 Staggering findings have emerged about the vast extent to which minority households were worse hit by the housing market crash than white households, as we reported Tuesday. Now The Huffington Post is reporting that the Department of Justice is preparing a lawsuit against Wells Fargo, the nation's largest home mortgage lender, for "allegedly preying upon African American borrowers during the housing bubble and steering them into high-cost sub-prime loans."

The DOJ action -- currently in pre-lawsuit negotiations as the bank hopes to settle and avoid a public lawsuit -- is not the first instance of discrimination allegations brought against Wells Fargo. In an ongoing case, the city of Baltimore is also charging that predominantly black neighborhoods were targeted, even though the bank knew that borrowers in these areas were likely to default ultimately. (Defaults in these instances didn't matter to the mortgage lending giant, since the loans had been sold on to investors). Wells Fargo denies the accusations.

"We're a majority African American community, and there are people in this city who take great offense when institutions take advantage of a community's historical lack of access to credit, and in some cases lack of sophistication, by putting them in loans they can't afford," George Nilson, Baltimore's city solicitor, told HuffPo. A judge has also allowed a similar discrimination lawsuit brought by the city of Memphis to proceed against the bank.

Wells Fargo also last week agreed to pay $85 million to settle civil charges that it falsified loan documents and pushed borrowers toward sub-prime mortgages with higher interest rates during the housing boom. The fine was the largest ever imposed by the Federal Reserve in a consumer-enforcement case.