A new theory argues that cancers are actually newly evolved, parasitic species, and suggests new ways to treat them 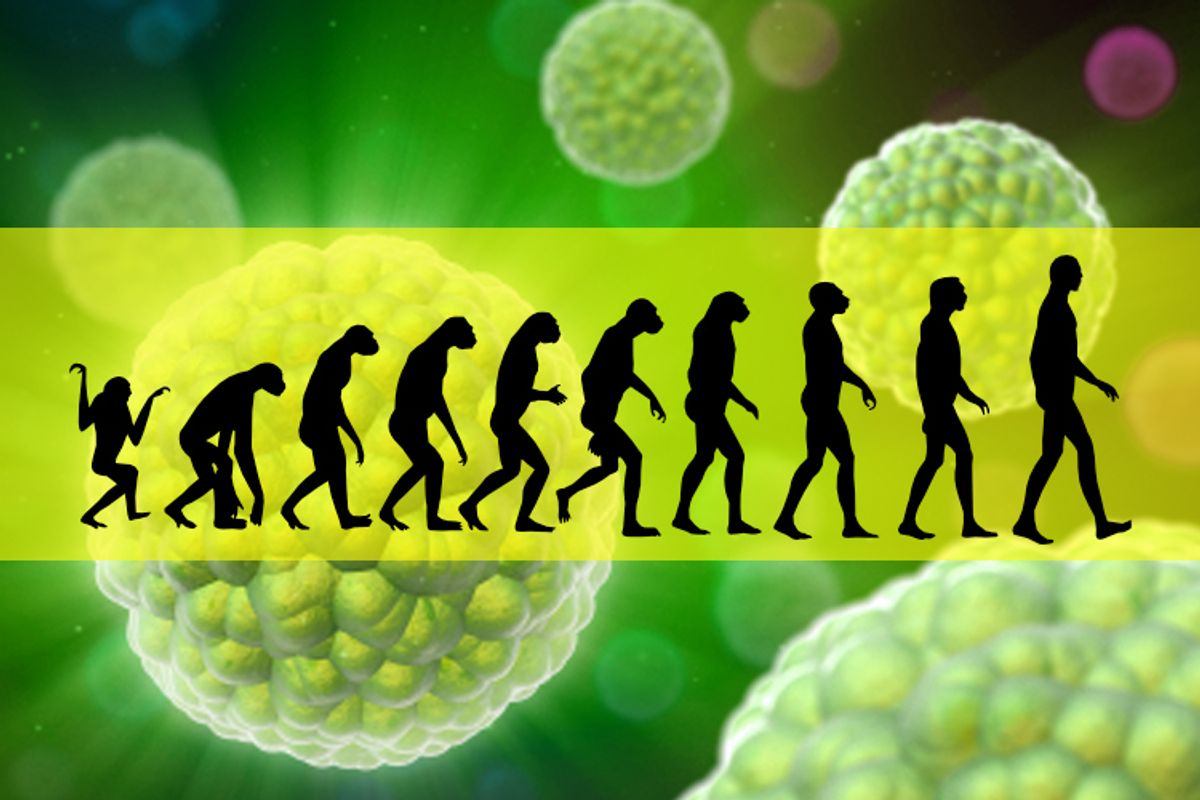 A group of researchers at University of California at Berkeley have proposed a radical new theory that would cast most everything we know about cancer in a new light. While scientists have for years believed that the disease was the result of our own DNA run amok, the truth might be much weirder -- that cancer is, maybe, its own separate species.

The science is complex, but it boils down to a shift in thinking about the way in which cancer is born. For years, scientists have believed that the disease begins when a few mutated genes give rise to renegade body cells that multiply beyond control. But the Berkeley team, led by Dr. Peter Duesberg, argues that cancers are actually born from entire chromosomes, the long bands of genetic material that house our genes. What occurs is a process called aneuploidy, in which "disruptions" in chromosomes cause perversions of our genetic material, which can multiply during cell division. As a result, our DNA is rendered nearly unrecognizable.

Normally this would be a death sentence for a cell, but in rare cases, [Duesberg] said, such disrupted chromosomes might be able to divide further, perpetuating and compounding the damage. Over decades, continued cell division would produce many unviable cells as well as a few still able to divide autonomously and seed cancer.

The genetic makeup of the cancerous cells, because of aneuploidy, bears strikingly little resemblance to our original DNA. However, the cancer still shows "relatively stable chromosomal patterns." Those patterns are called karyotypes, and are a hallmark of living organisms.

[Duesberg] and his colleagues analyzed several cancers, clearly demonstrating that the karyotype is amazingly similar in all cells of a specific cancer line, yet totally different from the karyotypes of other cancers and even the same type of cancer from a different patient.

Translation: Each different case of cancer is a unique, parasitic species. And these species are flexible, adaptable, immortal and autonomous -- as long as the host survives, of course.

In a press release, Duesberg said:

Cancer is comparable to a bacterial level of complexity, but still autonomous, that is, it doesn’t depend on other cells for survival; it doesn’t follow orders like other cells in the body, and it can grow where, when and how it likes. That’s what species are all about ... Once a cell has crossed that barrier of autonomy, it’s a new species.

What's the point of all this hypothesizing, though? What are the possible benefits? Duesberg argues that gene therapy -- which attempts to prevent the genetic mutations that many believe cause cancer -- has been ineffective because it doesn't deal with the central problem of aneuploidy. Remember that in the Berkeley theory, chromosomes themselves mutate with a very low success rate, until they reach a stable karyotype, causing cancer. It could be that a treatment that budged cancer cells off from their stable genetic footing, urged them to keep reconfiguring and evolving, would be significantly more successful in curing patients of the disease rather than current treatment.