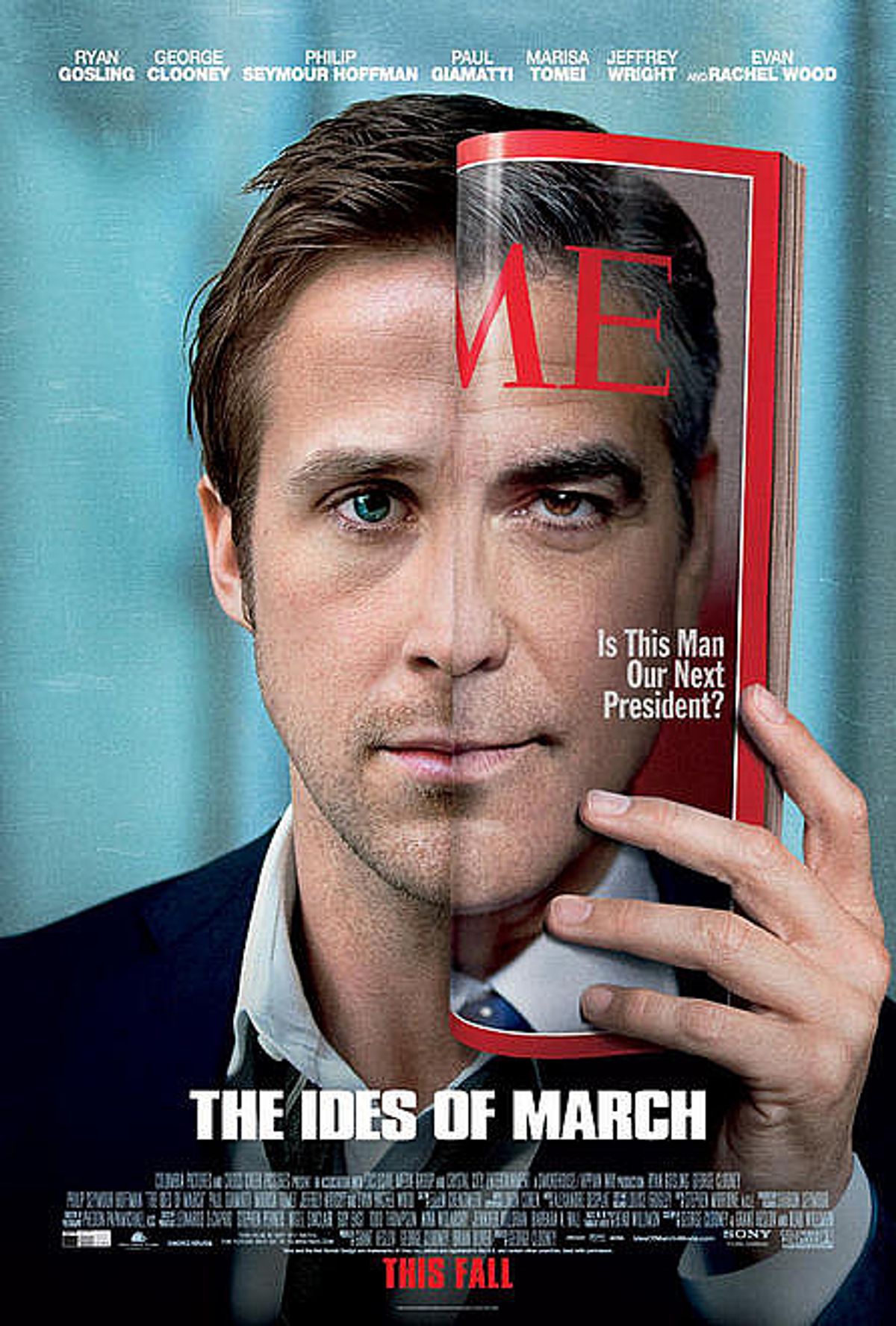 Ryan Gosling and George Clooney on the poster for "The Ides of March."
--

American filmmakers dominate the lineup of this year's Venice Film Festival, where George Clooney and four others will be competing for the Golden Lion, while Madonna, Al Pacino and Steven Soderbergh will premiere their latest directorial efforts.

All 22 movies in competition at the world's oldest festival are world premieres, organizers said Thursday. One of the 22 titles was kept secret and will be announced in coming weeks.

"We have looked for and strengthened a relationship with American cinema each year," said festival director Marco Mueller. However, he stressed that the guidelines for selecting the movies were just "to take beautiful movies, movies that would make one think and dream."

He cited Clooney's political drama "The Ides of March" as an example of a "sharp film that takes a look at today with a critical eye." The film about corruption and idealism in American politics, which stars Clooney, Ryan Gosling, Paul Giamatti and Philip Seymour Hoffman, will open the festival on Aug. 31.

Chastain, who had previously starred in "The Tree of Life," also appears in Pacino's "Wilde Salome."

The lineup suggests a star-studded red carpet, though Mueller would not say which stars will attend the festival.

Among the most highly-anticipated events is Madonna's second feature film, "W.E." The movie intercuts between the romance of a modern woman (Abbie Cornish) and the relationship of American socialite Wallis Simpson and Britain's King Edward VIII, who abdicated the throne for love in the 1930s.

The festival runs through Sept. 10. The jury awarding the Golden Lion and other official prizes is headed by American director Darren Aronofsky.