Rep. Joe Walsh not very hawkish on debt he owes to ex-wife 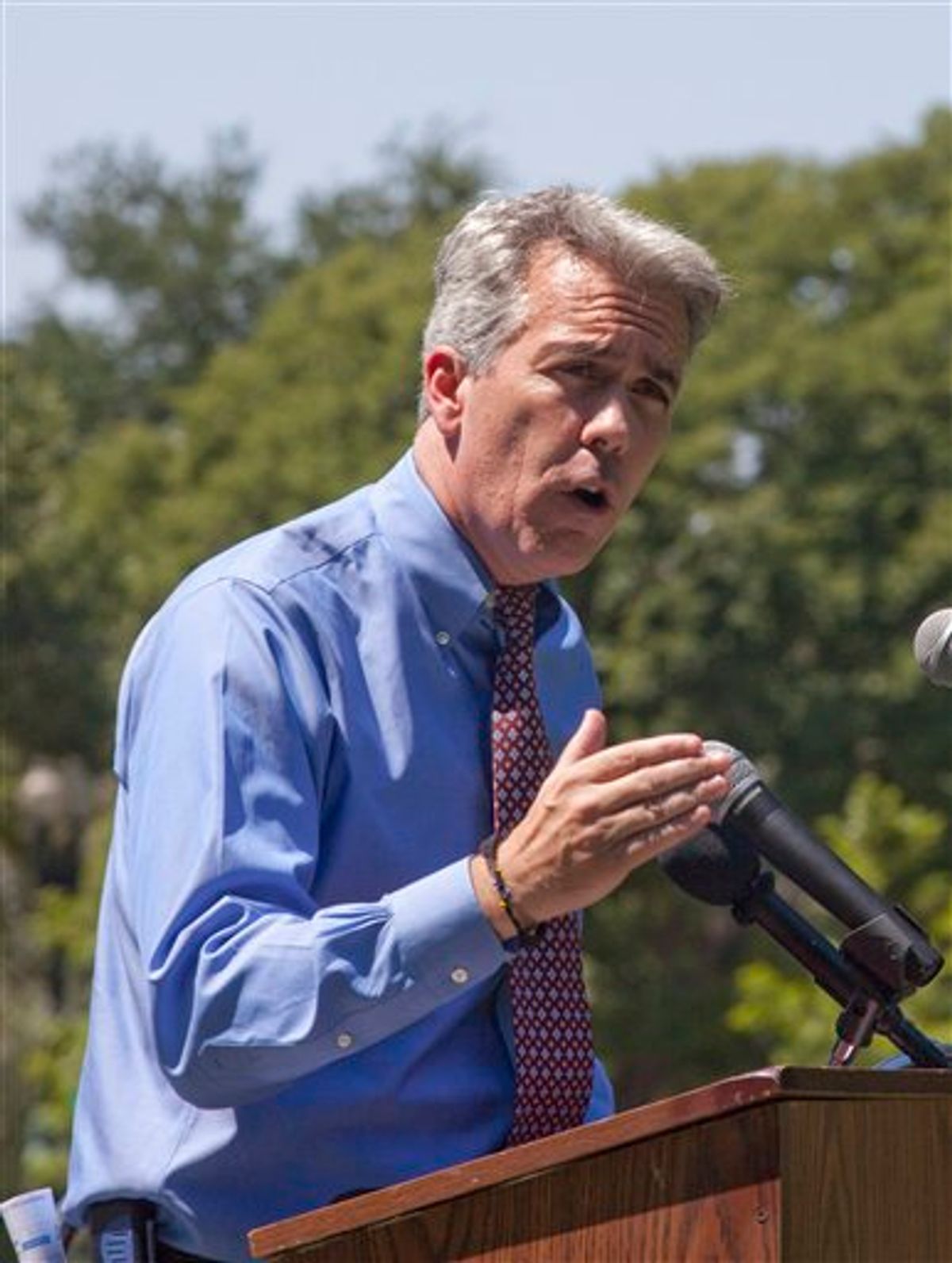 Joe Walsh refuses to saddle his kids with one more penny of government debt, or, alternately, one penny of his congressional salary.

The Chicago Sun-Times has a big story on the Tea Party Freshman -- who is on TV 100 times a day shouting about how we need to balance the budget -- and the $117,437 he owes his ex-wife, which she has been attempting to collect for years.

You know how bad pundits and annoying politicians like to pretend the Federal government is like a household when they talk about how we need to balance our books? If we take that flawed analogy seriously, it does not really make a lot of sense to trust the budget to someone Joe Walsh, a private sector failure who is hundreds of thousands of dollars in debt, whose condo was foreclosed on, and who is unable to make his child support payments. On a six-figure salary! And he's dumb enough to pay for his health insurance out of pocket instead of getting it through his workplace -- with a wife with a preexisting condition -- to prove some inane point. Meanwhile, while he was semi-employed and not paying his ex-wife for his children's expenses, he was apparently going on multiple foreign vacations. And he loaned his congressional campaign $35,000. This guy's horrible at budgets and living within his means! He should not be allowed anywhere near debt ceiling negotiations! (The Joe Walsh Balanced Budget Act: Don't pay any of your creditors and spend most of your time arguing with Chris Matthews.)

Walsh is an outspoken camera-hogging Tea Party die-hard in a not-particularly safe suburban Chicago district. Though he may switch districts and mount a primary run against another Republican in 2012, in which case his unrepentant Tea Partyism could turn out to be quite helpful. Not really this stuff, so much, though primary voters often favor "shouting a lot" over "accomplishing things." (That's the Anthony Weiner story, too.)

Also, fun fact from the Sun-Times: "Walsh is not the only current congressman with an order withholding part of his paycheck for child support, said Dan Weiser, a spokesman for the U.S. House of Representatives." Hah, what?

Update: The Sun-Times has altered the bit quoted above, which now reads: "Congress has withheld child support money from members’ paychecks over the years when ordered by a court, said Dan Weiser, a spokesman for the U.S. House of Representatives." The point is, Walsh is not the only congressperson to have child support withheld, by court order. (In addition, while the first line is a joke, it is not a strictly factually accurate joke -- Walsh does have money deducted from his paycheck for child support, but not for the past-due money he owes his ex-wife.)