The painful price of deficit hysteria

For decades, the right has used debt fears to attack the social safety net -- while Democrats have played along 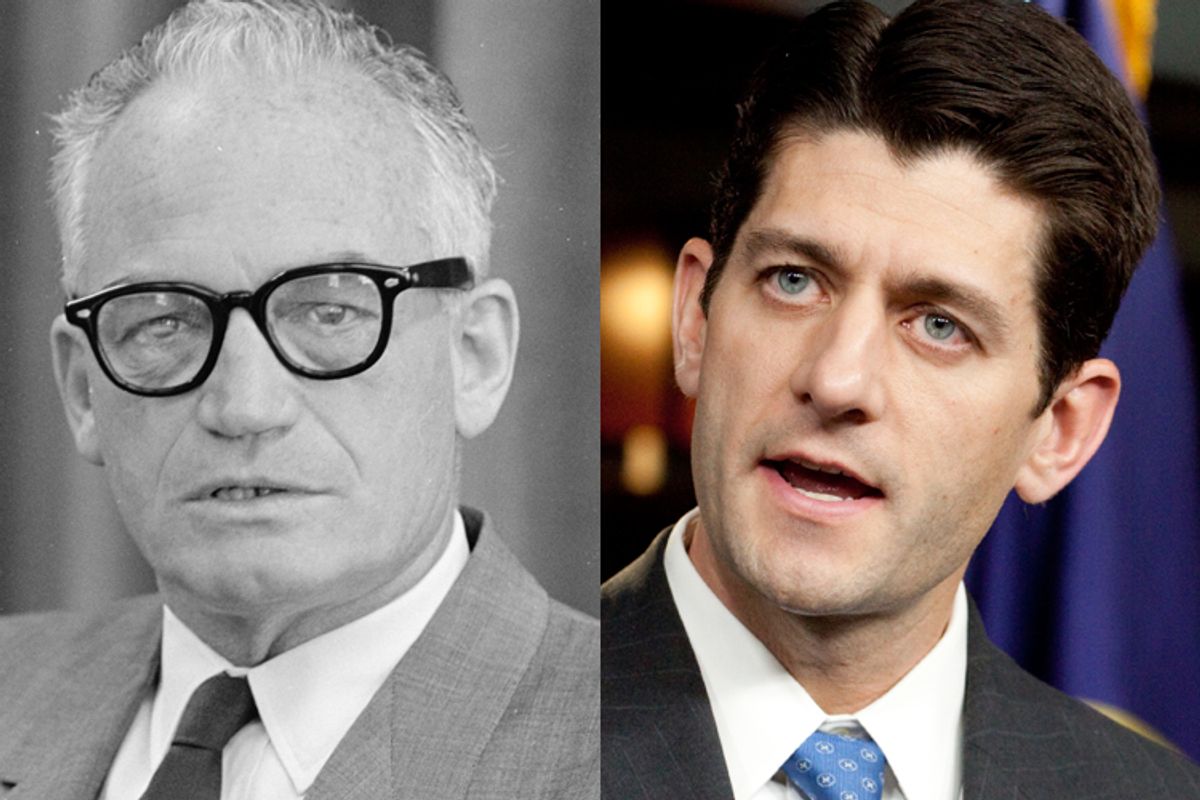 Regardless of the outcome of the debt ceiling debate, conservatives have already scored a major victory over liberalism. Even if President Obama emerges from the struggle in stronger political shape than the GOP, the fiscalization of American politics -- meaning the focus of debate on deficits and debt -- constitutes a powerful blow to liberal Democrats who once hoped that President Obama's election would herald a new era for their cause.

Liberals were wrong. Conservatives, who have a mediocre field of presidential candidates and who don't control the Senate, have been able to stand their ground.

Perhaps one of their most lasting accomplishments since the midterm elections has been their ability to shift national debate toward the problem of deficit reduction. While there has been disagreement among politicians and economists about whether this is the correct time to deal with this issue given the laggard state of the economy, conservatives have won the battle. Even Nancy Pelosi said this week, "It is clear we must enter an era of austerity, to reduce the deficit through shared sacrifice."

We are all fiscal conservatives now, at least on paper.

None of this should come as a surprise. Focusing on deficit reduction has been a long-standing strategy for proponents of conservatism ever since modern liberalism took hold in the 20th century. Whenever liberals make progress on their policy agenda, conservatives' best bet has been to talk about the budget. While it is difficult to directly oppose many government programs, since the public tends to support specific services, it is easy to raise fears about overall costs. Those are just numbers, not programs. Moreover, budget-balancing has long been symbolically important to many Americans. As the political scientist James Savage has shown, a balanced budget represents to many citizens the perception that the government maintains control over its operations.

In the mid-1930s, conservative Democrats and Republicans began using FDR's record of deficit spending as one of the key arguments in their attacks on him. Lewis Douglas, the Arizonan who had served as budget director for one year before leaving the administration in frustration, warned that, "There was a time not so long ago when even a million dollars seemed a rather stupendous figure. But now the word 'billion' is bandied about freely." In 1937, listening to the warnings of Secretary of Treasury Henry Morgenthau, who shared Douglas' concerns, FDR agreed to start balancing the budget by cutting spending. The result was the "Roosevelt Recession" that undercut the administration's standing and triggered another round of economic turmoil. Roosevelt eventually changed his tune, defending deficit spending as a stimulant to the economy (and, during World War II, as essential).

The conservative coalition in Congress, which consisted of Southern Democrats and Republicans, again used deficit reduction as a weapon to bludgeon liberals in the 1960s. After President Lyndon Johnson and the Democratic leadership in Congress dramatically expanded the scope of government through the Great Society, conservatives responded by warning of the budgetary costs of these efforts. Sen. John Williams of Delaware declared in January 1966, the same month that Johnson told Congress the nation could afford Guns and Butter, that if the current trends continued, "we will be confronted overnight with a drastic proposal to raise the taxes or we will have a tremendous increase in the deficit and the resulting wild inflation."

While the opposition to LBJ had many sources, including a racial backlash and mounting anger over Vietnam, the deficit was paramount. Johnson certainly understood that this was a huge political problem, especially after the conservative coalition expanded in size in the '66 midterm elections, and in 1967 he grudgingly proposed a tax increase to lower the deficit and dampen inflation. The conservative coalition forced the administration to accept much steeper spending cuts than they were comfortable with in exchange for passing the tax surcharge. The battle over the deficit, which culminated in a surcharge and spending cuts in 1968, ended Johnson's efforts to build new social programs and helped usher in a period of conservatism.

And the conservative attacks on deficits never ended. Ronald Reagan used this issue in his rise to power, as did congressional Republicans in the 1994 midterm elections. The first piece of legislation proposed in the Newt Gingrich-led GOP's "Contract With America" was the Fiscal Responsibility Act -- "a balanced budget/tax limitation amendment and a legislative line-item veto to restore fiscal responsibility to an out-of-control Congress, requiring them to live under the same budget constraints as families and business." And, of course, in the Obama era, Republicans have used warnings about deficits to curtail the president's legislative ambition.

The irony is that Republicans actually have a terrible record when it comes to balancing the budget. Ronald Reagan and George W. Bush left the nation's fiscal house out of order, and the one Republican who took deficit reduction seriously, George H.W. Bush, paid a steep price for accepting tax increases as part of a budget package in 1990; Gingrich and the right never forgave him. Meanwhile, there have been many Democrats, including President Clinton, who have taken aggressive steps to curb the deficit.

What conservatives have been good at, though, is using deficits as a tool for their own political purposes. When the debate turns to this issue, they tend to be the beneficiaries -- and liberalism tends to be the loser.

The reasons for this are numerous. For one, Democrats are generally on stronger political ground when the debate is focused on needs and services -- not numbers. Polls have shown that when Americans are asked about specific programs they tend to support them. However, when they're asked about government at an abstract level, they frequently say they prefer markets. For the right, talking about deficits keeps public attention away from specific policies, where their views may not be popular. This is also why Republicans like to speak in broad terms about achieving budgetary target, rather than targeting specific programs and services.

Obsession with deficit reduction also tends to be uneven. This has helped conservatives to shield expensive programs and policies that they like from budgetary scrutiny -- military spending, tax loopholes and tax increases. Reagan, who loved to condemn Democratic spending, vastly increased deficits by expanding the Defense budget. Whenever he was asked what he would do if it came down to a choice between defense and deficits, Reagan would say: "I always said national security would come first, and the people applauded every time."

The focus on deficits also prevents existing programs from being updated. Eliminating federal programs is always politically difficult, but it's not as hard to slowly starve them to death. This has been one of the subtlest ways in which programs have been eroded. By putting the deficit front and center, there is less support for increasing funding for anything, and the game in Washington changes to protecting the status quo. As a result, federal programs such as the minimum wage have languished because they are not updated in value even as the cost of living continues to rise.

And then there's the fact that deficit debates help conservatives crowd out support for policies that stimulate economic growth. Many liberal economists are adamant that now is the wrong time to be pursuing deficit reduction, given the negative consequences spending cuts could have on the economy. But when presidents (like Obama now) turn their full attention toward deficit reduction, they usually put away tools that they have at their disposal to help citizens through hard economic times.

If liberals don't change the terms of debate, they won't be able to make much progress in coming years. Obama might win reelection and Democrats might retain control of the Senate in 2012, but that alone won't create more room for liberal values in the national debate. Even after the '12 election, deficits will still loom large and Democrats will be under pressure to play the role of Republican-lite.

Julian E. Zelizer is the Malcolm Stevenson Forbes, Class of 1941 Professor of History and Public Affairs at Princeton University and a fellow at New America. He is the author and editor of numerous books that examine U.S. political leaders, policies, and institutions since the New Deal. His most recent books are Jimmy Carter, Arsenal of Democracy, and Governing America: The Revival of Political History. He is also a weekly columnist for CNN.com.