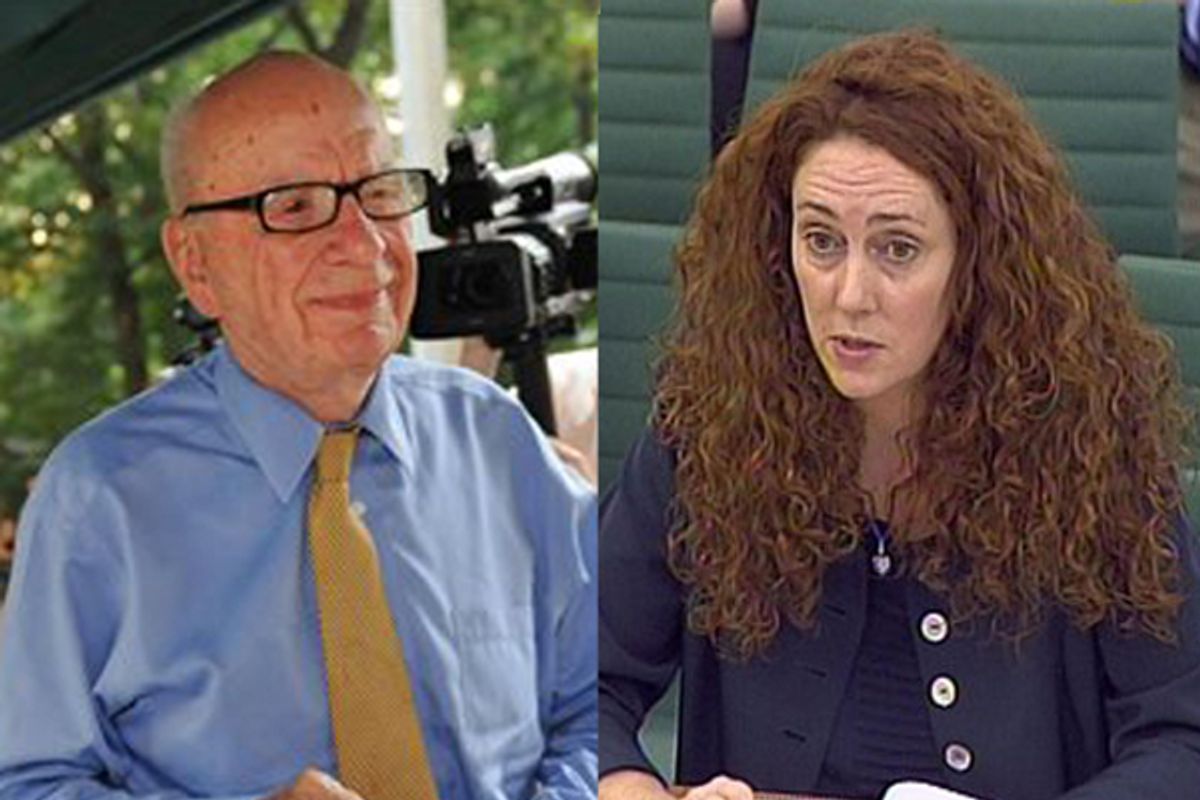 So you know how News Corp.'s News of the World tabloid illegally accessed the voice-mail boxes of the victims of crimes, including a missing girl who'd been killed? There was another missing girl, whose mother was befriended by then News-editor Rebekah Brooks, whose name was not in the notes of News of the World's private detective: Sarah Payne, who later turned up murdered. Payne's mother, Sara Payne, was so grateful for the friendship of Brooks that in News of the World's farewell issue, she wrote a column thanking the staff of the paper.

Sara Payne, whose eight-year-old daughter Sarah was abducted and murdered in July 2000, has been told by Scotland Yard that they have found evidence to suggest she was targeted by the News of the World's investigator Glenn Mulcaire, who specialised in hacking voicemail.

The evidence relates to a phone given to Sara Payne ... by Rebekah Brooks. So, this is, astoundingly, a brand-new low.

Meanwhile, the former staffers of News of the World, all of whom were forced to take the fall for Rebekah Brooks before she resigned (and was arrested), have been offered new News Corp. jobs. In IT, and Siberia, among other unglamorous places.