Chris Christie is reportedly fine after having difficulty breathing today 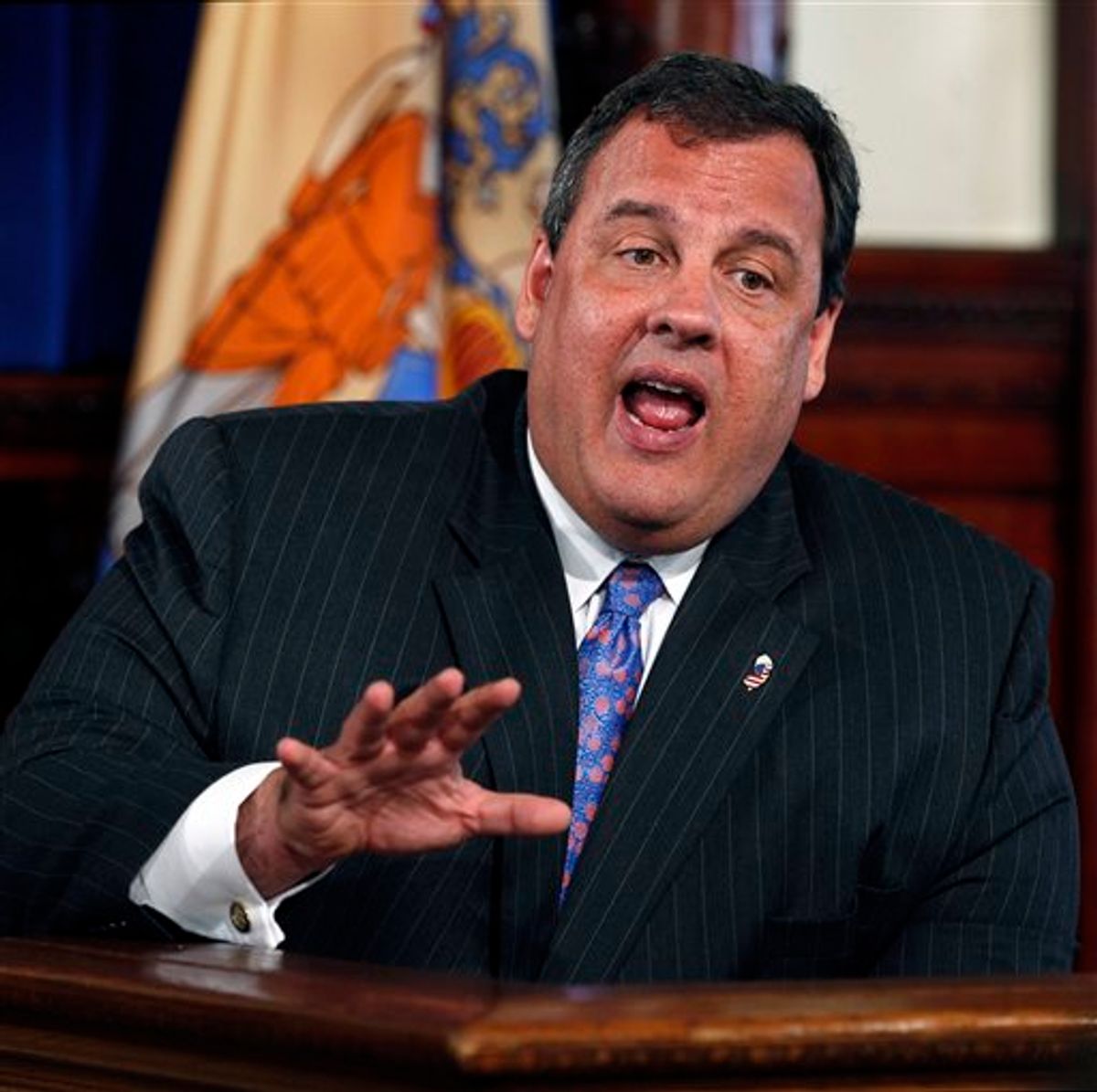 New Jersey Gov. Chris Christie gestures Tuesday, July 19, 2011, in Trenton, N.J., as he says Billionaire businessman Ken Langone, the co-founder of The Home Depot, and other Republican donors he met with earlier Tuesday didn't persuade him to run for president. The first-term governor and GOP favorite continues to be talked about as a possible challenger to President Barack Obama, but his answer has consistently been 'no.' Christie met Langone and the others in Manhattan. Afterward, the governor reported: "I said nothing different to him today than I've said to other folks in the past." (AP Photo/Mel Evans) (AP)
--

New Jersey Gov. Chris Christie expects to be released from a hospital Thursday night after undergoing tests because he had difficulty breathing.

Christie's deputy chief of staff, Maria Comella, tells reporters that Christie walked into Somerset Medical Center around 10:30 a.m. He was headed to a bill signing when he began to feel unwell and was driven there by his security detail.

Comella says the governor plans to speak to the media when he leaves the hospital.

His wife, who is at his side, plans to attend their son's baseball game later Thursday.

The 48-year-old governor, who uses an inhaler for asthma, was driven to the hospital by his state police security detail out of an "abundance of caution," said Christie spokesman Michael Drewniak. All indications are the governor will be OK, Drewniak said.

Maria Comella, Christie's deputy chief of staff, told The Associated Press that Christie is "fine and in charge." Close friend and adviser Bill Palatucci said Christie was "getting tests and working from the hospital."

Friends said his wife, Mary Pat, was at his side. Lt. Gov. Kim Guadagno was in her office at the Statehouse.

Christie canceled his monthly "Ask the Governor" radio show, which was scheduled for Thursday night.

In addition to a breathing examination, doctors likely were performing other tests to rule out complicating factors, said Dr. Mark Rosenberg, who heads the emergency medicine department at St. Joseph's Regional Medical Center in Paterson, N.J., and is not involved in Christie's care. Those tests might include an EKG to rule out heart problems, blood tests and chest X-rays to look for pneumonia or other infections.

"All breathing problems should be considered a medical emergency until proven otherwise," Rosenberg said.

Christie, a former federal prosecutor who took office 18 months ago, has drawn praise from fiscal conservatives and complaints from unions for efforts to trim benefits for public employees as part of steep budget cuts. His national profile also has risen, in part, for his frank and sometimes confrontational exchanges with the media.

The governor attended an education conference and a congressional fundraiser in Iowa on Monday, where he again told reporters he was not running for president. He has said that his four school-age children and further goals in his first term rule out a White House bid, but Republicans continue to court him.

Christie has been open about some of his health problems.

He has long struggled with his weight, which he said he started putting on after high school when he stopped playing organized sports. He's tried dozens of diets over the years with varying success and has shed some pounds in recent months.

His weight came up during his 2009 campaign against Democrat incumbent Jon Corzine, who ran an ad accusing Christie of "throwing his weight around" to get out of traffic citations while he was U.S. attorney. Christie confronted the ads head on, telling Corzine to "man up and say I'm fat."

In April, Christie told a town hall meeting in Hamilton, "I'm an asthmatic and I take an inhaler every morning."

He soon gained national exposure by overseeing two major terrorism convictions and the convictions of dozens of public officials on corruption charges.

In 2007, Corzine was seriously injured in a car accident on the Garden State Parkway. Corzine's femur bone was broken in two places and he sustained a broken sternum, six broken ribs on each side, a head laceration and a minor fracture on a lower vertebrae.