This week in global-warming denial

Why is a questionable study from a controversial researcher overshadowing actual science? 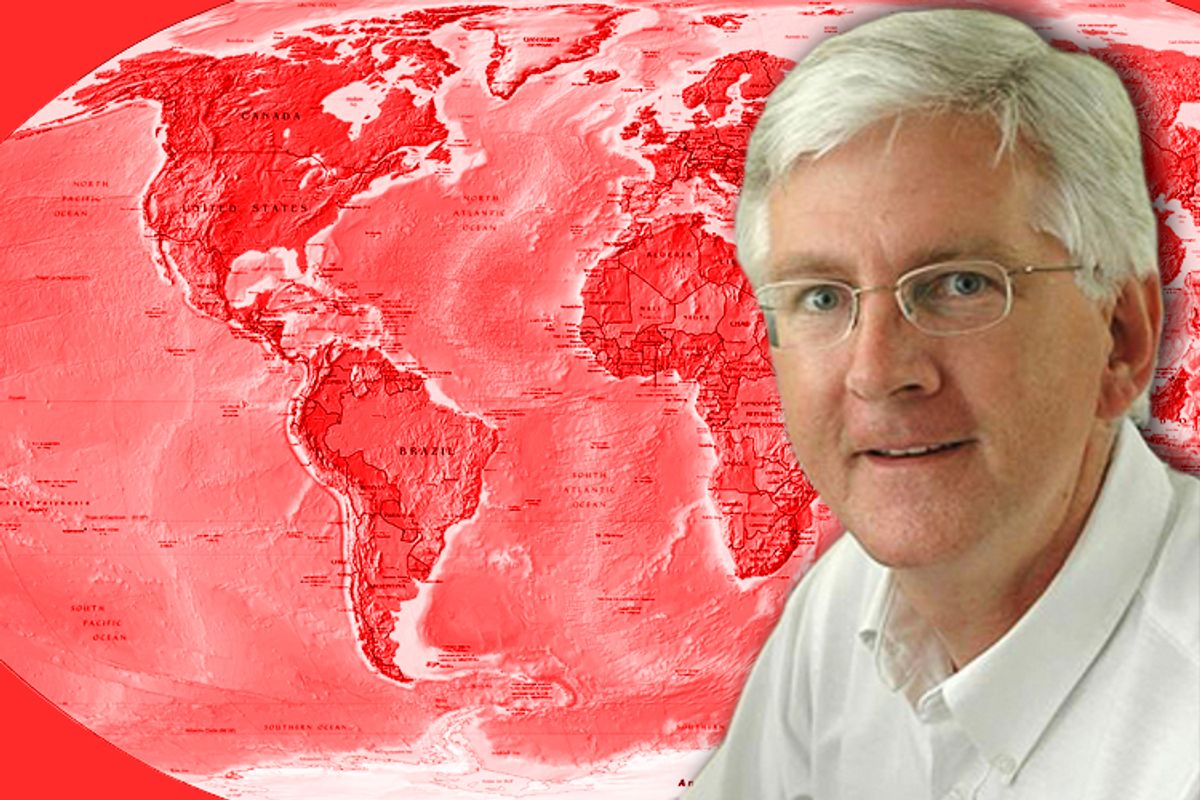 July has been marked by an abundance of new evidence and arguments that point to the adverse effect of man-made climate change. But, surprisingly, it's been a controversial study from a controversial scientist that has generated the most buzz. Unsurprisingly, a slew of prominent right-leaning websites are pointing to it as proof that global warming is a hoax.

The report, by University of Alabama scientist Roy Spencer and published in the peer-reviewed journal Remote Sensing, argues that heat is actually escaping from Earth much more quickly than current climate models predicted. This assessment, if accurate, could mean that the dramatically rising temperatures that scientists currently anticipate would not ultimately occur. The hypothesis hinges, as LiveScience points out, on the idea that clouds trap heat in our atmosphere, not carbon dioxide, and there's nothing we could, or should, do to affect that.

Of course, in the highly charged arena of global-warming politics, a study like this is catnip for climate-change deniers. Forbes columnist James Taylor sparked a furor on Wednesday when he published a piece that claimed: "New NASA data blow gaping hole in global-warming alarmism." From there, the usual suspects (e.g., Fox News, the Daily Caller, NewsMax) piled on, along with the International Business Times, the Newark Star-Ledger, the Kansas City Star and other outlets.

But what exactly does the science say?

According to prevailing theories on climate change, carbon emissions warm up the atmosphere, which causes greater quantities of water around the world to evaporate. This, in turn, increases the rate of cloud formation, which exacerbates the warming. (While greenhouse gases are certainly effective at trapping heat in our atmosphere, clouds are even better at it.) The additional warming causes even more evaporation, followed by cloud formation and more warming, still. This kind of self-reinforcing cycle is called a "positive feedback loop," and it's a central idea in climate-change science.

But Spencer argues -- pointing to NASA satellite data from 2000 through 2011 -- that temperatures, as they actually occurred, didn't match up with projections from climate-change models. He argued that cloud formation was a much better predictor of temperature, and that random cloud generation -- dictated by the chaos of global weather patterns, not by greenhouse-gas emissions -- is what really drives changes in temperature.

But there are very real problems with Spencer's analysis, according to climate scientists. LiveScience interviewed several experts, none of whom agreed with the conclusions of Spencer's research. One NASA climatologist pointed out that nobody -- including Spencer -- knows what causes the mismatch between temperature projections and satellite-based climate data. Others blasted Spencer's conclusion (that cloud formation drives temperature change) as unrealistic. Others still questioned the statistical significance of his findings. The overwhelming sentiment is that the satellite data is inconclusive, but when compared against a large body of evidence from other sources, Spencer's findings seem unremarkable.

Then there are the curiosities of Roy Spencer himself. As Discover's "Bad Astronomy" blog points out,

[Spencer] is an author for the über-conservative Heartland Institute (as is James Taylor, the author of the Forbes article), which receives substantial funding from — can you guess? — ExxonMobil. He is also affiliated with two other think tanks funded by ExxonMobil.

Not to mention that Spencer's satellite-based research has been disputed, and refuted, in the past. In 2005, he and a colleague were compelled to apologize for a report in which they suggested that the lowest layer of our atmosphere is cooling, when the data he used actually supported the entirely opposite conclusion.

What may be most galling is that, while Spencer and his study hog the majority of attention, a whole spate of other climate-related developments paint an incredibly bleak picture for the future of our planet.

According to a report issued by the United Nations earlier this month:

It is rapidly expanding energy use, mainly driven by fossil fuels, that explains why humanity is on the verge of breaching planetary sustainability boundaries through global warming, biodiversity loss, and disturbance of the nitrogen-cycle balance and other measures of the sustainability of the earth’s ecosystem.

At the same time, a group of American researchers released a study showing that rising temperatures in the Arctic could exacerbate climate problems as massively carbon-producing forest fires light up the once-permafrost region.

And, even looking beyond the statements of credible sources, both in academia and on the world stage, ample evidence contradicts Spencer's conclusions. The vicious confluence of weather anomalies in recent years -- and, even just this year we've seen a rash of devastating floods, tornadoes and droughts -- suggest that shifting climate patterns are having adverse and wide-ranging effects on our ecosystem.

In fact, the National Oceanic and Atmospheric Administration estimated that extreme weather in the U.S. has caused $32 billion worth of damage so far this year. Eight such disasters have cost more than $1 billion each, one shy of a record.

Given the abundance of bad news about the impact of climate change, it's surprising that the one study that does garner attention has only the weight of a discredited contrarian to back it up.