Stewart: I thought we already took care of this... 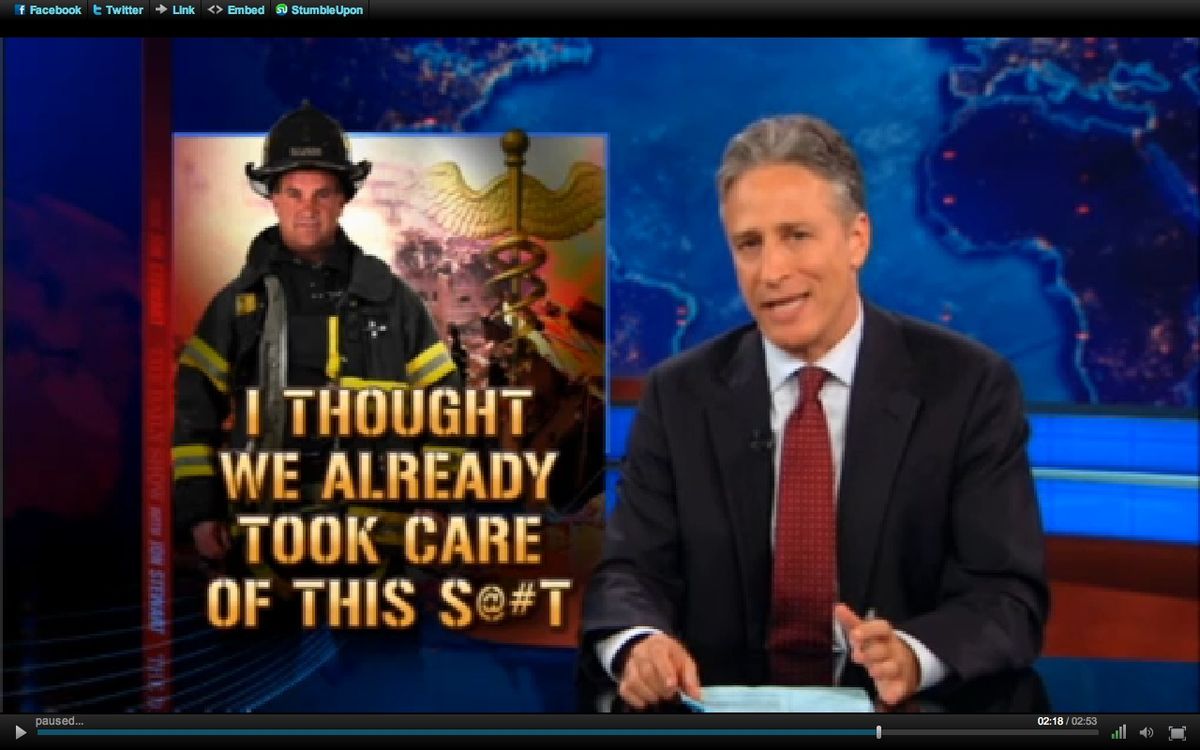 The bill passed, but Stewart still has reason for outrage. It was announced Tuesday that the compensation fund will not cover the costs of cancer treatment.

Administrators say that there are inadequate "published scientific and medical findings" that a causal link exists between 9/11 exposures and the occurrence of cancer in responders and survivors. A number of medical experts have argued otherwise.

"I thought we already took care of this sh*t," said Stewart on Thursday night, astounded that the fund covers coughing, laryngitis, and carpal tunnel syndrome -- but not cancer -- "The one disease you seem to disproportionately be getting."