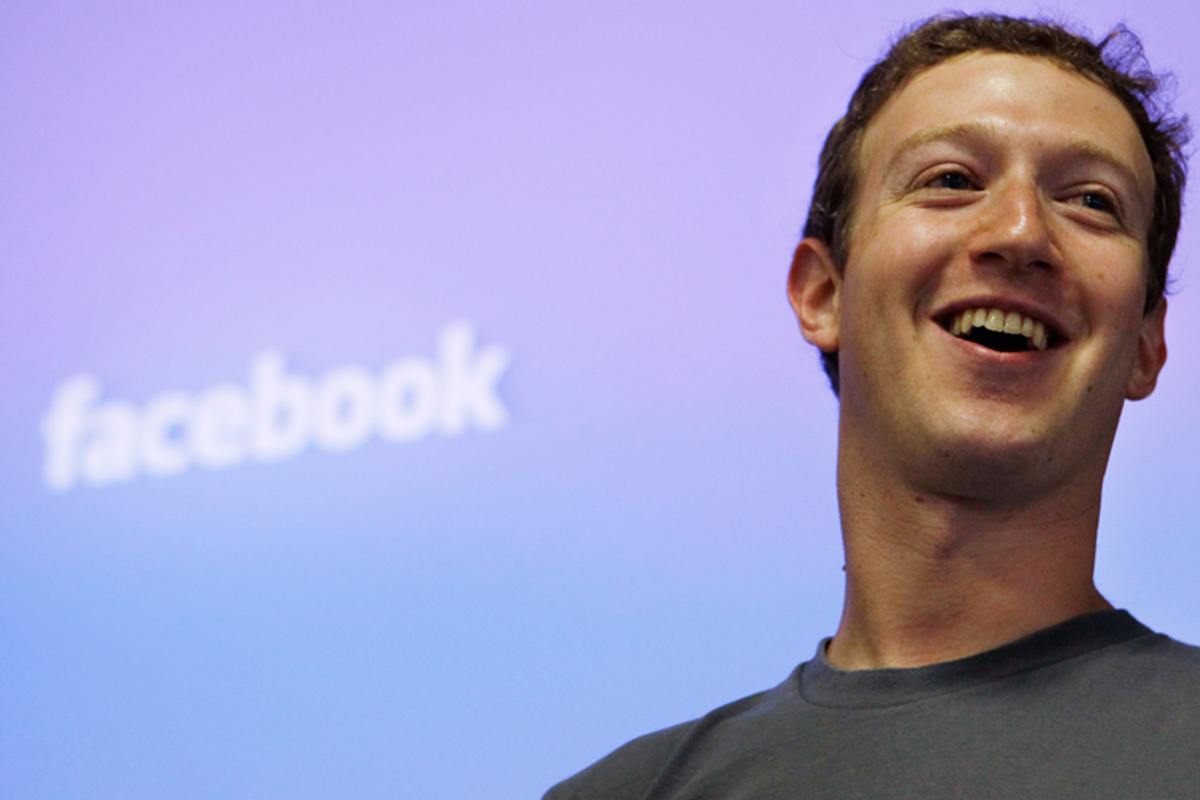 NEW YORK -- Sometime in early 2013, if current trends hold steady, the number of Facebook users worldwide should exceed the population of China.

Call it a coincidence, but now it seems China wants a piece of the action.

Last month, analysts who monitor China's gargantuan sovereign wealth fund detected signs that a deal was in the works to buy a huge stake in Facebook. Neve rmind that access to Facebook has been blocked in China since 2009.

The fund, known as the China Investment Corporation (CIC), is a $332 billion portfolio that seeks to earn money from the government's massive export earnings. It operates in almost complete secrecy, as do many sovereign wealth funds in the Persian Gulf, Russia and elsewhere. These have grown into major economic players over the past 20 years.

But a number of high-profile investment websites have quoted "inside sources" describing efforts by Citibank to secure for China a stake in Facebook large enough "to matter," according to Business Insider. Citibank, incidentally, is undertaking a major expansion in China.

The logic behind such a deal from China's perspective is clear.

Politics aside, Facebook is one of the most sought after share offerings in history. The economics just make sense.

But many believe China has more than profits in mind.

As a factor hastening the revolutions raging across the Middle East, Facebook and other social networks represent a real threat to the Chinese Communist Party's monopoly on political power.

Minxin Pei, a China expert at the Carnegie Institute, says the Arab Spring, combined with the coming Communist Party leadership transition in 2012, has pumped up the paranoia in Beijing and led to the current crackdown on domestic dissent.

When Facebook finally goes public, the company is expected to be valued at over $100 billion. That's a daunting sum, even to the portfolio managers of China's war chest.

But the non-voting stock Facebook's IPO is offering is all that China could obtain. This would hardly allow it to steer corporate policy or even to get a look behind the curtain of Facebook's software developers.

China's leadership would dearly love such a portal into the social networking software, but even in the unlikely event that voting stock were ever offered, Congress would never allow a Chinese takeover of Facebook.

Not all China's proposed investments have risen to the level of political fights -- China State Construction Engineering Group, for example, is a major contractor on the reconstruction of San Francisco's Bay Bridge and has won contracts for work on New York City's subway. But China's foreign direct investment in U.S. corporations remains tiny -- a paltry $791 million in 2009, compared with over $43 billion invested in China by American firms that same year.

There is, however, a second benefit to getting a foot in the door at Facebook, from China's standpoint: the chance to fund the one force on Earth, other than the Communist Party's censors, which have taken software giant Google down a peg.

Google's brave decision in 2010 to close up shop in China -- leaving untold billions in potential profits on the table -- deeply embarrassed Beijing, which had sparred with the software giant over censorship of its search engine results.

Sergey Brin, Google's founder, told reporters his upbringing in the Soviet Union had definitely influenced the decision. A "hack" of Google China's database apparently was the last straw. "Our objection is to those forces of totalitarianism," Brin said at the time.

Facebook, growing at a pace of about 100 million new users every five months, will plateau sooner or later. There are only so many internet users on the planet.

And the competition is heating up with the launch of Google+, an innovative effort by Facebook's primary digital rival to stake a claim in the world of social networking. It is far too early to know if the new Google initiative will take off, or if it does, whether it will rival Facebook or just complement it.

China, of course, has plenty of other investment options. But Facebook has good reasons to tolerate a Chinese stake. China represents something of a last frontier for Facebook, whose website has been blocked by Chinese censors since its value as an organizing tool became clear during Iran's 2009 Green Revolution.

Mark Zuckerberg already had China in his sights long before rumors of the possible stock deal arose. Last December, Zuckerberg toured the headquarters of Baidu, the native-grown Chinese search engine that benefitted most from Google's decision to leave the country.

Zuckerberg has been studying Mandarin, and during a speech last year he asked, "How can you connect the whole world if you leave out 1.6 billion [sic] people?" (China's population is actually 1.33 billion.)

So far, speculation that a strategic partnership is in the works has proven unfounded. But China's investment in Facebook implies an open door to the Chinese market, which Google has now officially eschewed.

Thanks to China's "Great Firewall" that allows most people to connect only to state-approved sites, Facebook has a relatively small footprint in China. But growth has taken off since the New Year, going from 100,000 in January to approximately 700,000 today.

Analysts believe Zuckerberg's visit, combined with the software's notoriety in recent Arab uprisings, has driven a particularly motivated digital elite in China to "vault" the Great Firewall using virtual public networks, which Western nonprofits have made available in their cat-and-mouse battle with the censors.

This is small potatoes in China, of course, which has 450 million internet users. But Facebook marches on. At 700 million users and rising, particularly in Asia and the Middle East, Facebook's "community" towers over anything previously unleashed by the creative mind of global capitalism.

With its chief commercial rival now moving to counter its dominance of social networks and a spotty history of protecting its users privacy, just how much would Facebook be willing to compromise to get access to China's 1.3 billion people?

At this point no one knows, but you can be sure that China's twitchy leadership isn't about to unblock the social network that rocked the Middle East unless its security officials know exactly how to track down troublesome users bent on speaking their minds.