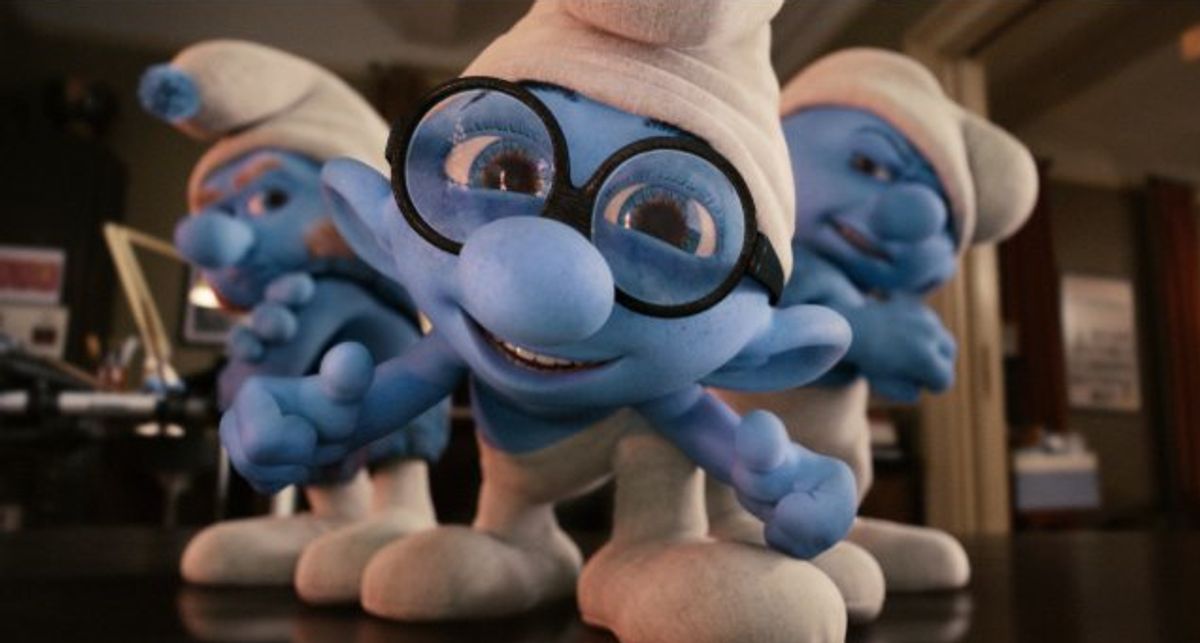 Conspiracy theories which suggested the Smurfs are Satanists, Klansmen or Nazis didn't keep kids from movie theaters. Weekend box office estimates show that viewers were at least as willing to brave a couple of hours with these big-eared blue beasts as they were to spend their money chasing some newfangled "Cowboys and Aliens."

According to Box Office Mojo, both films collected an estimated $36.2 million at the box office this weekend -- quite a surprise, given the tenor of "The Smurfs'" less-than-encouraging early reviews. (Unlike "Cowboys and Aliens," "The Smurfs" was available in 3D, so some tickets were slightly more expensive.)

Last week, much was made of the fact that "The Smurfs" was suffering a steady 0% rating on Rotten Tomatoes. (Its score has now inflated to an only slightly less depressing 20%.) The Los Angeles Times lamented: "Whether the off-color wordplay makes you cringe for fear that the kids will actually get the joke, or the 'la, la, la' song haunts your nightmares, this animated-live action hybrid is really more 3-D disaster than family comedy." Entertainment Weekly gave the film a D+, and the comparatively generous New York Times said it was "surprisingly tolerable." (In case you're still toying with a trip to the theater yourself, perhaps you should consult Movieline's "Should I see 'The Smurfs'?" flowchart.)

For the record, "Cowboys and Aliens" has a 43% score on Rotten Tomatoes. Salon's own Andrew O'Hehir wasn't a big fan -- writing, "some of its individual effects and action scenes are pretty fun ... [b]ut the movie never makes much of a case for its own existence" -- and neither was Kenneth Turan at The Los Angeles Times, who noted grimly, "When director Favreau enthuses, 'I believe that people are thirsting for something like this,' it's hard to know what universe he's talking about." However, there seems to be general agreement that the movie was well-made, if not entirely well-conceived; for his part, Variety's Peter Debruge called it "a ripping good ride."