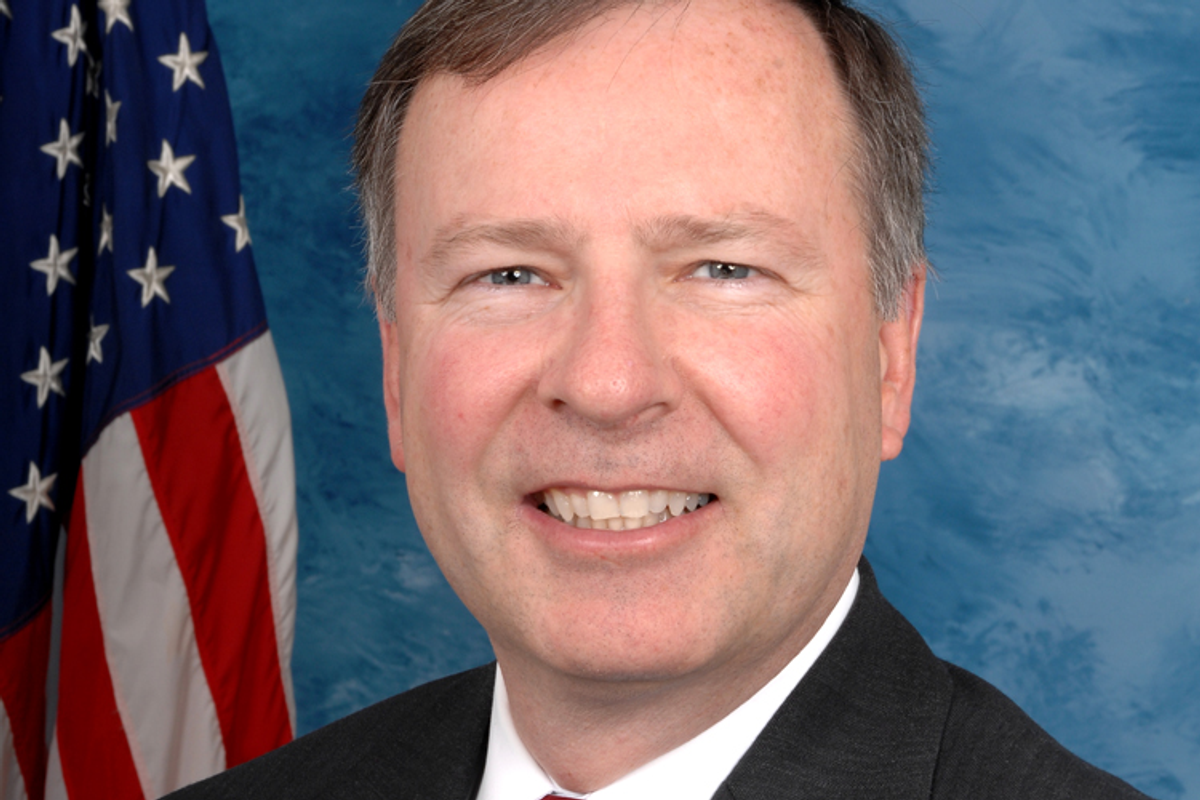 "Tar Baby" -- from time to time, this ugly racially charged phrase has come up in our political discourse. Most often, the term is applied to a situation or a thing. John McCain, for example, used it to describe divorces. Likewise, Mitt Romney used it to describe the Big Dig. In both instances, the Republican leaders apologized for using such a loaded word -- even though they hadn't used it to describe an actual person.

The same cannot be said for Representative Doug Lamborn (R-CO), who used the term to describe President Obama in a statewide radio interview on Friday. You can listen to that interview here, which we examined on my KKZN-AM760 radio show this morning. Here's the key excerpt:

LAMBORN: Even if some people say "well, the Republicans should have done this, or should have done that," they will hold the President responsible. Now, I don't even want to be associated with him, it's like touching a, a tar baby and you get it...you know you're stuck and you're part of the problem and you can't get away.

It has been questioned whether the term "tar baby" is always a racist term. In 2006, Ta-Nehisi Coates explored this issue in Time magazine. "Is tar baby a racist term?" he asked. "Like most elements of language, that depends on context. Calling the Big Dig a tar baby is a lot different than calling a person one." In this case, that context is quite clear.

This, of course, doesn't absolve McCain and Romney, who plead ignorance to the term's racial implications and then promptly apologized. But it is to say that in Lamborn's case, the ignorance plea would be absurd because he explicitly used the term to describe a black person.

Tellingly, this openly derogatory epithet comes from not just any old politician. Lamborn is a United States congressman from Colorado Springs -- one of the most conservative Tea-Party-loving districts in America. In the hard-core right-wing political circles he runs in, describing a black person as a "tar baby" is probably more than acceptable -- it may even be celebrated, especially when aimed at a political opponent like President Obama.

So while Lamborn may ultimately apologize (he hasn't yet), and while he may insist he didn't mean to use the term the way he did, the comment reveals how various forms of racism are still being mainstreamed by the fringe right. Looking away, pretending Lamborn was just using some innocuous figure of speech, or insisting that despite the McCain/Romney affair Lamborn somehow didn't know what he was doing only contributes to that larger racist trend.

UPDATE: After first calling his epithet a "misunderstanding," Congressman Lamborn has now sent a letter to President Obama formally apologizing for calling the president a "tar baby." Here is Lamborn's press release about the letter:

Congressman Doug Lamborn (CO-05) today sent a personal letter to President Barack Obama apologizing for using a term some find insensitive. Lamborn was attempting to tell a radio audience last week that the President's policies have created an economic quagmire for the nation and are responsible for the dismal economic conditions our country faces. He regrets that he chose the phrase "tar baby," rather than the word "quagmire." The Congressman is confident that the President will accept his heartfelt apology.

Sadly, rather than fully apologizing for using an obviously racist term, Lamborn felt the need to try to pretend that only "some" find the words he used insensitive.