The debt ceiling "mess" is almost over 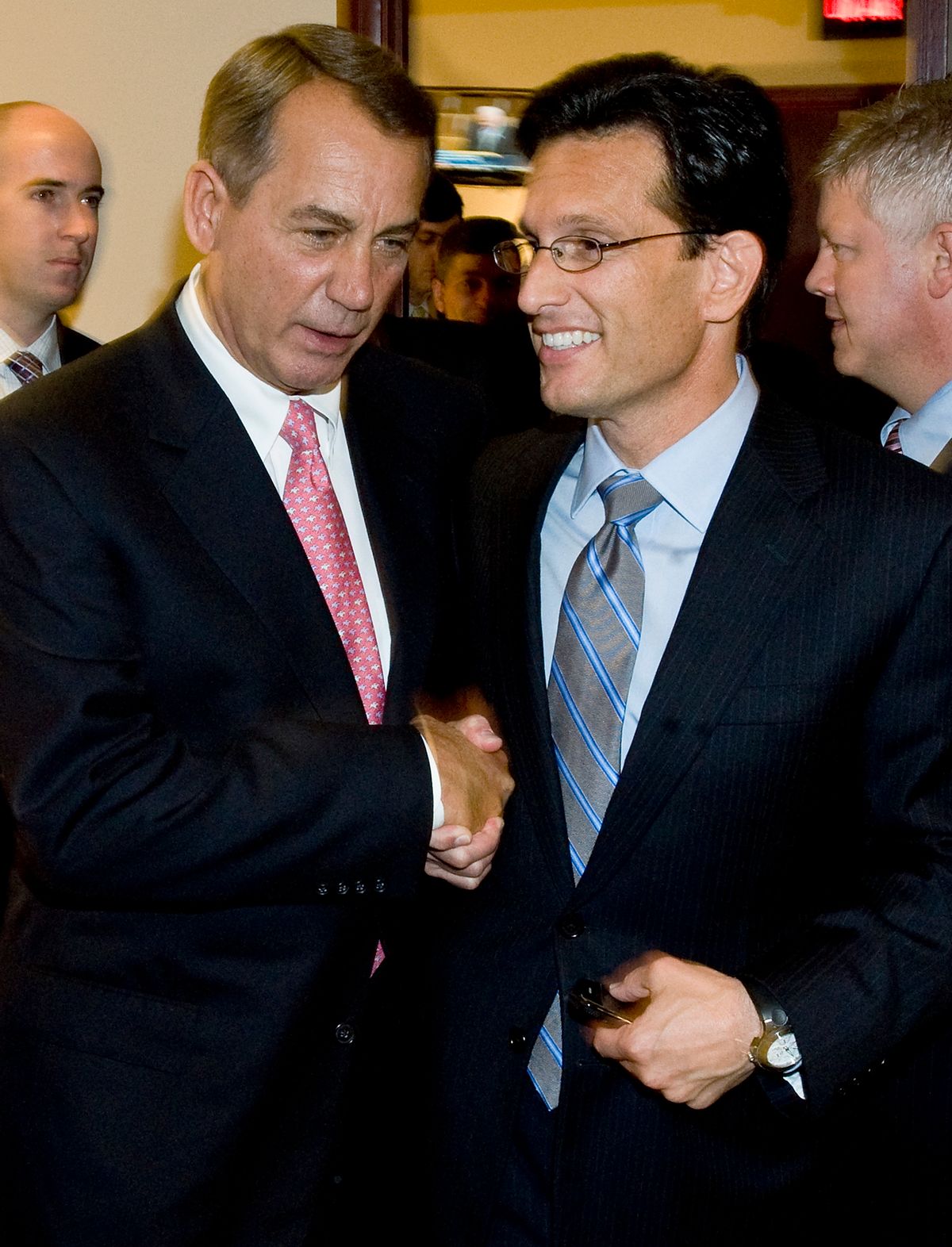 Our long national debt ceiling nightmare is almost over. Early Monday evening, the House of Representatives voted, 269-161,  to pass the deal to hike the debt limit cooked up over the weekend by Senate negotiators. Many Democrats held off voting in favor until the last minute, in an attempt to get as many Republicans to take ownership of the bill as possible. Passage in the Senate is a foregone conclusion, and the White House has already promised that President Obama will promptly sign it into law. The most dramatic moment: A surprise appearance by Gabby Giffords, D-Ariz., who came to vote for the bill and was greeted by a standing ovation.

So there will be no disastrous default. But there is also no joy in liberal Mudville. While some conservatives are grumping their dismay that all their hostage demands weren't met, or that cuts in defense spending are too high, the truth of the tale can be found easily in the gamut of partisan reaction.

The Wall Street Journal is running a lead editorial with the headline "A Tea Party Triumph."Meanwhile Paul Krugman has been reduced to posting YouTube videos of incredibly depressing Portishead songs. Triumphalism on one side, despair on the other. As Andrew Sullivan summed it up: "In a negotiation where one party is insanely committed and the other is marginally ambivalent, we all know who wins."

As for everybody else? Their reactions are likely summed up by my nomination for tweet of the day, from the Pew Research Center:

And there's more where that came from. Because if there's one lesson that Republicans are likely to learn from this drama, it's that extreme hardball is rewarded with great victories. Even when Republicans can be credibly accused of overstepping, events seem to end up ratifying their strategy.

Last Thursday, in what appeared at the time to be a massive miscalculation by the House GOP leadership, John Boehner was forced to rejigger his debt ceiling bill after it became clear that he could not deliver the necessary votes from his own caucus for passage. The failure was unexpected and embarrassing, but as some commentators warned immediately, it was a mistake to make too much of it.

Without even the necessity of a full blown market panic to force both sides to the negotiating table, Senate Majority Leader Harry Reid speedily put together a deal that most observers believe matches up more closely to the priorities of Republicans than Democrats. How this happened when Democrats controlled the White House and the Senate and appeared to be winning the public relations battle is an enduring, frustrating mystery, and will likely bedevil Obama for the rest of his term. As his own press secretary conceded:

"This was a mess. There is no question."